ABSTRACT: The leaf of Verbena officinalis was collected, air dried under the shed, powdered, soaked in and extracted with 80% methanol. The crude extract was tested for it's in-vitro antibacterial activity against S. aureus and E. coli using agar disc diffusion method. Antibacterial assay was made using extract concentrations of 250 mg/ml, 500 mg/ml, and 1000 mg/ml. The extract showed a concentration-dependent zone of inhibition against the test bacteria. The strongest activity (largest zone of inhibition, 20.38 mm) was obtained at the concentration of 1000 mg/ml against S. aureus. The minimum inhibitory concentrations (MICs) of V. officinalis against S. aureus and E. coli were determined to be 0.019 mg/ml and 0.313 mg/ml respectively. Phytochemical analysis was also conducted on the powdered leaf of the plant. Seven secondary metabolites including chromophores, polyphenols, saponin, phytosterols, flavonoids, cardiac glycosides and tannins were detected from this medicinal plant. The observed antibacterial activity could be attributed to the presence of these secondary metabolites which have been associated with varying degrees of antibacterial activities. In conclusion, the plant was found to exhibit an encouraging level of antibacterial activity. Further, studies are thus warranted to determine the antibacterial activities of the different chemical isolates of the plant. Also, in-vivo studies should be carried out to support these findings and to determine the safety and other pharmacokinetic profiles.

INTRODUCTION: Despite tremendous progress made in medicine, infectious diseases caused by bacteria, fungi, viruses, and parasites remain major health threats globally. Their impacts are particularly massive in developing countries where there is widespread unavailability of modern medicines and a high rate of emergence of drug resistance 1.

The development of drug resistance, as well as lack of availability of certain antibiotics, has to lead to the search of new antimicrobial agents mainly from plant extracts with the goal to discover new chemical entities, which overcome these problems 2. Current research on naturally occurring molecules and products primarily focus on plants since they are locally available, less costly, and can be selected based on existing ethnomedicinal claims for their uses 3. Verbena officinalis (family Verbenaceae) is a weed that is found in semiarid environments 4. It is a perennial plant which has been used for centuries as herbal medicine and health supplement in both Western and Eastern countries 5.

The plant is claimed to have an antidepressant and anticonvulsant effect. It is also suggested for its use for the treatment of jaundice, cough, cold and digestive problems 6. This plant has traditionally been used in Ethiopia for treatment of tonsillitis and pneumonia 7. Hence, it is imperative to evaluate the claimed efficacies of parts of this plant scientifically. Phytochemical analysis has also not been done on samples collected from the study area. Therefore, the objective of this study was to determine the antibacterial activity of leaf extract of Verbena officinalis and to identify its secondary metabolites.

Plant Material Collection and Preparation of Extract:The whole part of the plant, Verbena officinalis, was collected from around Mekelle City from June to September 2013. The test plant was taxonomically identified at the herbarium in the Department of Biology, Mekelle University Fig. 1. The leaf of the plant was air-dried at room temperature under the shed, and crushed by grinder machine. The crude extract was prepared according to the procedure described by Shewit et al. 8 The dried leaves were powdered, measured and macerated three times in 80 % methanol for about 72 h. After 72 h, the filtrate was concentrated by rotary evaporator under reduced pressure. The crude extract was kept in a closed container in a refrigerator at 4°C until used for the test. 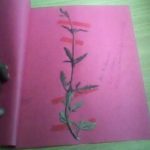 Bacterial Inoculums Preparation: Two species of bacterial isolates, Staphylococcus aureus and Escherichia coli, were used for this test.  The test bacteria were obtained in their lyophilized form from the National Veterinary Institute of Ethiopia. The bacteria were then revived on nutrient broth. Finally, the revived bacteria were grown on selective media, i.e. Staphylococcus aureus on manitol salt agar and Escherichia coli on MaConkey for confirmation. Then, the confirmed bacteria were sub-cultured on nutrient agar to get separated colonies. Finally, the separated colonies were suspended in sterile 0.85% saline solution.

Disc Diffusion: The standard disc diffusion assay method adapted from Taylor et al., 9 was used for this study. The turbidity of actively growing bacterial suspension was adjusted to 0.5 McFarland standards. Then, the bacteria adjusted to 0.5 McFarland standards were inoculated on Muller Hinton Agar using sterile swabs. The plant extract was dissolved in dimethylsulfoxide (DMSO). Then, discs which were prepared from sterilized filter paper were impregnated with the dissolved extracts.

The extracts were prepared at three different concentrations (250 mg/ml, 5000 mg/ml, and 1000 mg/ml). For negative control, discs impregnated with DMSO were used, and a standard antibiotic (cefoxitin 30 µg/disc) was used as positive control. Each extract concentration was tested eight times. The discs were applied on the cultured dish by sterile forceps approximately equidistance to each other. Then Petri dishes were incubated for 20 hours at 35 °C. Finally, diameters of the zones of inhibition as indicated by clear area were measured by using the digital caliper.

Minimum Inhibitory Concentration (MIC) Determination: The minimum inhibitory concentration was determined by microdilution method according to Andrews 10, with slight modifications. Briefly, 25 µl of the plant extract (20 mg/ml of DMSO) and 20 µl of bacterial suspension (adjusted to 0.5 McFarland standards) were added to 200 µl of broth in the first two wells of 96-well plates. Then, this procedure was repeated by two-fold serial dilutions of the plant extract across the rows up to the 10th column.

Cefoxitin was used as a positive control, inoculated wells of antibiotic-free broth were used as negative control, and un-inoculated wells of antibiotic-free broth were used to check sterility. Then the plates were covered with plate sealing tape and incubated at 37 °C for 20 h. Finally, the lowest concentration of the plant extract at which there was no visible bacterial growth was taken as minimum inhibitory concentration.

Phytochemical Analysis: Phytochemical analysis of the plant was conducted to determine the identity of secondary metabolites. The analysis was done according to the standard procedures described by Sofowora 11.

Data Processing and Analysis: Data on the diameter of zones of inhibition was analyzed by SPSS Version 17 software. Zones of inhibition were expressed as mean ± SD. Statistical analysis was also undertaken by one-way analysis of variance (one way ANOVA) test coupled to Least Significant Difference (LSD) to compare results from different extract concentrations, and also the effectiveness of the test plant against the different bacteria. The result was considered statistically significant at 95% confidence level and P-value<0.05.

The Yield of Crude Extract: Initial screening of plants for possible antimicrobial activity was carried out by first preparing crude extracts obtained using 80% (v/v) methanol. The total yield of the crude extract obtained was 8.92%.

Phenolic compounds isolated from medicinal plants strongly inhibited the growth of Staphylococcus aureus, Bacillus cereus, and Escherichia coli 13. Sellami et al., also confirmed the antibacterial activity of flavonoid from extracts of different spices of plants by using the agar well diffusion method 14. The antimicrobial activity of Verbena officinalis was also confirmed by Casanova et al. 15 who reported that flavonoids isolated from Verbena officinalis showed antifungal inhibition of up to 87%.

Antibacterial Activity of Verbena officinalis Crude Extract: The results of the antibacterial activity of the methanol extract obtained from Verbena officinalis are presented in Table 2. The extract showed a concentration-dependent zone of inhibition which is statistically significant (p<0.05). The tested plant showed a higher zone of inhibition (p<0.05) against S. aureus than E. coli at all concentrations.

Results of this study showed that crude Verbena officinalis leaf extract has varied antibacterial activities against both of the tested organisms. This suggests that the extract of this plant has a broad spectrum of antibacterial activities. This correlated with the finding of previous studies that reported the presence of antimicrobial substances within the leaves of the plant as described by Kubo et al. 18 However, these antibacterial activities were observed to be significantly lower than that of cefoxitin, the standard antibacterial drug used as positive control in this study. This could probably be because the sample extracts used in the test were crude preparation which may not necessarily contain enough of the active chemical. Further purification and fractionation are thus needed to yield more isolated active compounds 19.

The methanol extract of V. officinalis showed better antibacterial activity (zone of inhibition 20.38 mm) against S. aureus and E. coli at the highest concentration used (1000 mg/ml), and the largest zone of inhibition was observed against S. aureus. This result strongly agrees with the findings of Hammer et al. 20 who previously reported that V. officinalis has good antimicrobial activity against gram-positive bacteria only, and possible discrepancies could be due to changes in phytochemical contents of the plant growing in geographically diverse locations.

Results of this study are also supported by the findings of Maune et al., who reported bactericidal effects of a herbal product containing V. officinalis against gram-positive as well as gram-negative bacteria (Staphylococcus aureus and Escherichia coli) 21. The maximum zone of inhibition recorded for crude extract of Verbena officinalis 20.38 mm and 18 mm against S. aureus, and E. coli respectively is also in accordance with that of Mustafa et al., where they reported the zone of inhibition of the crude extracts of the tested plants was in the range of 14-26 mm 22. 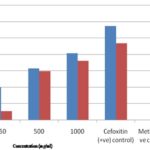 FIG. 2: ZONE OF INHIBITION OF CRUDE EXTRACT OF V. OFFICINALIS AT DIFFERENT CONCENTRATIONS AGAINST E. COLI AND S. AUREUS

The minimum inhibitory concentration of crude Verbena officinalis leaf extract (shown in Table 3) was found to be 0.019 mg/ml and 0.313 mg/ml against S. aureus and E. coli respectively. According to CLSI 23, S.aureus ATCC® 25923 and E. coli ATCC® 25922 were found to be susceptible to ceftriaxone and cefoxitin at MIC of 0.008 mg/ml respectively. This shows that the MIC of this plant extract is higher as compared to standard antibiotics which might be because the plant extract is crude containing only traces of the potentially active ingredients. The finding of our study is in line with that of Balungile et al., where an alcoholic extract of some plants showed MIC values that range from 0.39 to 0.78 mg/ml against different bacterial species 24. Mustafa et al., has also reported that MICs of some plant extracts ranged from 8 to 14.2 mg/ml against drug-resistant bacteria 22.

CONCLUSION: This study confirmed the antibacterial activity of leaves of Verbena officinalis, a plant which is also claimed in folk medicine as being useful in the treatment of diseases caused by bacteria.

According to the results of this study, it can be concluded that Verbena officinalis leaf extract showed a broad spectrum of antibacterial activity as evidenced by the high zone of inhibition and good MIC results against both S. aureus and E. coli. These results provide evidence that some of the secondary metabolites present in the leaves V. officinalis might indeed be potential sources of new antibacterial agents.

The finding of this study also hints that potential lead molecule can be isolated from the tested plant that can be used as a base for the synthesis of other effective antibacterial drugs. Therefore, the authors recommend further studies to be done on isolated compounds and fractions of the plant for antimicrobial activity and toxicological screening. Moreover, in-vivo studies should also be conducted to confirm the safety and efficacy of this plant’s secondary metabolites.

ACKNOWLEDGEMENT: We, the authors of this manuscript would like to forward our gratitude to the Department of Veterinary Medicine, and Department of Pharmacy, Mekelle University for availing laboratory facilities and other resources needed for this research. We would also like to extend our appreciation to Mr. Kissi Mudie for his kind support in laboratory works and phytochemical analysis.