FOLK MEDICINAL PLANTS USED BY THE SANTAL TRIBAL PRACTITIONERS AGAINST DIARRHEA AND DYSENTERY IN TANORE UPAZILA OF RAJSHAHI DISTRICT, BANGLADESH

FOLK MEDICINAL PLANTS USED BY THE SANTAL TRIBAL PRACTITIONERS AGAINST DIARRHEA AND DYSENTERY IN TANORE UPAZILA OF RAJSHAHI DISTRICT, BANGLADESH

ABSTRACT: This paper presented the traditional uses of 20 plant species belonging to 14 families that are used by the Santal tribal practitioners in Tanore Upazila of Rajshahi district, Bangladesh for the treatment of diarrhoea and dysentery diseases. During the study, interviews were conducted with the help of a semi-structured questionnaire and the guided field walks method. The medicinal plants traditionally used by Santal tribes were collected and preserved as herbarium specimens by following the standard methods. The identification of plants was further authenticated with the Herbarium, Department of Botany, Rajshahi University, Bangladesh. For each species, scientific name, local name, family name, parts used and mode of uses were provided. All these plants need to be evaluated through phyto and pharmacochemical investigations to discover their potentiality and may help in developing effective drugs for human health care.

INTRODUCTION: In the present scenario, herbal medicines are highly considered owing to their inherent therapeutic potentials such as easy access, less possibility of adverse side effects and costs effective. WHO depicts that over 80% of the world’s population depends on biological resources for their primary healthcare demands 24. Most of the formulation of the traditional medicine system like Ayurveda and Siddha is composed of about 90% herbal products of whole plants or part of the plants such as stem, bark, root, root bark, rhizome, leaf, flower, fruits, and seeds. In some extent, secondary metabolites like resin, gum, and latex have also been utilized as a drug 1. Plants have always formed an excellent source for modern drugs.

Bangladesh is rich in floral species, and it has been estimated that more than 5,000 floral species exist within the country, which is small in size. Bangladesh also has a rich history of traditional medicinal practices like Ayurveda, Unani, Folk medicine, and home remedies, all of which utilize plants to a major extent for treatment 10. Studies on ethnomedicinal and medico-botanical information in Bangladesh are at the initial stage. Several ethnomedicinal studies in Bangladesh have been carried out by 3, 4, 6, 8, 9, 12, 13, 14, 17, 21, 23, 25, 26, 27. The present research was to the first record of ethnomedicinal plants used against diarrhea and dysentery by the Santal tribal practitioners of Tanore Upazila of Rajshahi district, Bangladesh.

Study Area: Tanore is an Upazila of Rajshahi district in the division of Rajshahi, Bangladesh. Tanore upazila area is 293.37 km2 located in 30 km north-west position from Rajshahi district. It is bounded by Nachole Upazila on the north-west, on the North Niamatpur, on the South Godagari, on the west Nawabganj sadar, on the north-east Manda, and the east Mahanpur Upazila. The climate of this area is generally tropical wet and dry climate, characterized by high temperatures, heavy monsoon, moderate rainfall, and high humidity. The hot season commences early in March and continues till the middle of July. The maximum mean temperature observed is about 32 to 36 °C during April, May, June, and July and the minimum temperature recorded in January is about 7 to 16 °C. The highest rainfall is observed during the months of monsoon. The annual rainfall in the district is about 1,407 mm 7. 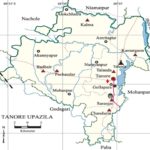 Data Collection: A total of nineteen field trips were made for the documentation from April 2016 to March 2017. During the field interview, the information was noted in the documentation data sheet. A total of 127 Santal people having an age range 24 - 73 years were interviewed using semi-structured interviewed method 5. Professionally they were peasant, day labour, farmer, housewives, small shop keepers, etc. Among them, 58 were female and rest 69 were male. Regular field studies were made in the study area during the period. The information about the plants used for various diseases was gathered through interviews and discussion with the elderly people, medicine men and traditional medical practitioners were also consulted. Plant specimens were collected with flowers and fruits and processed using standard herbarium techniques 5.

Plant Identification: The identification of plant specimens was achieved through the help of taxonomic experts and by comparison with the identified herbarium specimens and available literature 2, 11, 16, 20, 19. The voucher specimens are deposited at the Herbarium, Department of Botany, Rajshahi University, Bangladesh for future. 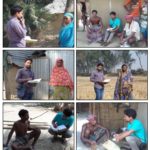 FIG. 2: INTERVIEW WITH SANTAL PEOPLE IN THE STUDY AREA

RESULTS AND DISCUSSION: In the present study, a total of 20 plant species under 19 genera and 14 families have been identified as a potential source for treating diarrhea and dysentery. The scientific names of the species along with families, local names, part(s) used, medicinal uses, doses, and mode of preparation are recorded Table 1. Use of plant parts as medicine shows variation. Leaves 35.00% are the leading part used in a majority of medicinal plants followed by fruit 30.00%, root 20.00%, bark 10%, rhizome 5.00%, gum 5.00%, seed 5.00% and whole plant 5.00% Fig. 3. 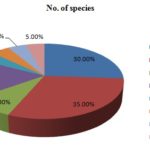 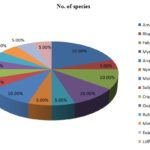 Distribution of medicinal plant species in the families shows variation. Amaranthaceae is represented by 4 species. Each of Fabaceae, Moraceae and Myrtaceae is represented by 2 species while a single species in each was recorded by 10 families Table 1 and Fig. 4. The survey indicated that the common medicinal plant families in the study area are Amaranthaceae, Fabaceae, Moraceae, Myrtaceae, Euphorbiaceae, Lythraceae, Rutaceae, Solanaceae, and Rhamnaceae. This finding of common medicinal plant families in the study is in agreement with 6, 8, 9, 12-15, 17, 18, 21-23, 25-27.

TABLE 1: RECORDED PLANT SPECIES USED BY THE SANTALS FOR THE TREATMENT OF DIARRHEA AND DYSENTERY

CONCLUSION: The present study contributed to the establishment of an inventory of plants used in diarrhoea and dysentery practices in the study area. Some useful species are under serious threat due to unsustainable activities. Hence, a proper document-tation of useful plants with their present status and local traditional knowledge as well as practices is urgently needed. The effort also is initiated to implement appropriate conservation measures for preservation and sustainable uses of these useful species. Future phytochemical and pharmacological studies are needed to confirm the efficacy and safety of the identified plants, enabling communities to use them in a more economic, effective and safe manner.

ACKNOWLEDGEMENT: The authors are grateful to the Santal tribal practitioners of Tanore Upazila of Rajshahi district, Bangladesh for their co-operation and help during the research work.

CONFLICT OF INTEREST: The authors declare that there is no conflict of interests regarding the publication of this paper.