A REVIEW ON PHYTOCHEMICAL AND PHARMACOLOGICAL PROPERTIES OF MICHELIA CHAMPACA LINN. FAMILY: MAGNOLIACEAE

A REVIEW ON PHYTOCHEMICAL AND PHARMACOLOGICAL PROPERTIES OF MICHELIA CHAMPACA LINN. FAMILY: MAGNOLIACEAE

ABSTRACT: Michelia Champaca Linn., belonging to family Magnoliaceae, is commonly known as Champa. It is a medium size evergreen tree highly distributed in eastern Sub-Himalayan tract, West Bengal, Myanmar, and South India in addition to China. This plant is useful either as an ornamental purpose or as traditional ethnomedicine. Now, the purpose of this article is to describe the pharmacognostic, pharmacological and chromatographic profile of this plant. This article provides the collective information about the phytochemical constituents isolated from various parts of this plant used in a modern scenario for the treatment of various ailments like β-sitosterol, sesquiterpenes, parthenolide, dihydro parthenolide, gallic acid, quercetin, liriodenine, essential oils, starch, etc. Traditional uses of the plant in the treatment of various disease like rheumatism, gout, diuretic, febrifuge, etc. This article also gives information about reported pharmacological activities such as anti-diabetic, anti-microbial, anti-inflammatory, diuretic, anti-ulcer, analgesic, burn wound healing, anti-helmintholytic, Procognitive activity, anti-oxidant and some other activities.

INTRODUCTION: M. champaca Linn. belonging to the family (Magnoliaceae) is an evergreen plant mainly cultivated in Indian gardens and near temples for its fragrant flowers and handsome foliage 1. In the traditional system of medicines, plants are the primary source for the treatment of various ailments. Michelia is the genus consisting of 80 species distributed throughout the tropical and subtropical region and of which about 70 species are native to China and found in southwestern and eastern mountainous region 2. One of these 80 species, M. champaca which is commonly known as Champa in Hindi; Champaka in Bengali; Atigandhaka in Sanskrit 3.

It is highly distributed in the Sub-Himalayan tract and Assam, Western Ghats, South India, Burma-Yunnan, Indo-China, Siam, Malaya 4. Different parts of the plant have medicinal importance in various ailments. Its flowers are used traditionally as bitter, demulcent, anti-pyretic, anti-emetic, diuretic, scabies and in gonorrhea; fruits in the treatment of dyspepsia and renal disease; seeds in the healing of crack feet whereas roots are employed in the treatment of menstruation disorders.

Botanical Description: M. champaca family Magnoliaceae is a tall, handsome and evergreen tree having a straight trunk, ascending branches, spreading, with closed head 2. It is medium sized tree about 50 cm in height, and the stem bark is bole straight, cylindrical about 200 cm in diameter. The bark is smooth, grey to greyish white externally and yellowish brown internally, fibrous and the crown is conical to cylindrical 16. Leaves are acuminate, lanceolate; Blade-20.3-25.4cm long and 3.7- 10.2 cm wide, entire, glabrous above and more or less beneath. Petioles are 18-25 mm long 3-4. Plant possess wide yellow or orange colored flowers, with strong fragrance about 2.5-5.1 cm in diameter, 15 petals, carpels densely packed on sessile gynophore, about 1-4 seeds of brown color are present inside the fruit 5 as shown in Fig. 1. 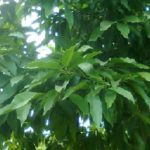 Geographical Distribution: M. champaca is native to the temperate Himalayan region and is distributed throughout the subtropical and tropical countries such as India, South China, Indonesia, Philippines, and some Pacific Islands 17. Including Taiwan, Malaysia, Vietnam, Sumatra and in India, it is highly distributed in Eastern Himalayan tract and lower hills up to 3000 ft., Assam, Myanmar, Western Ghats, South India, and Bangladesh, Arunachal Pradesh, Bihar 18-20.

Ecology: M. champaca is well grown in moist, deep and fertile soil and is found scattered in primary lowland in rain forest, up to 2100 m altitude at absolute maximum temperature 35-40 ºC and minimum temperature 3-10º 21. The growing season for this plant mainly is monsoon from June to September 22. This Plant is rich in volatile oil constituents, concentration of which vary due to seasonal variation like sesquiterpene content are found be constant in concentration during January, March, May, July, December about (5-7%) and 21% in September and terpenoid derivatives like aliphatic C15 and C16 alcohol have constant amount (14-17%) all over the year 23.

Synonyms: Two synonyms of M. champaca Linn 24 are mentioned below:

Vernacular Names: M. champaca is also known by various local names as given below 3:

Taxonomy Classification: The plant is taxonomically classified 25 as given below:

Identity, Purity & Strength: There are certain standardized parameters Table 1 which help in the identification of this plant either in strength and purity 26.

Ayurvedic Preparations: M. champaca is widely practiced in Ayurvedic system of medicine, and its various formulations like Candanabalalaksadi Taila, Baladhatryadi Taila, Pushpa churna are available in the market 26.

TLC and HPTLC of constituents from m. Champaca:

TLC of β- Sitosterol:  TLC of methanolic extract of leaves and stem bark of M. champaca is carried out by using three different solvent system, detection under UV radiation and Rf is calculated as given below 27.

HPTLC of Gallic Acid: HPTLC of Gallic acids is carried out to identify the quantity of gallic acid in leaves and stem-bark by using reference standard of gallic acid and by preparing the serial dilution (200 to 1000 µg Ml-1) and then detected at 254 nm in UV apparatus and calculate the concentration in test samples. Results show the presence of 736.963 and 595.287 µgMl-1 for leaves and stem-bark respectively, amounting to 73.696 and 59.287 mg/g in drug sample. Leaves are the richest source of Gallic acid 28.

It is also useful in Cephalalgia, ophthalmia, gout and rheumatism 48. Traditionally it is used as a disinfectant, astringent, diuretic, cooling property, parasitic infection and disease due to vitiated blood 3.

It is used also used for fever, colic, leprosy, postpartum protection, in childbirth and as febrifuge 49. 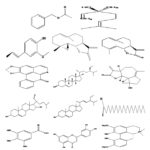 Uses of Different Parts of the Plant: The plant has fragrant flowers; therefore, it is grown near the temples and churches. These are used as a stimulant, expectorant, in rheumatism (Uuani), to treat the bilious condition. These are used for in India for the extraction of essential oil and as a hair adornment. Leaves are used to remove the fetid odor of vaginal discharge in combination with other drugs 3-4. Stem-Bark is used in gastritis, fever, and cough and root bark is used in the treatment of inflammation, constipation and dysmenorrhoea 50.

Pharmacological Activities: M. champaca possesses a large number of reported activities given as mentioned below:

Diuretic Activity: Traditionally, M. champaca is used in ethnomedicine as a diuretic agent. In the traditional system of medicine, this plant is used in the form of aq. extract of leaves and stem bark as a diuretic. This plant possesses diuretic activity at dose of 250 and 500 mg/kg in adult Swiss albino Wister rats with higher dose exhibit more promising responses. Aq. Extract of stem possesses much diuretic activity as compare to leaves. It is also used in other kidney disease and dysuria 12.

Antiulcer Activity: M. champaca Linn. flower and leaves aq. and alcoholic extract shows the anti-ulcer activity at a dose of 300 g/kg in male albino rats. It causes a decrease in gastric juice, total acidity, ulcer index and an increase in pH. It decreases the acid and pepsin outputs which are required to maintain the gastric mucosal strength 15.

Burn Wound Healing Activity: M. champaca Linn. flowers ethanol extract at a dose of 100 mg/kg possess the burn wound healing activity in Wistar rats. It shows improvement in wound healing either by oral and topical administration. It is useful in the treatment of burn wounds in immunocompromised patient 52.

Anti-oxidant Activity: M. champaca Linn. leaf methanol extract possess the DPPH free radical scavenging activity at a dose of 0.1 ml of plant extract in 3 ml of 0.004% methanol solution of DPPH. The activity of extract increases with increase in dose 53.

Analgesic Activity: M. champaca Linn. Leaves methanol extract at a dose of 200 and 400 mg/kg exhibited the analgesic activity in acetic acid induced writhing model. The action of extract increases with increase in dose 53.

Helmintholytic Activity: Methanolic and aqueous extracts of M. champaca Linn. Leaves at doses of 30 g/ml and 70 mg/ml in earthworms showed significant paralysis and death time which is much more as compare to albendazole 54.

CONCLUSION: Traditional natural remedies are used all over the world due to low cost, safety and due to lack of side effects. M. champaca is an ethnomedicine found to be the traditional healer in the treatment of various diseases in Ayurveda and Unani system of medicines. Traditionally, it is useful as anti-diabetic, anti-oxidant, anti-microbial, emmenagogue, and in menstrual disorders. The present review provides the composite information on this plant, and it seems that it acts as a curative tool for ailments due to various constituents. Further investigation on this plant may be helpful in the prevention of other diseases in the future by preparing formulations in combination with other drugs.