ABSTRACT: Termites impart hazardous impacts on the ecosystem by causing severe damage to wooden components. They decrease crop yield, restrain the production of economically important trees, and destroy wooden buildings. The utilization of insecticidal plants provides a promising strategy for the control of insects. The undertaken study is intended to highlight the anti-termite potential of plant extracts as a promising strategy for termite control. Insecticidal potential of Alstonia scholaris and Salvadora oleiodes extract revealed by investigating their impact on mortality and tunneling activities of Microtermes obesi. Mortality of Microtermes obesi was investigated by treating the soil and filter paper with different concentrations of methanolic and aqueous extracts. Least LT50 value was shown by 40% methanolic extract of S. oleiodes i.e. 40.476 and 37.425 hours, in soil and filter paper assay, respectively. Termites showed least tunneling activity at 40% concentration of methanolic extract of S. oleiodes thus indicating that toxicity of phytochemicals might have apprehended the movement of termites. Methanolic extract of S. oleiodes showed grade 1 (v. v. strong) repellent activity, whereas varying concentrations of A. scholaris showed grade 2 (v. strong) repellent activity. Hence, it can be concluded that S. Oleiodes possess more promising anti-termite potential as compare to A. scholaris.

INTRODUCTION: Termites are referred to as tropical insects with a complicated communal organization.

They are widely distributed in lower temperature regions associated with higher latitudes and altitudes 1.

Termites impart hazardous impacts on the ecosystem by causing severe damage to wooden components. They decrease crop yield, restrain the production of economically important trees, and destroy wooden buildings 2, 3. It has been estimated that in 2010 approximately $ 40 billion was spent world widely to buy synthetic pesticides in order to manage termites and to repair wooden property 3, 4. Various methods are being employed to cope with the hazardous impacts of termites. Synthetic pesticides are widely used for the protection of termites, but they cause severe human health and environmental dilemma.

Chlorpyrifos, fipronil, bifenthrin, imidacloprid, endosulfan, lindane, aldrin, coldrane, dieldrin, endrin, and methyl bromide are highly effective for the management of termites, but they cause depletion of the ozone layer that ultimately leads to skin cancers. Moreover, these agents also pollute aquatic system 5. Cultural control is based on conventional knowledge that is not obtained from research findings. This method involves the use of faeces, decomposed animals, meat, fish viscera, and sugarcane husks to reduce termite attacks. This strategy is not always effective for the control of termites as the mechanisms involved behind the use of these agents are not justified 6.

The utilization of insecticidal plants provides a promising strategy for the control of insects. Phytoconstituents are decomposed upon exposure to sunlight, thus having short persistence to the environment. Plant-based pesticides provide an eco-friendly approach without imparting negative effects on non-targeted insects, human health, environment, and crops. The undertaken study is intended to highlight the anti-termite potential of plant extracts as a promising strategy for termite control 7. Insecticidal potential of Alstonia scholaris and Salvadora oleiodes extract revealed by investigating their impact on mortality and tunneling activities of Microtermes obesi.

Assortment of Termites: Microtermes obesi, were assorted from effected sugarcane fields in the vicinity of Faisalabad, Pakistan.

Acquisition of Plants: Leaves of different plants were acquired i.e., Alstonia scholaris and Salvadora oleiodes from Vicinity of Faislabad. Leaves were washed and shade dried, followed by grinding to a fine powder.

Preparation of Methanolic Extract: One hundred gram of each plant was soaked in 80% methanol, and sonication aided maceration were adopted 8. It was kept at room temperature for 72 h and filtered by a Whatman filter no. 42. The solvent was removed from filtrate followed by drying in vacuum desiccators, and the dried extract was obtained. The solution of crude extract was prepared by using 2% methanol.

Preparation of Aqueous Extract: The leaves of medicinal plants were rinsed in distilled water and left to dry in a shady place. After drying, the leaves were chopped in pestle and mortar and soaked in distilled water for 72 h. These chopped leaves were separated out from the solvent through cheesecloth, and solvent was filtered by a Whatman filter paper no. 42. The filtrate was stored at a low temperature.

Execution of Bioassays: The following bioassays were conducted to investigate the impact of test extracts on mortality and tunneling activity of termite species.

Bioassays by Treating the Soil with Test Extracts: Antiemetic sugarcane strip bioassay (ASSB) was carried out by adopting the previously revealed protocol 9. The assay was carried out in petri dishes containing 20 g sifted sterilized soil and strips of sugarcane. Mortality was investigated at varying concentration of test extracts i.e. 0% (control), 10%, 20% and 40% of extracts. Petri dishes were placed in a growth chamber having 28 ± 2 °C temperature and 80% ± 5 humidity and 30 termites were released in each petri dish having treated and untreated soil. The assay was carried out in triplicate, and observations were recorded as mean of replications with standard deviation. Probit analysis was used for toxicological inferences.

Filter Paper Bioassay: Filter paper bioassay was carried out by following the previously revealed protocol 9. Whatman filter paper no. 42, 9 cm in diameter was treated with 10, 20, and 40% concentration of plant leaves extract and put in Petri dishes of 3½ inches in diameter × 1.5 cm in height at the rate of 31 µl/ cm2. 30 workers of each species were released in the petri dishes having treated and untreated filter paper and were placed in a growth chamber under controlled conditions of 28 + 2 °C and 80% + 5 humidity. Data for mortality were recorded 100% mortality occurred. Each treatment was repeated three times, and mortality data was recorded as mean of replications with standard deviationprobit analysis.

Determination of Galleries Formation (FG): The activity of termites in the soil can be estimated by observing their potential of galleries formation during foraging. Termite’s potential of galleries formation was investigated at different concentrations of test extracts, i.e., 0% (control), 10%, 20%, and 40%. The activity was determined at 5, 10, and 15 h by plotting the tunnels on the cellophane paper, and the length was measured in mm2 by using a planimeter. The assay was run in triplicate, and mortality data were recorded as mean of replications with standard deviation. Activities were correlated with the concentration of test extracts, and tunneling activities were analyzed by Factorial Analysis (CRD). Probit analysis was used for toxicological inferences.

Statistical Analyses: Biological parameters were the result of three independent replications (n = 3), and final data was expressed as mean ± standard deviation (SD). Mortality data were subjected to Abbott’s formula 10. All statistical computations/analyses were undertaken using IBM SPSS version 21.0 statistical software (SPSS Inc., Chicago, Illinois, USA). Statistical differences between biological parameters of treatment and control groups were determined by the analysis of variance (ANOVA) at p <0.05. A posthoc Tukey's test for multiple comparisons was employed to discriminate statistically significant treatments when ANOVA indicated significant differences among treatments. In all statistical tests, values of P < 0.05 were accepted as indicating significance. The results of mortality and survival bioassays were subjected to probit analysis 11, and median lethal times (LT50) of the plant extracts against termites were determined by probit analysis.

Estimation of Termites Mortality: Mortality of Microtermes obesi was investigated by treating the soil and filter paper with different concentrations of methanolic and aqueous extracts of Alstonia scholaris and Salvadora oleiodes. It was noted that the mean mortality of Microtermes obesi increased in a concentration as well as time-dependent manner, as shown in Fig. 1. 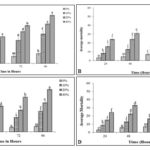 FIG. 1: MEAN MORTALITY OF THE MICROTERMES OBESI AT DIFFERENT TIMES AND CONCENTRATIONS WITH METHANOLIC AND AQUEOUS EXTRACT OF ALSTONIA SCHOLARIS (A, B) AND SALVADORA OLEIODES (C, D) TREATED WITH SOIL

Methanolic extracts of selected plants were found to be more potent as compared to aqueous extracts.

LT50 value of crude extracts was also investigated at different concentrations against M. obesi in petri plates having treated soil as shown in Table 1 is significantly less than control values. Mortality of Microtermes obesi was further investigated by treating the filter paper with different concentrations of test extracts, as shown in Fig. 2. Results were found in accordance with those revealed by soil assay.

LT50 values of crude extracts were also calculated at different concentrations against M. obesi in Petri plates having treated filter paper, as shown in Table 2. 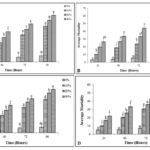 FIG. 2: MEAN MORTALITY OF THE MICROTERMES OBESI AT DIFFERENT TIMES AND   CONCENTRATIONS WITH METHANOLIC AND AQUEOUS EXTRACT OF ALSTONIA SCHOLARIS (A, B) AND SALVADORA OLEIODES (C, D) TREATED WITH FILTER PAPER

Tunneling Activities of Microtermes Obesi: Tunnelling activity of M. obesi was also investigated at different times with varying concentrations of test extracts, as shown in Fig. 3. The maximum time for observing tunnel formation was 15 h; after that, profuse tunneling in control treatment made it difficult to determine the area of tunnels. Means of the tunneling activities of M. obesi in methanolic extract treated soil were less than the means of the tunneling activities in aqueous extract treated soil. 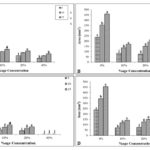 FIG. 3: TUNNELLING ACTIVITY OF M. OBESI AT DIFFERENT TIMES AND CONCENTRATIONS WITH METHANOLIC AND AQUEOUS EXTRACTS OF ALSTONIA SCHOLARIS (A, B) AND SALVADORA OLEIODES (C, D

A. scholaris possess a wide range of therapeutic activities i.e. febrifuge, tonic, anti-diabetic, anthelmintic, antiepileptic, anti-hypertensive and anticancer 12-15. S. oleoides is conventionally used for the treatment of cough, enlarged spleen, and fever. It has also been to possess anti-inflammatory, analgesic, and antiulcer activity. Hypoglycemic, hypolipidemic, and anti-microbial activity of this plant has been reported 16-18. Best of our knowledge, the anti-termite activity of these plants have not been investigated yet. Among tested extracts, the least LT50 value was shown by the methanolic extract of S. oleiodes in the case of substrate soil and filter paper assay. Tunneling activity data further supported the anti-termite activity of the afore-mentioned extract. Methanolic extracts of selected plants showed promising anti-termite activity; however, S. oleoides was found to have more anti-termite potential as compared to A. scholaris.

CONCLUSION: To our knowledge, this is the first report regarding the detrimental impact of A. Scholaris and S. oleoideson on the mortality and tunneling activities of M. Obesi. It is concluded that methanolic extracts of selected plants may act as promising arrested, and toxic to assorted workers of M. Obesi. Hence, these extracts could be employed as an alternative for synthetic insecticides to control termite overrun.

ACKNOWLEDGEMENT: The present study was carried out in the scope of the project “Termite Control Management”. The authors greatly acknowledged the Fundamental University Research Funds for financial support in order to complete this research work. The authors also much appreciate field staff members who assisted in the collection of termite populations from sugarcane fields at Agri-Entomological Farm, University of Agriculture, and Faisalabad.

CONFLICTS OF INTEREST: Authors report no. conflicts of interest to declare with the contents of this article.