ABSTRACT: Baccaurea ramiflora Lour., syn. Baccaurea sapida (Roxb.) Muell. Arg. known as Burmese grapes belongs to the family Euphorbiaceae and is native to Southeast Asia. The observance on Baccaurea ramiflora leads that this plant is utilized as an antichloristic and anodyne against rheumatoid arthritis, abscesses, cellulitis and treat injuries. This plant also has anti-diarrheal, analgesic, anti-inflammatory, neuro-pharmacological, antioxidant and cytotoxic activities. Therefore, the present study was conducted to evaluate anthelmintic and insecticidal activities of different extract of Baccaurea ramiflora. For anthelmintic activity, Pheretima posthuma was selected as test animal while 25, 50, 100 mg/ml concentrations of samples were tested in the bioassay, from which time of paralysis and time of death of worms were estimated. Evaluation of insecticidal activity was performed against Sitophilus oryzae to calculate the mortality rate. Extracts of MEE, EE, ACE, CHE, PEE, and NHE were for the activity determination. In the anthelmintic study, extract exhibited its activity in a dose-dependent manner showing higher the concentration, faster the effect. Extract of EE, PEE, CHE and MEE in case of 100 mg/ml concentration exhibited its paralytic effect followed by death within a short period among which ACE extract gave the best result which only took approx. 22.33 min to show paralytic effect and 33 min for death occurrence. In the insecticidal activity, all extracts showed potent activity with 100% mortality of rice insects Sitophilus oryzae at 80 mg/ml concentration in 24 h, proving the activity also followed a dose-dependent pattern. 80% mortality rate observed in case of 80 mg/ml concentration of ACE extract in 12 h whereas MEE, CHE, and NHE extracts showed 60% and PEE showed 70% mortality rate in treated rice insects. The present study shows that all the extracts of Baccaurea ramiflora are found to possess anthelmintic and insecticidal activities.

INTRODUCTION: Plants have been a source of medicinal substances for thousands of years.

Plants and phyto products continue to play a vital role in the treatment of various diseases. Drug discovery from plants is a multi-disciplinary approach which combines various botanical, ethnobotanicals, phytochemical and biological and chemical separation techniques.

However, despite these observations, about 80% of the world’s inhabitants’ problems are treated by medicinal herbal drug for their primary health care 1. Nowadays, the occurrences of parasitic infections are increasing extensively. Despite having numerous antibiotics available to encounter infections, antibiotics resistance has limited its use.

As a result, an alternative option can be phytotherapy to beat nematodes. At the same time, to invade different pathogenic organism’s medicinal plants can be a potential choice to defeat infectious diseases 2. Baccaurea ramiflora (Lour. family of Euphorbiaceae) is a resourceful plant which has the number of uses. The familiar names include Bhubi or Latkan (Bengali), Mafai (Thai), Leteku (Hindi) and Burmese grape. The slow-growing evergreen tree of Baccaurea ramiflora (B. ramiflora) has fruit (1-2″ around), and the fruit is yellow to red. This fruit tree is native to the Southeast Asian region and found growing wild in South China, Indo-China, India, Nepal, Myanmar, the Andaman Islands, Thailand and Peninsular Malaysia 3, 4. In Chinese Dai medicine, the whole plant of Baccaurea ramiflora is utilized as an antiphlogistic and anodyne against rheumatoid arthritis, cellulitis, abscesses and to treat injuries 5.

The plant is also used as medicine by hill tribes in Northern Thailand 6. Young leaves of Baccaurea ramiflora are used as a vegetable, flavoring agent with curries and minced meat in Bangladesh 7. B. ramiflora (Lour) is such an underexploited fruit crop grown mainly in backyard plantation and as a forest plant. Research on B. ramiflora has been reported for its ethnobotanical uses, seed biology, and its isolated chemical constituents of essential oil. Three novel and four recognized compounds were isolated from the B. ramiflora stems 1.

Collection of the Plant: The plant Baccaurea ramiflora was collected from the local area of Comilla, Bangladesh in August 2017. The plant was freed from materials like dust, dirt, pollen. Then the plant was identified by Bushra Khan, Principal Scientific Officer, Bangladesh National Herbarium, Mirpur, Dhaka, and a voucher specimen has been deposited (DACB:46,964) for further reference.

Extraction of Plant Material: The plant parts were dried under the sun for a few days, and finally oven dried to remove all the moisture content. Then the plant parts were crushed to a coarse consistency. The coarse plant parts were extracted in a decreasing polarity order. The coarse plant material (900 g) was taken and soaked with 1500 ml of methanol for 3 consecutive days at 25 ºC. The extract was filtered, and the filtrate was kept for further extraction. In the same manner, the filtrate was soaked in different solvents by polarity decreasing order.

For every case, the extract was preserved, and solvent evaporation was done by using rotary evaporator. Finally, all the extracts of Baccaurea ramiflora were kept under laminar airflow for protecting it from any type of contamination.

Earthworms and Insects: Pheretima posthuma (P. posthuma), a species of adult earthworm has a pretty high level of semblance with the human intestinal roundworm parasite from the anatomical and physiological point of view. Which lead to choosing this particular earthworm for the evaluation of the in-vitro anthelmintic activity. Mohakhali area of Dhaka, Bangladesh were chosen for the collection of the adult earthworms and moist soil was preferred as a collection site. All kinds of fecal matters were removed using saline water. The earthworms were of 3-5 cm in length and 0.1-0.2 cm in width as per in size. A very known and communal rice weevil, Sitophilus oryzae (S. oryzae), was collected from a local rice godown Bangladesh for detecting the insecticidal activity of Baccaurea ramiflora. For the insect collection, old rice was preferred.

Anthelmintic Activity: Development of anthelmintic resistance in helminths reported in several countries gives a clear indication that control programs based exclusively on their use are not sustainable 11, 12, 13, 14, 15. The development of integrated programs to control helminths is vital, but such control programs require viable alternatives to the use of anthelmintics 16. Pheretima posthuma, an adult earthworm, was chosen for the determination of anthelmintic activity. For every particular extract of Baccaurea ramiflora sample solution was prepared at 25, 50 and 100 mg/ml concentration in normal saline water and for each concentration approximately six similar sizes of earthworms (Pheretima posthuma) were placed in each beaker containing 50 ml of above test solutions of extract. As a reference standard, Albendazole (10 mg/ml) was used, and normal saline water as a control. Solutions of each concentration were freshly prepared just before conduction the experiment. The time required for the paralysis was noted when there was no movement from the worms despite these being shaken vigorously 17. Time for the death of worms was recorded after ascertaining that worms neither moved when shaken vigorously nor when dipped in warm water (50 ºC).

Insecticidal Activity: Insecticidal activity of many plants against several insect pests has been demonstrated 18, 19, 20. Yang and Tang (1988) reviewed the plants used for pest insect control and found that there is a strong connection between medicinal and pesticidal plants 21. For the beginning, the surface film activity test Petri dishes of 60 mm were taken for the extract and their replication. For every particular extract of Baccaurea ramiflora sample solution was prepared at (2.5, 5, 10, 20, 40, 50, 60, 70, 80 mg/ml). Now in every respective petri dish, the prepared sample solutions were poured into the lower part of it and kept for a few moments for it to dry out. Then insects were released in each of the treated petri dishes. A control petri dish was also kept similarly.

Soon performing all the steps mentioned above, the Petri dishes were kept in a sealed environment for the observance of the insecticidal activity. The mortality was observed first at 30 min and then after 12 and 24 h of exposure. After 24 h, the data was recorded. For the verification of the movement and death of insects, a simple microscope was used. In some cases, the hot needle was taken closer to the insect bodies (without movement) for the confirmation of death. Recovery of the insects if occurred, was also taken into consideration. The mortality rates of Sitophilus oryzae adults were corrected by Abbott’s formula 22.

Statistical Analysis: All assays were performed in triplicate under strict aseptic conditions to ensure consistency of all findings. For each extract triplicate data was taken, and the final data was taken by the triplicate data’s mean ± SD (Standard Deviation), which was analyzed by Microsoft Excel. The bar diagram was designed using Prism software.

Anthelmintic Activity: Although there has been a remarkable advancement in the field of human medicines observed, still several infectious diseases triggered by viruses, bacteria, fungi, parasites, insects, rodents and helminths are becoming a threat to communities’ well-being. To be more specific, developing countries are at higher risk for their persistence. Exclusively, children and teenagers are susceptible to infectious diseases. The comparative anthelmintic drug resistance incidence has led to the increasing demand of the natural anthelmintic as a potential substitute for diseases management 23, 24.

The present study demonstrates the anthelmintic activity of the plant extract of Baccaurea ramiflora using adult earthworms because of the high level of semblance with the human intestinal roundworm parasite. When the earthworms (Pheretima posthuma) were exposed to the Baccaurea ramiflora extract, they started gradually losing their motility by providing stimulant effect primarily.

Ultimately, dose-dependent paralysis was observed followed by the occurrence of death in each crude extract containing 25, 50, and 100 mg/ml. Table 1 represents the effects of Baccaurea ramiflora in different extracts. The extract denoted anthelmintic activity in a dose-dependent manner, describing the higher concentration of each extract exhibited a paralytic effect much earlier and resulted in death within a short period.

As per the data denoted in Table 1, it reflects that at 25 mg/ml concentration in all extracts (MEE, EE, ACE, CHE, PEE, and NHE) the time for paralysis and ultimately the time required for the death worms took more time comparing to 50 and 100 mg/ml concentration. The standard reference, Albendazole, showed strong anthelmintic action. As a whole, different extracts of Baccaurea ramiflora showed anthelmintic activity in a dose-dependent manner 24. Previous phytochemical screening reported different extraction extracts of B. ramiflora to contain carbohydrates, tannins, flavonoids, proteins, alkaloids and 25.

Tannins being polyphenolic compounds are known to have anthelmintic activities. The reports on the anthelmintic effect of tannins are due to binding of tannins to free proteins in the gastrointestinal tract of host animal or glycoprotein on the cuticle of the parasite and may be responsible for death 26. Secondary metabolites like flavonoids also possess anthelmintic activity, but their exact mechanism is yet to be known 27. So the presence of tannins and secondary metabolites like flavonoids present in the extract of Baccaurea ramiflora produced similar anthelmintic effects. 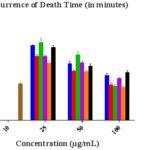 FIG. 1: GRAPHICAL REPRESENTATION OF OCCURRENCE OF DEATH (IN MIN)

Insecticidal Activity: A major interference in the use of insecticides is resistance developed by insects to fight against diseases due to its fewer efficacies. So, a potent substitution can be natural insecticides prepared from plants since they contain several bioactive chemicals 28. The present study demonstrates the insecticidal activity of the plant extract of Baccaurea ramiflora against rice induced insect named Sitophilus oryzae.

The mortality of the insect was found to be concentration dependent. It is observed that the carbohydrates, saponins, phytosterols, phenols, flavonoids, and tannins are having mosquito larvicidal activity 29. So the presence of tannins and secondary metabolites like flavonoids present in the extract of Baccaurea ramiflora plant may describe the toxic effects on the insects.