ABSTRACT: Diabetes mellitus is a metabolic disorder in which blood glucose level decrease. Due to this disease, various complications are arises including retinopathy, nephropathy, cardiovascular disease, and neuropathy. Diabetes mellitus is a chronic condition includes Type 1 DM, Type 2 DM and gestatational diabetes, which occurs in pregnancy. For the management of DM various system of medicine is used, from that herbal or traditional medicine is used for many cases as a core medicine or supplementary to allopathic medicine. Frequency of occurrence of type 2 DM is high than type 1 DM. Different type of plant or herbal extract are used for management of DM includes, Ocimum sanctum, Allium stivum, Eugenia jambolana, Abelmoschus esculentus, Allium cepa, Gymnema sylvestre, Momordica charantia, Pterocarpus marsupium etc. Many plants are use as single herb extract for treatment or used in combination with other anti-diabetic plants as a poly herbal formulation.

INTRODUCTION: Diabetes mellitus is one of the chronic diseases that prevent the body from appropriate use of energy from the diet which you have to eat. Diabetes mellitus is classified into two types Type 1-DM and Type 2 DM. Type 1 is also called as insulin dependent DM in this condition pancreas unable to produce the insulin which is essential for body functioning. The presence of Type 1 DM is commonly observed in children and adolescents. Type 2 is reported as non-insulin dependent DM. In this type of DM body does not respond to the action of insulin which produced by beta cells of Langerhans of the pancreas due to this pancreas does not secrets required the amount of insulin and cause diabetes mellitus. 90% of the patient is suffering from type 2 DM worldwide. This type of DM frequently observed in adults.

In this case, oral hypoglycaemic agents are used for the treatment and management of DM. Common symptoms of diabetes mellitus are polyphagia, polypeptide, and polyurea. Due to an increase in blood sugar level, various complications are arises such as heart, blood vessels, and retina of the eye, kidney, and various nerves of the body. According to WHO more than 400 million people living with diabetes worldwide. And it is predicted to increase. According to a survey of 2016 DM was the seventh leading cause of death. Medicinal plants help in maintaining the health of individuals after administration of particular or specific disease condition. The food and agriculture organization roughly calculate in 2002 that 50,000 medicinal plants are utilized for treatment or prevention of disease over the globe. WHO calculates about 80% population of the world is dependent largely on traditional medicine.

Eugenia jambolana: Eugenia jambolana is used for the management of diabetes mellitus as a single herb or combination with other anti-diabetic drugs. Bark, seed, leaves are used in India for treatment or management of diabetes. Many diabetic patients use Eugenia jambolana aqueous extract as a home remedy along with oral hypoglycaemic drugs 1. According to research work, Eugenia jambolana (tri terpenoids) possess anti-diabetic property 2. E. jambolana also has other pharmacological activities like anti-inflammatory effects, anti-bacterial, neuropsychopharmacological action, anti-human immunodeficiency virus activities, and anti-diarrheal effects 1. Freeze dried powder is used in the animal study; it shows a reduction in blood glucose level. 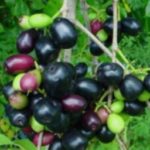 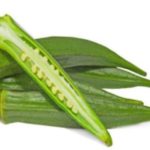 Okra is belonging to the hibiscus family. It is low in calories content, and it contains a large amount of dietary fibers. From long time roasted okra seeds are used in Turkey for treatment of diabetes. The consumption of okra help in the management of blood glucose level in case of Type 1, Type 2 and gestational diabetes. It is proven that it has a good effect on lowering blood glucose level. In one of the research paper extraction of okra was performed by hot water for extracting water-soluble polysaccharide. 10 days of study was performed on six mice in which the high dose shows an increase in hypoglycaemic activity 3.

Trigonella foenum-graecum Linn.: Fenugreek is one of traditional medicinal plant grown in southwest Asia, Africa, and the Mediterranean region as a food source. Now a day many research institute and pharmaceutical companies are study or research on fenugreek seed as raw material from which active constituent is extracted and used to treat diabetes. Fenugreek seed mostly contains polysaccharides, saponin, flavonoids, alkaloids, and proteins as a chemical constituent. In one of the article, Petroleum ether is used for the extraction process. And from work, it is concluded that fenugreek flavonoids may increase diabetic symptoms in STZ induced diabetic rats. In another research work fenugreek seed when extracted with water having larger hypoglycaemic and anti hypoglycaemic activity because of this it may be used as an herbal medicine for the treatment of diabetes. The 25 gm of fenugreek seed in the diet helps in the treatment of type 1 diabetics; it acts as supportive therapy very efficiently. 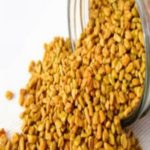 Gymnema sylvester: Gymnema Sylvester is a medicinal plant belonging to family Asclepiadaceae having various pharmacological action like diabetes mellitus, stomachic and diuretic medicine 4. In various system of medicine, Gymnema sylvestre is used as medicine ingredient, the system of medicine used is mostly folk, Ayurvedic, homeopathic and modern medicine. It is cultivated in mainly Deccan peninsula of Western India, Tropical Africa, Vietnam, Malaysia, Srilanka and it is mostly present in Japan, Germany, and USA as a functional food. Mahastier and Caius (1930) was 1st time scientifically tested Gymnema sylvester for its hypoglycaemic activity. Many formulations are available in capsule, tea, etc. Gymnema is work by increasing glucose uptake and utilization 6. It may stimulate beta cell function of the pancreas also increase the release of insulin. In one of study of Gymnema polyherbal formulation was studied on 32 human subjects in which 10 herbs are used. The formulation is given to the patient daily on an empty stomach for 6 months 8. From this study, the observation was found that polyherbal formulation containing Gymnema having potential to maintain glucose level. And it may be efficiently used for the treatment of Type 2 diabetes mellitus. 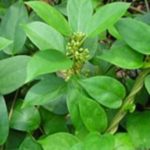 Cinnamon: Cinnamon species are helping to treat a patient with Type 2 diabetes mellitus gets better glycemic control. Cinnamon bark oil is used as a traditional medicine in the western and eastern region from ancient time 7. US physicians also used cinnamon for a variety of disorders in the 19th century. In this research paper extraction is done by aqueous or organic solvent, in that powder various constituents are present, volatile oil 1% to 4%, 60% to 80% cinnamaldehyde; up to 10% eugenol; 5% to 10% trans-cinnamic acid, phenolic compound, other compounds are of 10% including condensed tannins, catechins, and proanthocyanidins. A recent study suggested that cinnamon oil useful for lowering blood glucose level and to treat many diseases. Some research study includes in-vivo and in-vitro studies that aqueous extract of cinnamon activates the insulin receptor by various mechanisms that include improving auto-phosphorylation of the insulin receptor, stop pancreatic and intestinal amylase and glycosidase improve glycogen synthesis in the liver, improve sensitivity, and glycemic control. In one of the study water extraction of cinnamon bark enhances glucose re uptake and increase insulin sensitivity. As cinnamon is abundance in polyphenolic components and when taken 500 mg/d for 12 days it shows decreased in oxidative stress and rises impaired fasting glucose 9. Food and drug administration does not permit for the use of a dietary supplement to treat disease. According to clinical trial data, adverse reports are evaluated, and safety data is collected, from this mostly observed signs are irritation and contact allergies. 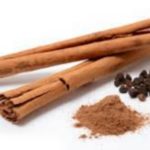 Momordica charantia: Momordica charantia is commonly called bitter gourd or bitter melon. Momordica charantia is one of the members of Cucurbitaceae family and it is used as a vegetable source. It is commonly used traditional medicine for the treatment of diabetes in India, Asia, South America, and East Africa. According to various research work, different chemical constituent are present in the isolated and purified extract of M. charantia such as fatty acid, flavonoids, polysaccharides, alkaloids, saponins and polypeptides 10. The isolated polysaccharide is acidic polysaccharide and having an average molecular weight of 1.3 kDa, and it is composed of rhamnose (12%), galactose (3.05%), glucose (19.89%), xylose (5.46%) and arabinose (56%) 24 also bitter melon is consist of various beneficial compounds includes bio-active chemical, vitamins, minerals, antioxidants 12.

Various solvents are used for extraction are water, ethanol, and hexane. In one of study chromium and M. charantia polysaccharide are used, both having a good hyperglycemic effect. From this study, we can hypothesize that the complex of poly-saccharide-chromium increase antihyperglycemic effect. For this study, STZ solution is induced intraperitoneally to the mice. The experiment was performed for 28 days. Another paper contains three study report it reflects that it had central nervous system related adverse effects; headache and dizziness other less observed side effects are skin rash, sore throat, and hypotension. M. charantia stimulates insulin secretion and increases glucose uptake in liver 15. It is one of the scientifically proven medicinal plants approved by the department of the health 17. Continuous dosing of aqueous of M. charantia fruit for 90bdays give significant lowering in blood glucose level of STZ induced diabetic rat 16. M. charantia was extracted with ethanol; this extract is having more amount of saponin, and according to this research work saponin is responsible for hypoglycemic activity 21. 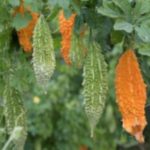 Pterocarpus marsupium Wood: Pterocarpus belongs to Leguminosae family. Heartwood obtained from Pterocarpus is also called as Indian Kino 23. According to the study of Ayurvedic system of medicine recommend that water stored in heart wood of Pterocarpus is good remedy for the treatment of diabetes 22. The water extract of Pterocarpus marsupium Roxb. It is used for the treatment of diabetes mellitus from long ago. The study of Chakravarthy et al., give information that flavonoids, (-)-epicatechin, isolated from Pterocarpus plant have an activity that it effectively regenerates the beta cell in alloxan-induced diabetic rat and causes a reduction in blood glucose level 18, 19. This plant is used in another ailment like diarrhea, toothache, fever, infection of urinary tract and skin20. 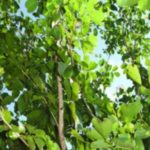 CONCLUSION: The use of the plant as a medicine is one of the traditional methods for treatment of the various diseases. Many research works are going on the traditional medicinal plant for their pharmacological action, mechanism, and adverse reaction. Thus, the use of herbal medicine continues in today's society for the prevention and treatment of diabetes. Many of commercially produced drug is obtained from plant origin; they had potential action same as that of modern medicine. Many herbs show anti-diabetic action by regulating insulin secretion, improve insulin sensitivity. Some authorities are working for the safety and efficacy of herbal medicines.