PHYTOCHEMISTRY AND PHARMACOLOGICAL PROPERTIES OF GYMNEMA SYLVESTRE (ASCLEPIADACEAE): A REVIEW

PHYTOCHEMISTRY AND PHARMACOLOGICAL PROPERTIES OF GYMNEMA SYLVESTRE (ASCLEPIADACEAE): A REVIEW

ABSTRACT: Gymnema sylvestre, is a traditional medicinal plant, belonging to the family of Asclepiadaceae; commonly distributed throughout the world, predominantly in tropical regions. The plant exhibits a broad range of therapeutic effects as an effective natural remedy for diabetes, dyspepsia, helminthiasis, constipation, hemorrhoids, jaundice, cardiopathy, asthma, bronchitis, leucoderma and several inflammatory diseases. Gymnemic acid, the active compound of this plant is significantly related to obesity and diabetes to control them positively. Additionally, some of the potential pharmacological activities such as antimicrobial, antihyphal, anti-hypercholesterolemic, and hepatoprotective activities of the plant were also reported. Pre-eminently, this review aims to explore the transition of a traditional therapeutic to a modern contemporary medication with an overview of phytochemistry and pharmacological activities of the plant and its phytoconstituents.

INTRODUCTION: Plants have been used for therapeutic purposes from the ancient period. Various chemical compounds isolated from plants have biological functions including defense action against different kinds of fungi, insects and herbivorous mammals. Some plants and their derivatives are also used as active ingredients in the formulation of different drugs like aspirin. Formulas for the treatment of basic illnesses, for example, diarrhea, constipation, low sperm count, hypertension, dysentery, and weak penile erection, coated tongue, piles, bronchial asthma, menstrual disorders, leucorrhoea, and fevers are given by the traditional medicine practitioners very effectively 1.

As of late, the World Health Organization (WHO) assessed that 80% of individuals are now using herbal medicines as their primary health care needs. According to WHO, there are more than 21,000 plant species which have the efficiency in curing diseases and is being used as medicinal plants 2. Treatment with medicinal plants is viewed as extremely protected as there is no or negligible side effects.

Gymnema sylvestre is a medicinal plant belonging to the family Asclepiadaceae that grows extensively in Asia. It has been used in the treatment of diabetes for nearly two millennia and commonly known as gudmar. The plant has been reported to have antimicrobial, antioxidant and antiviral effects 3. It is also used for controlling obesity in the form of Gymnema tea. Secondary metabolites of the plant like alkaloids, terpenoids, phenolics, steroids, and flavonoids play an important role in the interaction of the plant with its environment.

The amount and type of phytochemical compounds vary from plant to plant. In Gymnema species, phytochemicals such as saponins, terpenoids, flavonoids, tannins, steroids, and alkaloids have anti-inflammatory effects. Saponins possess anti-diabetic and hypocholesterolemic properties. The terpenoids have also been shown to reduce blood glucose level in animal studies. The steroids and saponins affect the activity of the central nervous system 4. The following is a comprehensive and up-to-date review about the distribution, phyto-chemistry, and pharmacological properties of Gymnema sylvestre with an urge of further advancements in the medicinal uses of the herb worldwide.

Gymnema sylvestre: G. sylvestre is a moderate developing, perpetual, woody climber, conveyed all through India, in becoming backwoods scarce to 600 m tallness. Fundamentally it is amassed in the tropical timberland of Central and Southern India. Besides, it is found in Banda, Konkan, Western Ghats, Deccan stretching out to the parts of Western and Northern India 5.

The plant is an expansive, pretty much pubescent, woody climber. The leaves are inverse, normally elliptic or praise (1.25 - 2.0-inch × 0.5 - 1.25 inch). Blooms are little, yellow, in axillary and horizontal umbel in cymes; Follicles are terete and lanceolateupto 3 creeps long. The calyx-flaps are long, praise, insensitive and pubescent. Corolla is light yellow campanulate, valvate, crown single, with 5 plump scales. Scales adnate to throat of corolla tube between projections; another connective delivered into a membranous tip, pollinia 2, erect, carpels 2, unilocular; locules numerous ovules 6, 7. 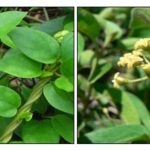 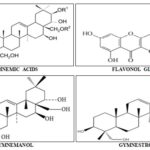 FIG. 2: STRUCTURES OF SOME PHYTOCONSTITUENTS ISOLATED FROM GYMNEMA SYLVESTRE

Anti-diabetic Activity: The hypoglycemic activity of Gymnema sylvestre leaves was first reported in the late 1920s. The plant’s hypoglycemic activity is slow, varying from the fast impact of numerous solutions hypoglycemic medications. Gymnema leaves raise insulin levels by causing recovery of β-cells in the pancreas that discharge insulin. Research has demonstrated that Gymnema enhances the take-up of glucose into cells by expanding the movement of glucose-using proteins and keeping adrenaline from empowering the liver to deliver glucose, with the net impact that glucose levels are decreased. Another antidiabetic impact of Gymnema is that it nullifies the essence of sugar, which has the impact of smothering and killing the desire for desserts.

Gymnemic corrosive found in the leaf extricates hyperglycemia and furthermore goes about as a cardiovascular stimulant. Oral organization of a dissolvable water portion G-54 confined from Gymnema sylvestre directed to 27 sort 2 diabetic patients diminished their insulin prerequisite, brought down the fasting glucose and glycosylated hemoglobin content 12. Two dissolvable water portions (GS-3 and GS-4) acquired from leaves were found to twofold the pancreatic islets and β-cell numbers in diabetic rats 13.

Alcoholic leaf remove (500 mg/kg, orally) brought down most extreme glucose in fasted, glucose encouraged and diabetic rats alongside insulin discharged from pancreatic β-cells 14. In rats the insulin emission from islets of Langerhans and a few pancreatic β-cell lines initiated by alcoholic concentrate without different jolt 15. Gymnemic corrosive IV, disconnected from leaves created an intense hypoglycemic impact in STZ-diabetic mice. Leaf separate has been seen to deliver against hyperglycemic 16 and hypoglycemic 17 impacts in corticosteroid-incited diabetes mellitus, without adjusted serum cortisol focus. A polyherbal detailing containing fluid concentrates of Gymnema sylvestre delivered conspicuous hypoglycemic movement in typical and diabetic rats at a dosage of 100 - 500 mg/kg/day, orally for intense, 6 h and for the long haul, a month and a half investigation 18. Gymnemic corrosive IV secluded from the leaves has been seen to create hypoglycemic, hostile to hyperglycemic, glucose take-up inhibitory and gut glycosidase inhibitory impacts.

Hypolipidemic Activity: Gymnema leaves are likewise noted for bringing down serum cholesterol and triglycerides. Gymnema leaf separate at a measurement of 25 - 100 mg/kg regulated orally to tentatively initiated hyperlipidemic rats for two weeks lessened the raised serum triglyceride, add up to cholesterol, low thickness lipoprotein, and low thickness lipoprotein cholesterol in a dosage subordinate way. The capacity of the concentrate at 100 mg/kg to bring down triglycerides and aggregate cholesterol in serum and it's hostile to atherosclerotic potential was like that of the standard lipid-bringing down operator clofibrate 23. G. sylvestre also produced a significant lowering of cholesterol in a hypertension model, and it inhibits the activity of the hormones sensitive lipases in adipose tissue and suppresses the release of triglycerides when it is administered orally at the dose of 400, 600 and 800 mg kg body weight once a day to the groups for 30 days 24.

Antiobesity Study: G. Sylvestre advances weight reduction perhaps through its capacity to diminish desires for desserts and control glucose levels. It has been accounted for that the gurmarin peptide hinders the capacity to taste sweet or unpleasant flavors and consequently diminishes sweet desires. An institutionalized G. sylvestre extricates in the mix with niacin-bound chromium, and hydroxycitric corrosive has been assessed for antiobesity movement by observing changes in body weight, weight record (BMI), hunger, lipid profiles, serum leptin and discharge of urinary fat metabolites.

This examination demonstrated that the mix of Gymnema sylvestre separate and hydroxycitric corrosive, niacin-bound chromium could fill in as a compelling and safe weight reduction equation that can encourage a lessening in abundance body weight and BMI while advancing sound blood lipid levels 25. Leaves extract of Gymnema sylvestre is rich in gymnemic acids that help in the inhibition of fat and oil hydrolyzates absorption from the digestive tract and thus show a potent antiobesity effect 26.

Anti-Inflammatory Activity: The aqueous extract of G. sylvestre leaves was researched for assessment of anti-inflammatory action in rats at measurements 200, 300 and 500 mg/kg in carrageenin prompted paw edema and cotton pellet strategy. The fluid concentrate at 300, 26 mg/kg diminished the paw edema volume by 48.5% inside 4 h after organization, while the standard medication phenylbutazone diminished the edema volume by 57.6% when contrasted and the paw edema volume of control. The watery concentrate at the dosage of 200 mg/kg and 300 mg/kg delivered critical diminishment in granuloma weight when contrasted with control gathering 31.

Free Radical Scavenging Activity: In-vitro, the inhibitory impacts of DPPH radicals and LDL oxidation were found with the fluid concentrate of G. sylvestre. G. sylvestre requires 32.1 μl, for searching half of the DPPH radicals 32.

Effect on Taste: Gymnema or more specifically the gurmarin peptide, has been reported to block the ability to taste sweet or bitter flavors. Interference with Na+/K+ ATPase activity of taste receptor has been proposed as a possible mechanism of action. The transient effect on taste is only present when the fresh or dry leaves are chewed 33.

In-vivo contemplates have demonstrated that pre-treatment with GS separates altogether upgraded the radiation (8 Gy)- prompted an increase of lipid peroxidation and exhaustion of glutathione and protein in mouse mind. Some multi-home has grown Ayurvedic plans containing concentrates of GS, for example, hypnoid and dihar, have indicated cell reinforcement movement by expanding the levels of superoxide dismutase, glutathione, and catalase in rats 37, 38. According to Kaskoos (2015) 39, the antioxidant activities of G. sylvestre (leaves) and their composite extract were determined by using a methanolic solution of DPPH. The result of the antioxidant activity of G. sylvestre (leaves) showed a concentration-dependent response, and it varied from 3.92 to 72.22% for the concentration of 7.81 to 1000 μg/ml, respectively. The IC50 values of G. sylvestre extract were found to be 140 μg/ml.

Hepatoprotective Activity: Shafeyet (2013) 19 done an experiment and agreed with Shanmuga-sundaram (1983) 40, where it was reported that by administering dried leaf powder of G. sylvestre it helps to lower the glucose level, and thus it helps to maintain balanced gluconeogenic enzymes (ALT and AST) and expanded glycogen levels in liver, kidney, and muscle.

Aside from every one of these exercises, The plant is accounted for to be severe, astringent, harsh, thermogenic, calming, anodyne, stomach related, liver tonic emetic, diuretic, stomachic, stimulant, antihelminthics, purgative, cardiotonic, expectorant, antipyretic and uterine tonic 41. It is helpful in dyspepsia, stoppage, jaundice, hemorrhoids, renal and vesical calculi, cardiopathy, asthma, bronchitis, amenorrhoea, conjunctivitis and leucoderma 42.

Toxicity: The LD50 of ethanol and water extract of Gymnema administered intraperitoneally in mice was found to be 375 mg/kg 43.

CONCLUSION: The present and previous all the studied have demonstrated that Gymnema sylvestre has a wide range of therapeutic effects. Presently, the plant originated natural compounds got a significant endurance for safe medicinal use by being tested their effectiveness and efficacy. Because of diabetes being turned into a basic illness throughout the world, people have started using herbs as a conventional practice for the treatment of this disease. G. sylvestre, has achieved a vital place among such antidiabetic restorative plants which have hypoglycemic and hypolipidemic action in long haul treatment. G. sylvestre has not only anti-diabetic property it can also be useful for weight loss, metabolic syndrome, cough, snake bite antidote, antihelminthic, antipyretic, astringent, an alexipharmic, cardiotonic, digestive, diuretic, hemorrhoids, jaundice and leucoderma. Though some other investigations, such as physiochemical characterization, biological evaluation, toxicity studies, and investigation of the molecular mechanism of action of isolated compounds are going on, clinical trials on G. sylvestre might help to draw their unquestionable pharmacological effect on the human body.