ABSTRACT: The present study was carried out to evaluate the wound healing potential of different extracts of Oroxylum indicum leave in two different types of wound models in albino rats viz., incision and excision, and compare the effects with povidone iodine ointment which is used as standard drug. Among all the extract, the ethanolic extract at a dose of (250 mg/kg) possesses a significant increase in wound contraction and formation of scar in an excision wound model. The extract showed a significant increase in the breaking strength of resutured incision wound as compared to the control group (p<0.05). The result of the present study indicates that ethanolic extract of O. indicium has more significant wound healing property than the other two extracts in excision and incision wound model.

INTRODUCTION: Herbal medicine has become an integral part of standard healthcare. The World health organization estimated that 80% of people worldwide rely on herbal medicines for some aspect of their primary healthcare 1. Wound healing can be defined as a complex dynamic process that results in the results in the restoration of anatomic continuity and function. It is a finely orchestrated and overlapping sequence of events involving vascular response phase/hemostasis, inflammation, proliferation, maturation and remodeling 2, 3. Many Ayurvedic herbal plants have a very important role in the treatment of the wound. Plants are more potent healers because they promote the repair mechanisms naturally. So the present study, undergoes to evaluate the wound healing activity of Oroxylum indicum.

The tribal areas of Baipariguda, Koraput (District) of Eastern Orissa, due to its unique varieties geographical and climatic factors have had a rich variety of medicinal plant. Oroxylum indicum (family: Bignoniaceae) also known as Phana Phena (Oriya) is frequently distributed. And extensively used by the tribal people. Oroxylum indicum (L.) The vent is a small or medium-sized deciduous tree that grows up to a height of 12 m, with soft light brown or greyish brown bark with corky lenticels 4. The leaves are very large, 90 - 180 cm long, 2 - 3 pinnate with 5 or more pairs of primary pinnae, rachis very stout, cylindrical, swollen at the junction of branches, leaflets 2 - 4 pairs ovate or elliptic, acuminate, glabrous. The large leaf stalks wither and fall off the tree and collect near the base of the trunk, appearing to look like a pile of broken limb bones.

The flowers are reddish purple outside and pale, pinkish‐yellow within, numerous, in large erect racemes 5. Fruits are flat capsules, 0.33 ‐ 1 m long and 5 ‐ 10 cm broad and sword-shaped. Seeds are numerous, 6 cm long, winged all round except at the base.

In India, it is distributed in the Himalayan foothills, Eastern and the Western Ghats and North East India 6, 7. Many other compounds namely oroxyloside methyl ester and chrysin-7-O-methyl glucoside in leaves and stem bark and an anthraquinone, aloe-emodin in leaves 8 were also reported from this plant. Analysis of phytoconstituents on various extracts of different parts of the plant revealed the presence of flavonoids, alkaloids, saponins, tannins, glycosides, sterols, fats and oils in high, moderate and low concentrations 9, 10. Leaves are used as stomachic, carminative and flatulent. The leaf decoction is given in treating rheumatic pain, enlarged spleen 11, 12, ulcer, cough, and bronchitis. The fruits are acrid, sweet, antihelminthic, effective in diseases of the throat and heart, piles, bronchitis, used as an expectorant, improves appetite and is used in leucoderma 13.

Collection and Authentification of Plant Material: The leaves of Oroxylum indicum were collected from the tribal belts of the local area of Baipariguda of Koraput District, India in January 2018. The plant was identified, confirmed and authenticated by the Biju Patnaik Medicinal Plants Garden and Research Centre, Dr. M. S. Swami Nathan Research Foundation, Jeypore, Koraput (District), Orissa (Letter No. MJ/SS/P-605/18, dated (7.2.2018). After authentic-fiction leaves were collected in bulk and washed under running tap water to remove adhering dirt. Then the leaves were shade-dried. The dried materials were made into coarse powder by grinding in a mechanical grinder and stored in a closed airtight container for further use.

Preparation of Extracts: The coarse powder was taken in Soxhlet apparatus and extracted successively with ethanol, ethyl acetate, n-butanol and petroleum ether as a solvent. A total amount of 250 g coarse powder was extracted with 500 ml of each solvent. For each solvent, 10 cycles were run to obtain a thick slurry. Each slurry was then concentrated under reduced pressure to obtain crude extract. All crude extracts were kept in closed airtight containers under cool and dark place for further study 14, 15.

Phytochemical Investigation: The crude pet. ether chloroform and ethanol extracts of the leaf of Oroxylum indicum were subjected to preliminary phytochemical analysis to detect the presence of various groups of phytoconstituents by carrying out the chemical analysis 15, 16.

Animal: Healthy adult Wistar strain of albino rats weighing approximately 180 to 250 g were used. They were housed in standard conditions of temperature (25 ± 2 °C), 12 h light per day cycle, the relative humidity of 45 - 55% in the animal house of Jeypore College of Pharmacy. They were fed with standard pellets of food and water. Animals were kept, and all operation on animals was done in aseptic condition.

Experimental Protocol: Animals were selected, weighed (25 - 30 g) and divided into five groups (n = 6), namely control, standard drug and three groups belonging to four different extracts of O. indicum. All the studies conducted were approved by the Institutional Ethical Committee (1906/PO/ Re/S/16/CPCSEA), Jeypore College of Pharmacy, Jeypore, Odisha according to prescribed guidelines of the Committee for Control and Supervision of Experiments on Animals (CPCSEA), Government of India.

Excision Wound: For the excision wound study, animals were divided into five groups of six rats in each group. Group-I served as control and received only saline 2 ml/kg orally, Group-II served as Standard drug (povidone iodine ointment) applied topically. The pet. ether, chloroform and ethanol extracts (250 mg/kg) were given orally to Group- III, Group-IV and Group-V of O. indicum leave respectively. An impression was made on the dorsal thoracic central region 5 mm away from the ears, by using a round seal of 2.5 cm diameter as described by Morton and Malone. The skin of the impressed area was excised to the full thickness to the obtained area of about 500 mm2 under light ether anesthesia in the aseptic condition the animals were housed individually. The animals were treated daily with drugs as mentioned above under experimental design from 0th day to 18 days starting from the day of wounding. The percentage of wound closure was observed on 4th, 8th, 12th, 16th, 18th post wounding day. Epithelization time (in days) and the size of the scar area was noted 17.

Incision Wound: In the Incision wound model, the animals were divided into five groups of six rats in each group, and kept in a separate cage. Group-I served as the control, received only saline 2 ml/kg orally, Group-II served as a standard drug (povidone iodine ointment) applied topically. The pet. ether, chloroform and ethanol extracts (250 mg/kg) were given orally to Group- III, Group-IV and Group-V of O. indicum leave respectively. Under light ether anesthesia, the animals were secured to an operating table in its natural position. Two paravertebral straight incisions of 6 cm each were made through the entire thickness of the skin, on either side of the vertebral column with the help of a sharp blade. After complete homeostasis, the wound was closed using interrupted sutures placed at equidistance points about 1 cm apart. Animals were treated daily with drugs as mentioned above under experimental design from 0th day to 10th post-wounding day. The wound breaking strength was determined on the 10th day by continuous constant water flow technique of Lee 18, 19.

Statistical Analysis: The results are reported as Mean ± SE. Statistical analysis was done using ANOVA (Tukey - Multiple Comparision Test). When probability (p) was less than 0.05 was considered as significant 19.

RESULTS AND DISCUSSION: The preliminary phytochemical screening showed that the different solvent extracts of O. indicium contain alkaloids, flavonoids, glycoside, phenolic compound, saponins and tannins in all the solvent extracts and carbohydrates absent in all the extracts. In the study using excision wound model, animals treated with ethanol extract of O. indicum leaves showed a significant decrease in an epithelization period as evidenced by shorter period for fall of eschar as compared to control group (p<0.05) Fig. 1. 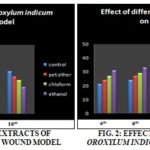 TABLE 2: EFFECT OF EXTRACTS OF O. INDICUM LEAVES ON THE BREAKING STRENGTH IN INCISION WOUND

CONCLUSION: In the present study, wound healing activity of O. indicium was studied, and the results of the present study suggest that local application and systemic administration of ethanol extract of the leaf has shown more significant wound healing activity in excision and incision wound models and support the popular use of plant to open wound in folk medicine. The wound healing property of O. indicum has been attributed to its antimicrobial effects. The presence of phytoconstituents like flavonoids, saponins, phenols, and tannins either individually or combined may exhibit the synergistic effect towards the healing of wounds. However, further investigation employing isolation of constituents and screening models are needed for further confirmation of wound healing potential of O. indicum leaves. Thus the traditional use has been pharmacologically validated.

ACKNOWLEDGEMENT: Authors wish to thank local people of southeastern Odisha for providing valuable information about the plant and the author wish to express their gratitude to Jeypore College of Pharmacy, Rondapalli, Jeypore, Koraput, Odisha to co-operate throughout the project.