ABSTRACT: Several plants used for medicinal purposes can be found in the Brazilian Cerrado, among which highlights the genus Cecropia used as a bronchodilator, antitussive, anti-diabetic, anti-diarrheal, anti-hypertensive, anti-inflammatory and vasorelaxant. Between species, there is Cecropia pachystachya belongs to the Urticaceae family. This study aims to evaluate the phytochemical screening, antioxidant capacity and antimicrobial susceptibility of ethanol, aqueous and hydroalcoholic extracts the leaves of C. pachystachya extracts. In analyzing, the phytochemical screening was used for prospecting technique chemical constituents of plant extracts to detect the presence of alkaloids, anthraquinones, steroids/triterpenoids, flavonoids, glycosides, tannins, and saponins. The method of inhibiting free radical 2, 2-diphenyl-1-picrylhydrazyl (DPPH•) was employed for the evaluation of the antioxidant capacity of the extracts and the antimicrobial susceptibility wells technique in Mueller-Hinton agar. The ethanol extract showed better antioxidant activity compared to the control with 0.56 µL/mL of IC50, but also in antimicrobial susceptibility with inhibitory effect in different concentrations. We can conclude that the extract which showed a high performance against the trials was the ethanol. However, C. pachystachya demonstrated to be a good candidate in the development of herbal medicines.

INTRODUCTION: Brazil is considered one of the most biological range countries 1 which has five biomes, including the Cerrado, which is the second largest biome in South America, covering an area of 2,036,448 km2, about 22-23% of the country.

In terms of area, it is exceeded only by the Amazonian forest (with approx. 3 ± 5 million km2). 2 The Brazilian Cerrado region extends from the margin of the Amazonian forest to outlying areas in the southern states of São Paulo and Paraná, occupying more than 20° of latitude and an altitudinal range from sea-level to 1800m 3.

The Brazilian Cerrado is recognized as the most biodiverse savannah, home to 11,627 species of native plants and those already cataloged more than 220 species have medicinal use. 2 Among various existing species in this biome is the Cecropia genus, belonging to the Urticaceae family, consisting of about 75 tropical species and known by embauba or trumpet-tree 4.  In folk medicine, this genre has several effects, among them, bronchodilator 5, antitussive 6, anti-diabetic 7, anti-diarrheal 8, anti-hypertensive 9, anti-inflammatory 10 and vaso-relaxant 11.

Among the various species of medicinal interest of this kind, there is the Cecropia pachystachya or white embauba, a tree which can reach up to 12 meters height 12. In Brazil, it occurs from the south of the Amazon, in the states of Amazonas, Bahia, Ceará, Espírito Santo, Rio de Janeiro, Goiás, Maranhão, Mato Grosso, Mato Grosso do Sul, Pará, Paraíba, Pernambuco, Piauí, Paraná, Rio Grande do Sul, Santa Catarina, Minas Gerais, São Paulo, and the Federal District, and extends to Paraguay and northern Argentina, inhabiting forests, savannas, and salt marsh areas 12, 13.

Most of the bioactive compounds present as saponins, proteins and amino acids, cathechin, tannin, coumarin derivated, steroids and triterpenoids, also it has antioxidant activity which inhibits the formation of the free radicals 14. Free radicals are highly reactive atoms or molecules produced naturally in the system. In the normal body functioning, external factors may lead to excess production of these radicals and cause oxidation of cells, which contributes to the development of various diseases, such as diabetes, cancer, atherosclerosis, among others 15. To inhibit excess free radicals and prevent the formation of such diseases, antioxidants retard the rate of oxidation, can be produced by the body itself or obtained from external sources in food and beverages 16. Recently research has increased, concerning to the developing property of natural products contained in crude extracts or isolated compounds 17.

One of the biggest plants of research incentives with therapeutic measures comes from the increasing cases of resistance to conventional antibiotics worldwide, developed by various microorganisms, due to the indiscriminate use of this drug by the population, becoming a serious public health problem 18, 19. Among these microorganisms, there is the Staphylococcus aureus, a species belongs to the genus Staphylococcus sp., a gram-positive bacterium and it is considered of great clinical importance 20, 21, 22; as well as Salmonella typhimurium, a gram-negative species, which belongs to the genus Salmonella 23 and it is considered the most serious infection caused by this genre 24.

Investments in research for the production of medicines and public policies, such as the National Policy on Integrative and Complementary Practices (PNPIC), National Policy on Medicinal Plants (PNPM / Ministry of Health), the National List of Essential Medicines (RENAME) are boosters of rational use of medicinal plants and herbal medicines in treating patients, in order to ensure the Brazilian population safe access in order to promote sustainable use of biodiversity, the development of the productive chain and the national industry, as well as to encourage the development of new alternatives treatment 25.

Plant Material: The sample was collected on the farm “Capoeirão,” located in Inhumas (Goias-GO) in February 2014 Fig. 1. The material used consists of Cecropia pachystachya Trec. Leaves identified in the herbarium of Biological Sciences at the University of Brasilia by Prof. Dr. Christopher Fagg and a voucher specimen of plant species deposited in the Herbarium of Faculty Anhanguera of Brasilia under the voucher 27.1001.

Preparation of Extracts: To obtain fluid crude extracts has been applied of the soaking methods followed by filtration in vacuum and concentration on rota evaporator according to Brazilian Pharmacopoeia 26. The ethanolic extract was subjected to the maceration process using 40 g of plant drugs extracted with 300 ml of 70% ethanol, followed by vacuum filtration. Subsequently, the extract was concentrated on rotaevaporator (Fisatom® Mod. 801) in vacuum at the temperature of 60 °C to 120 revolutions per minute. For aqueous and hydroalcoholic extracts was the same procedure used for extraction of the ethanol extract except using the solvents were 70% ethanol and distilled water 1:1, and distilled water for hydroalcoholic and aqueous extract respectively. The fluid crude extracts were stored in amber glass vials and stored at 10 °C. 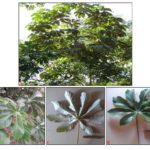 For the blank sample was used 1.5 ml of ethanol, 1 ml buffer and 0.1 ml of the sample. To reset the device was used buffer and ethanol 1:1. 15 min after the addition of DPPH• reading was performed UV-1800 (Shimadzu®) (517nm) relying on software UVProve 2.33. As a positive control, we used the standard ascorbic acid (C6H8O6). For this method, we used 95% ethanol, sodium acetate/acetic acid buffer (0.1 M) and DPPH• (0.25 M). Moreover, determining the inhibition potential held by the formula:

The processing of data (IC50) was carried out by linear regression using the straight line equation (y = ax + b) of each extract samples and standard according to Locatelli 30. The statistical analysis of results was performed by analysis of variance (ANOVA) using Graph Pad Prism® software version 5.01. Although the distribution is nonparametric was preferable to use this type of analysis because we could observe the behavior of the data on the chart better.

Antimicrobial Susceptibility Evaluation: The antimicrobial susceptibility was evaluated according to Bauer and Kirby 31 with adaptations through the wells technique on Mueller-Hinton agar (MHA) for each extract. The samples were performed in triplicate by wells in MHA technique for standard strains of gram positive and gram negative, from the American Type Culture Collection (ATCC): Staphylococcus aureus 25923 (Laborclin®) and Salmonella typhymurium 123912 (Laborclin®). To achieve the technique, threaded tubes containing 9 ml of 0.9 % saline sterilized them by the autoclaving process. In sterile saline solution added to working strain, and it adjusted with the help of spectrophotometric apparatus (Quimis® Q-SD 108) for the absorbance at 625 nm to obtain reading between 0.08 to 0.1 nm of the strain, which is equivalent to the concentration 0.5 McFarland scale tube getting to worked strain. The bacterial inoculum was carried out with 100 µl of working strain, and with the aid of a sterile Drigalski handle, is distributed evenly over the surface of MHA (Biomerieux®, a lot: 1408110706), allowed to stand for approximately three minutes. The tests were performed in triplicate. The plates containing the culture medium were drilled wells of 4 mm diameter with the aid of sterile tips.

Subsequently, 50 µl of the extracts diluted with distilled water was applied in each well identified, in concentrations corresponding to 1/1; 1/2; 1/4; 1/8; 1/16; 1/32, and the negative control used was distilled water. The positive control was placed in the center of the disc plate as an amoxicillin 10 µg (Laborclin®). The plates were incubated in the greenhouse bacterial growth (Quimis®, Q-316B3) at 37°C ± 2°C for 24 h. After this period, the reading was performed to verify the results of the presence or absence of inhibition zone. The results were determined by measuring in millimeters from halo, with handheld caliper in two horizontal lines by averaging these two measurements 31, 32.

Qualitative Phytochemical Analysis: The results of the phytochemical analysis of C. pachystachya extracts are demonstrated in Table 1. Checking for the presence of secondary metabolites such as alkaloids, flavonoids, tannins and steroids/ triterpenoids corroborate the literature, which would explain the pharmacological effect of plant and uses in the treatment of diseases, such as hypertension 33, 34, 35.  However, it was observed that the tests, which showed a greater range identification of bioactive compounds was the ethanol extract, might be by interaction of the chemical constituents present in the plant and solvent used. 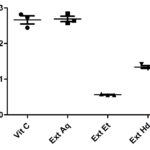 TABLE 2: ANTIOXIDANT ACTIVITY BY DPPH• FOR ETHANOL, HYDROALCOHOLIC AND AQUEOUS EXTRACTS OF GROUND LEAVES OF CECROPIA PACHYSTACHYA AND ASCORBIC ACID

In this analysis, it found the three different extracts behaved differently. The extracts worked which showed more significant inhibition of free radical DPPH• was ethanol, which corroborates Farias 37 in the ethanol extract showed strong antioxidant activity in-vitro since the amount of the antioxidant activity (IC50) was obtained 0.56 µL/mL. While the hydroalcoholic extract was 1.34µL/mL and that AA showed lower was the aqueous extract with IC50 of 2.69 µL/mL Fig. 2. Thus, demonstrating a significant antioxidant capacity except for the aqueous extract concerning ascorbic acid (control), which obtained in an IC50 of 2.66 µL/mL Table 2.

Overall, this activity is related to the presence of flavonoids and tannins, some classes found in all worked extracts. Chlorogenic acid and C-glycosyl flavonoids may explain AA, showing results are in agreement with the medicinal use of this species 37. It is worth noting that the isovitexin flavonoids have an antioxidant potential effectively active 38.

This same compound isolated in the alcoholic extract of Cecropia glaziovii contributed to the activity of the extracts of this kind on blood pressure, while isoorientin and orienting are the main C-glycosyl flavonoids for C. pachystachya 39, 40. Then, which suggests this compound is also responsible for the antioxidant ability of this species. In addition to the flavonoid phenolic compound, we met the presence of other compounds such as alkaloids, flavonoids, tannins and steroids / triterpenoids, which can act synergistically to contribute to a better activity of the extracts. Other factors that can influence similarly the activity are the time of year and the day of collection, the typical rainy season at the time of collection, as well as the presence of insects living near the plant.

Flavonoids and tannins can impart antimicrobial activity to extracts. Such compounds can inhibit the growth of bacteria by different mechanisms of action 42, 43, 44, 45. Inhibition of nucleic acids exerted by flavonoids particularly with β-hydroxylation in ring 46 is an example of these mechanisms of action, as well as inhibition of cell membrane functions 47, 48. Tannins are present in the majority of plant families, and they have diverse biological activities such as antioxidant, anticancer, anti-bacterial and antiviral (HIV replication). 49 This phenolic compound usually acts affecting bacterial and viral growth in various ways, as inhibition of extracellular enzymes & oxidative phosphorylation 50.

CONCLUSION: The results showed that the presence of metabolites, such as flavonoids and tannins show significant antioxidant activity and can contribute to the inhibition of bacterial growth, especially in the ethanolic extract, it was observed significant performance compared to the tests. Therefore, it is of great relevance indicates that Cecropia Pachystachya leaf can become a prime candidate in the herbal medicines development to help treat patients.

ACKNOWLEDGEMENT: The authors are grateful for the financial support from IPADE, as well as the help and encouragement from Faculty Anhanguera of Brasilia through scholarships for scientific initiation and the University of Brasilia (UNB) for technical support.