ABSTRACT: In the present study, the photochemistry of fluoroquinolone antibiotic drug-besifloxacin (1) was investigated under mild conditions similar to those encountered in biological systems namely aerobic as well as an anaerobic condition with UV-A light. When besifloxacin (1) was irradiated with a high-pressure mercury lamp under aerobic conditions it afforded 7-(2-Amino-5-oxo-pentylamino)-8-chloro-1-cyclopropyl-6-fluoro-4-oxo- 1, 4 - dihydro-quinoline-3-carboxylic acid as photoproduct (2) and under anaerobic condition it afforded 7-(3-Amino-azepan-1-yl)-1-cyclo propyl-6-fluoro-8-hydroxy-4-oxo-1,4dihydro-quinoline-3-carboxylic acid as photoproduct  (3). The formation of photoproduct was explained by the type-I and type II mechanism of photosensitization.

INTRODUCTION: The Interest in the topic of drug photochemistry has amplified markedly due to the awareness among the scientific community of an increase in the UV portion of the sun spectrum reaching the earth 1, 2, 3. In the last few years majority of the work done on the mechanisms of both drug photodegradation and photosensitization, has appeared in recent reviews4. The mechanism of Photosensitization induced by drugs are generally considered as belonging to either type I (radical mediated) or type II (singlet oxygen-mediated) 5. The interaction of many currently used drugs with UVA and UVB radiations is usually responsible for a series of photosensitizing effects, i.e., photo-toxicity, photoallergy, photomutagenesis, and photocarcinogenesis. Thus, to evaluate the photobiological risk associated with a drug, it is important to understand the molecular mechanism of drug photosensitization 6.

Fluoroquinolone drugs are the most successful largely used class of antibiotics. They are considered to be well-tolerated drugs with relatively limited adverse effects 7, 8, 9. In spite of this, they have been recognized to possess a remarkable phototoxic potential 10, 11, 12. To gain insight into the molecular mechanisms of the photo-induced biological damage, a great deal of attention was recently dedicated to the study of their photochemical degradation pathways 13. Besifloxacin is a topical ophthalmic fluoro-quinolone, a most recently approved drug for the treatment of bacterial conjunctivitis caused by susceptible bacterial strains. Like other fluoroquinolones 14 (FQs), besifloxacin also targets bacterial enzymes required for DNA replication such as DNA gyrase and topoisomerase IV15, 16. However, besifloxacin show more balanced activity against these enzymes than do other fluoroquinolone In addition, besifloxacin has been found to have greater in-vitro activity than gatifloxacin and moxifloxacin against several drug-resistant organisms 17. In spite of this, they induce phototoxicity as a significant side effect so theoretical and experimental studies are needed to shed light on the possible molecular mechanism of photosensitization to help in developing possible routes to avoid these complications 18. In continuation of our interest in the photochemical reactions responsible for the phototoxicity of the photosensitizing drugs and their mechanisms, herein we have examined the photochemical behaviour of newly approved fluoroquinolone antibiotics besifloxacin under different reaction conditions (aerobic and anaerobic). The irradiation of besifloxacin with UV-A light under aerobic condition give one photoproduct (2) and under anaerobic conditions gives two different photo-products (3 & 4) Scheme 1. These photoproducts were identified from their spectral (IR, 1H-NMR, 13C-NMR, and mass spectra) properties.

Apparatus and Chemicals: All chemicals used were of analytical grade. Pure besifloxacin was obtained from Swaroop drugs & pharmaceuticals (India); IR spectra were recorded as KBr discs on a Perkin Elmer model spectrum RXI. 1H NMR and 13C NMR Spectra were recorded on a Bruker Avance-DRX -300 Spectrometer using TMS as internal standard and CDCl3 as a solvent.

Photo-irradiation Procedure: A solution of besifloxacin (in ethanol) was stirred and flushed with argon or oxygen (as desired) for 1 h before irradiation and was kept bubbling during the irradiations. The course of the reaction was monitored by thin layer chromatography on pre-coated silica gel TLC plates using chloroform-acetone (9:1) mixture. After the completion of reaction (when desired conversions have reached) the solvent was removed in a rotary evaporator and products were purified by silica gel column chromatography.

Irradiation of Besifloxacin under the Aerobic Condition: An ethanolic solution of 1 (238 mg) was irradiated for 5 h at 254 nm. After following the steps described in the photo irradiation procedure, 2 (110 mg) was obtained as the main photo product, as detected on TLC.

Irradiation of Besifloxacin under the Anaerobic Condition: An ethanolic solution of 1 (238 mg) was irradiated for 5 h at 254 nm. After following the steps described in the photo-irradiation procedure, 3 (108 mg) was obtained as the main photo product, as detected on TLC.

RESULTS AND DISCUSSION: Irradiation of an ethanolic solution of besifloxacin under both aerobic and anaerobic conditions with corex filtered light followed by purification of the crude product by silica gel column chromatography afforded two different photoproducts, which was identified by their spectral studies Scheme 1. The photoproduct formation can be rationalized by the involvement of varying mechanism under aerobic and anaerobic conditions. Photo-degradation of drugs generally takes place by two mechanism type-I and type-II mechanism. 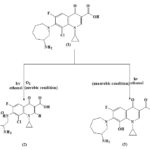 The photoproduct was isolated and identified by their spectral properties as7-(2-Amino-5-oxo-pentylamino)-8-chloro-1-cyclopropyl-6-fluoro - 4-oxo-1, 4-dihydroquinoline-3carboxylic acid. The spectral features correlated to the assigned structure of the products and were done in comparison with the spectra of the starting drug. The 1H-NMR spectrum of the photo product (2) showed signals similar to those of besifloxacin, except for signals at d 9.69 ppm which indicate the formation of CHO group. The 13C NMR spectrum of photoproduct (2) also showed signals similar to those of basifloxacine except for the carbon signals of azepan ring. A new signal that appeared at d 198 ppm was assigned to the carbon of the CHO group. The IR absorption of spectra of Photoproduct 2 shows the absorption band at 1735 cm-1, 3400 cm-1 which indicate the presence of aldehyde and primary amine group respectively. From the IR, NMR and 13C NMR spectra of Photoproduct 2 clearly indicate that during photochemical transformation of besifloxacine under aerobic condition the azepan ring of starting drug is a break and a new aldehyde and primary amine group is formed. As indicated in the literature that the fluoroquinolone antibacterial drugs having F atom at either 6 or 8 positions undergoes defluorination process similarly under the anaerobic condition the photoexcited drug molecule of our interest undergo defluorination. In principle, this reaction may involve unimolecular fragmentation of the C–F bond in the excited state or water addition followed by fluoride anion loss resulting in the formation of Photoproduct 3. 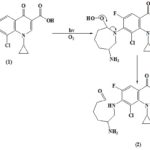 SCHEME 2: MECHANISTIC PATHWAY OF PHOTODEGRADATION OF BESIFLOXACIN UNDER AEROBIC CONDITION 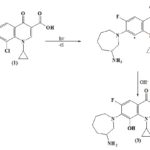 SCHEME 3: MECHANISTIC PATHWAY OF PHOTODEGRADATION OF BESIFLOXACIN UNDER ANAEROBIC CONDITION

The photoproduct was isolated and identified by their spectral properties as 7-(3-Amino-azepan-1-yl)-1-cyclopropyl-6-fluoro-8-hydroxy-4- oxo - 1, 4-dihydroquinoline-3-carboxylic acid. The spectral features correlated to the assigned structure of the products and were done in comparison with the spectra of the starting drug. The 1H-NMR spectrum of photoproduct (3) showed signals similar to those of parent drug basifloxacin, except a new proton signals appear at d 5 ppm which indicate the introduction of new hydroxyl group, this is also supported by the IR spectra of the photo product (3) in which new a absorption band at 3400 cm-1 was appeared, thus the spectral study of the photo product (3) also supported the purposed mechanism of the photochemical transformation which indicate that the photo product (3) is formed by the defluorination Process

CONCLUSION: The combination of drugs and optical radiation has a great potential in cancer therapy and will find new applications shortly (e.g., in the battle against resistant bacteria). Hence, the investigation of photochemical properties of besifloxacin used in clinical medicines is of great relevance from photobiological as well as medical point of view.