ABSTRACT: Thuja orientalis (Commonly- Morpankhi, Family- Cupressaceae) is an evergreen, monoecious trees or shrubs used in various forms of traditional medicines and homeopathy in various ways. In traditional practices, Thuja is used for the treatment of bronchial catarrh, enuresis, cystitis, psoriasis, uterine carcinomas, amenorrhea, and rheumatism. Recent researches in different parts of the world have shown that Thuja orientalis and its active component thujone have the great potential against various health problems. Thuja orientalis preparations can be efficiently used against microbial/worm infection. It can be used as antioxidant, anticancer and anti-inflammatory agent. Instead of these effects, it can also be used as insecticidal, molluscicidal and nematicidal activity against different pests. The present review highlights some important biological properties of Thuja orientalis.

INTRODUCTION: Thuja orientalis is a common ornamental evergreen tree that is originally native to North-west China belonging to family Cupressaceae. It is a highly aromatic and resinous shrub that widely cultivated in gardens located in temperate and semi-temperate areas. Thuja orientalis is a hardy, large evergreen shrub or small to medium sized-tree rarely exceeding 20 m in nature. It has a dense, pyramidal shape, but often exhibits a more open and spreading form. It prefers moist, well-drained soil and full sun. The bark is gray with brown highlights and has thin but deep furrows. The bark has a rugged charm about it, especially on large mature specimens. Younger bark is a reddish-brown color and exfoliates in long, thin strips.

It is endemic to north-western China. It is also now naturalized as an introduced species elsewhere in Asia: eastward to Korea and Japan; southward to northern India; and westward to northern Iran. The common name 'arbor-vitae' is from Latin, 'Tree of life,' and is based on its association with long life and vitality in Buddhist thought in China. This is probably based on the tree's unchanging evergreen nature in the cold, dry climate of northwest China and its longevity; some of the larger specimens planted around Buddhist temples in China are said to be more than 1,000 years old.

Although, generally accepted as the only member of its genus, it has been included by botanists in the different classification. In older texts, Platycladus was often included in Thuja, but it is only distantly related to that genus. Differences from Thuja include distinct cones, wingless seeds, and almost scentless foliage. Later, genus name has been changed as Biota orientalis and latest as Platycladus orientalis. But, it has been still known and sold as Thuja orientalis in the market 1. 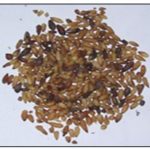 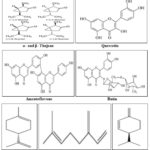 Uses: It has been used in the treatment of various diseases as folk medicine such as rheumatism, gout, dermatitis, and diarrhea. The plant has been exhibited extensively biological activities including anti-epileptic, anti-inflammatory, hair growth-promoting, antiviral, anti-allergic, anti-bacterial, antioxidant, and antifungal activities.

Traditionally it is used in the treatment of cough. It is also used as a medicinal plant in various forms of traditional medicines like folk medicine, homeopathy, etc. for treatment of bronchial catarrh, enuresis, cystitis, psoriasis, uterine carcinomas, amenorrhea, and rheumatism. The root bark is used in the treatment of burns and scalds. The stems are used in the treatment of coughs, colds, dysentery and parasitic skin diseases. The leaves are antibacterial, antipyretic, antitussive, astringent, diuretic, refrigerant and stomachic. It can also be used as Insecticidal, molluscicidal and nematicidal activity against different pests. Thuja orientalis is used internally in the treatment of coughs, hemorrhages, excessive menstruation, bronchitis, asthma, skin infections, mumps, bacterial dysentery, arthritic pains, and premature blandness. The leaves are antipyretic, astringent, diuretic, emmenagogue, emollient, expectorant, refrigerant and stomachic. Their use is said to improve the growth of hair.

The seed is aperients, lenitive and sedative. It is used internally in the treatment of palpitations, insomnia, nervous disorder and constipation in the elderly. The stems are used in the treatment of coughs, colds, dysentery, rheumatism and parasitic skin diseases. Thujone was a weak inhibitor of acyl-CoA: lysophosphatidylcholine acyl-transferase activity in mouse brain synaptosomes compared to psycho-active cannabinoids.

Pyrexia was induced by subcutaneous injection of 10 ml/kg of 15% w/v Brewer’s yeast suspension below the nape of the neck. The rectal temperature of each rat was measured at the time, 0 hr, using a telethermometer and before injection of the yeast, at 18 hr following yeast injection, the different groups were treated with the alcoholic extract (200 and 400 mg/kg), and standard drug, paracetamol (150 mg/kg). Tween 80 (1% v/v) was used as a suspending agent. The rectal temperature was then recorded throughout 6 h 2.

Hair Growth - Promoting Activity: Thuja orientalis leaves are traditionally used to promote hair growth. Studies proved that the leaves contained strong 5-reductase inhibitors, which may be associated with hair growth promoting activity. Another study showed the decoction of the leaves could promote hair growth by inducing anagen in telogenic C57BL/6 N mice. In decoction-treated mice, an increase in the number and size of hair follicles can be observed, which served as a piece of evidence for the induction of anagen phases. Using the immunohistochemical analysis, an earlier induction of β-catenin and Sonic hedgehog (Shh) proteins in the decoction-treated group also can be seen, compared to the control or 1% minoxidil-treated group. Therefore, the hair growth-promoting activity can be explained by the inhibition of 5-reductase and induction of β-catenin and Shhproteins 4.

Antimicrobial Potential of Various Fractions of Thuja orientalis: The present study was conducted to evaluate the antimicrobial activity of various extracts (viz. methanol, acetone and ethyl acetate) of Thuja orientalis and its preliminary phytochemical screening. In-vitro antimicrobial activity was tested by agar well diffusion assay against human pathogenic microbes which are Gram-positive (viz. S. aureus and B. subtilis), Gram-negative bacteria (viz. P. aeruginosa, A. faecalis, and K. pneumonia) and fungi (A. flavus and A. niger). Methanol and acetone extract of leaf exhibited maximum activity against B. subtilis with zones of inhibition of 20.33 mm and 17.83 mm, respectively.

All the extracts of the stem were found to be most effective against P. aeruginosa. S. aureus was found to be sensitive to leaf extracts prepared in methanol, acetone and ethyl acetate with 13.66, 14.03 and 15.00 mm zone of inhibition, respectively. A. flavus and A. niger, both were found to be sensitive towards the methanol extract of the leaf with inhibition zones of 15.50 and 16.00 mm, respectively compare to fungicides (viz. ketoconazole and fluconazole). The methanol extract of leaf and ethyl acetate extract of stem exhibit marked antimicrobial activity against B. subtilis and P. aeruginosa, which was comparable to standard antibiotics (that is, penicillin, ampicillin, tetracycline, and streptomycin). It was also observed that leaf extracts were more effective as compared to stem extracts of the plant. Thus, Thuja orientalis could be considered as a potential source of natural antimicrobials used for the treatment of bacterial and fungal infections 7.

Anti-inflammatory and Analgesic Activity: This study was conducted for evaluating a natural source to treat inflammation and pain, to avoid the severe side effects of currently used agents for these ailments. Thuja orientalis (More Pankh) is commonly used for the treatment of pain and inflammatory disorders in traditional medicine. Carrageenan-induced inflammatory model, acetic acid induced writhing test and hot plate methods were used to evaluate anti-inflammatory, peripheral and central analgesic properties of aqueous methanolic extract of Thuja orientalis fruit (To-Cr) in albino rats. Completely randomized design (CRD) was constructed for the study and one way ANOVA was applied to compare means. The results showed that TO-Cr has significant anti-inflammatory and analgesic properties 9.

Antibacterial and Antioxidant Activity: In the present study, leaves of Thuja orientalis were powdered and extracted by soxhlet extractor in two solvent systems that are, (E1) ethyl acetate: chloroform: ethanol (40: 30: 30) and (E2) methanol: distilled water (70: 30). This study conferred the screening of phytochemical constituents, antioxidant activity and antibacterial activity of crude E1 and E2 extract and its fractions. Antioxidant activity was carried out by the 2, 2-diphenyl-1-picrylhydrazyl(DPPH) assay. The results indicate that E2 extract (70% methanolic extract) had the highest antioxidant effect (85.25% inhibition) at 100 μg/ml concentration and the crude extracts (E1 and E2 extract) showed significant (P≤0.05) inhibitory activity against both grams positive and gram-negative organisms. It was active against Staphylococcus aureus, Bacillus subtilis, Escherichia coli and Agrobacterium tumefaiens.

The minimum inhibitory concentrations (MICs) of E1 extract ranged from 0.40 to 0.85 mg/ml and E2 extract 0.55 to 1.15 mg/ml. The highest antibacterial potentiality was exhibited by E2 extract. The fractions also exhibited antimicrobial activity against all the selected microorganisms. The study revealed that Thuja orientalis is a promising phytomedicine for antioxidant and antibacterial activity 10.

Anticancer Activity: Strong 5αa-reductase inhibitor are extracted and fractionated from T. orientalis and purified as diterpenes in isolated form 7. The inhibitors are used either on their own or as active ingredients of therapeutics in the treatment of diseases caused by the over activity of 5αa-reductase or the hyper- secretion of androgens, such as male baldness, androgenetic alopecia, hirsutism, acne, prostatomegaly and cancer of the prostate reported that the hepato-protective activities and antioxidant activity of Thuja occidentalis Linn. 7, 8 Anti-proliferative and apoptosis-inducing properties of the thujone-rich fraction (TRF) separated from Thuja occidentalis. Their possible anti-cancer potentials have been noted in the malignant melanoma cell line A375 6. Concluded that a poly-saccharide, or long-chain sugar molecule, derived from Thuja leaves extract decreased the inflammation caused by cancer. It also prevented cancer from metastasizing or spreading throughout the body 11.

Antiviral Activity: In-vitro, the antiviral activities of the plant extracts were investigated using the cell-based screening. Plant extracts of Thuja orientalis were shown to induce a high cell viability rate after the infection with the influenza A/PR/8/34 virus. The antiviral activity of the plant extracts also increased as a function of the concentration of the extracts and these extracts significantly reduced the visible cytopathic effect caused by virus infections. Furthermore, the treatment with Thuja orientalis was shown to have a stronger inhibitory effect than that with A. spathulifolius or P. thunbergii. These results may suggest that Thuja orientalis has anti-influenza A/PR/8/34 activity 5.

CONCLUSION: I concluded from my review that Thuja orientalis Linn. traditionally widely used the medicinal plant. Thuja orientalis is a common ornamental evergreen tree. It shows a wide range of biological activities that helps to utilize the medicinal benefits of this plant. However, there remains immense scope for further exploration of this plat and needs the attention of scientists to exploit the full potential activities of this plant.