ABSTRACT: The optimization of aqueous and non-aqueous solubility of a drug or a drug-like molecule can be examined via the Aspen Plus simulation platform. Paracetamol (solute) will be taken as a case study. The following solvents were used in our dry (virtual) lab experiment: water, paracetamol (PARACTML), used as a solid solute, Di-Ethylene-Glycol (DEG), 1,2-Propanediol (PROPGLYC), and Poly-Ethylene-Glycol (PEG). A simplified flow sheet made of a single mixing tank where it has three feed streams, representing the solute, the water, and the set of organic solvents and one product stream where paracetamol is solubilized (liquid solution). Three different objective functions were used: Minimization of both the molar Gibbs free energy of mixing, ∆Gmix, and the molar Gibbs free energy of the mixture, Gmix, and maximization of the mass solubility of paracetamol in solution, expressed in g/L. The NRTL property method was used to analyze the solution properties. Using the molar Gibbs free energy, Gmix, as a criterion of solution thermodynamic stability, it was found that a binary non-aqueous mixture made of 14.64% paracetamol and 85.36 weight % PEG scored the top rank (i.e., lowest Gmix), the quinary mixture made of 5.06 water, 36.40 paracetamol, 27.74 DEG, 19.96 PROPGLYC, and 10.84 weight % PEG scored the second rank, and the binary aqueous mixture made of 29.56 weight % paracetamol scored the third rank. Finally, the pure solid crystal of paracetamol assumed the highest Gmix.

INTRODUCTION: Organic solvents play a critical role in many industrial applications, while they pose a direct impact on health, safety, environmental, feasibility, and economic aspects of a chemical, biochemical, food, and pharmaceutical industries. Of an immense concern, the solubilization of active pharmaceutical ingredients ranks a top priority for injected and oral drug administration.

With an increasing pressure to identify high-quality drug candidates, it is critical to assess the Absorption, Distribution, Metabolism, Excretion (ADME) attributes of compounds early during the drug discovery stage. This may include properties such as aqueous and non-aqueous solubility, permeability, metabolic stability, and in-vivo pharmacokinetics.

Vromans and Moolenaar 2 examined the effect of solvents on the solubility of poorly water-soluble drugs; namely, paracetamol. The solubility could be improved by the addition of certain solvents, such as propylene glycol, glycofurol, or polyethylene glycols, resulting in an increase of the concentration gradient ΔC; however, one has to take into account at the same time a decrease of the polarity of the solvent-water vehicle, resulting in a decrease of the mass transport coefficient K. They concluded that the product of K and ΔC could be seen as an indication to which extent the actual absorption phase will be influenced.

Mota et al., 3 examined the solubility of drug-like molecules in pure organic solvents using the cubic-plus-association (CPA) equation of state (EoS) that combines the simplicity and robustness of a cubic equation of state with the Wertheim's association contribution. In their work, such an EoS was proposed for the first time to model organic phase solubilities of drug-like molecules in a wide range of temperatures. They estimated solubilities of acetanilide, acetylsalicylic acid, adipic acid, ascorbic acid, hydroquinone, ibuprofen, paracetamol, and stearic acid in alcohols, ketones, alkanes, esters, acids, aromatics, chlorinated solvents, as well as in other common solvents.

They accounted for hydrogen bonding behavior for each associating group being treated individually, as well as multiple group substitutions. Accurate correlations were obtained using a single binary interaction parameter with an average absolute deviation, AAD, of 24.2%. In previous works, the aqueous solubility of simple inorganic 4 and that of simple (single-carbon) organic 5 molecules were examined and expressed in terms of important molecular properties. Moreover, the aqueous solubility of some organic solvents was examined as a function of some selected molecular descriptors, which are thought to affect the solvation process. It was found that to have an organic solvent with high aqueous solubility, it has to have a low value of both the log partition coefficient between octanol and water, LogKow, and the molecular rugosity, R=V/S, accompanied by a high value of polar to hydrophobic surface area ratio, PHSAR 6.

In this work, paracetamol, also known as acetaminophen, N-(4-hydroxyphenyl)ethanamide, N-(4-hydroxyphenyl) acetamide, or N-acetyl-p-aminophenol, APAP, a medicine used to treat pain and fever, is used as a solid solute to demonstrate how we can exploit the Aspen Plus simulator as a powerful tool to optimize the solubility of paracetamol using different organic solvents and water, as well. The minimization of molar Gibbs free energy of a mixture and the maximization of paracetamol solubility were used as objective functions, from an optimization standpoint.

METHODOLOGY: The following paragraph, quoted from Al-Malah 7, describes what Aspen Plus is all about: “Aspen Plus, a flowsheet simulation, is a computer software that is used to quantitatively model a chemical processing plant, which in addition to the core reactor unit, it also includes pre-treatment and post-treatment steps, as well. Thus, simulation of an entire chemical process, starting from the raw material side down all the way to the final, finished product side, is symbolically represented by different icons where each icon stands for a unit operation, chemical process, input/output material stream, input / output energy stream, or input / output electric / pneumatic signal”. Given reliable thermodynamic data, sensible operating conditions, and rigorous equipment models, Aspen Plus enables us to run many tasks, like carrying out optimization case studies 7.

I will show below in chronological order the steps needed toward utilizing Aspen Plus powerful capability in carrying out optimization case studies for different pharmaceutical processes, in addition to traditional chemical processes.

The first step is to select the proper template. Since we deal with a drug, we will select the pharmaceutical template, as shown in Fig. 1. 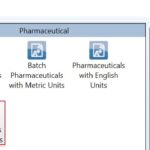 FIG. 1: SELECTION OF THE PHARMACEUTICAL TEMPLATE TO SUIT THE COMPONENTS UNDERSTUDY

The second step is to define the list of components to be used in our optimization case study. Fig. 2 shows such a list. The components are Water, paracetamol (PARACTML), used as a solid solute, Di-Ethylene-Glycol (DEG), 1, 2-Propanediol (PROPGLYC), and Poly-Ethylene-Glycol (PEG). Notice that paracetamol has been defined as “Conventional” not “Solid” type, with the understanding that a conventional solid will be part of the aqueous medium (i.e., participates in phase equilibrium) and it has a well-defined molecular structure, according to Aspen Plus terminology. Organic solvents were chosen in light of Vromans and Moolenaar 2. It is worth mentioning here that Aspen Plus has some built-in databank drugs, like ibuprofen and acetaminophen (paracetamol); nevertheless, if the drug is not defined as part of Aspen Plus databank, then it can be introduced to or defined within Aspen Plus platform via its skeletal molecular editor and knowing some tiny little information about the drug itself, like the melting point, boiling point, or density. 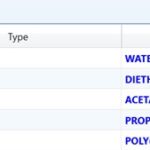 FIG. 2: DEFINING COMPONENTS UNDERSTUDY, INCLUDING THE SOLUTE AND SET OF SOLVENTS 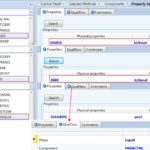 FIG. 3: DEFINING THREE PROPERTIES SETS WHICH ACCOUNT FOR OUTLET STREAM MIXTURE PROPERTIES. SUCH SETS WILL BE UTILIZED IN OPTIMIZATION CASE AT A LATER STAGE

The third step is to define three property sets which account for three streams (i.e., outlet mixture) properties; namely, the molar Gibbs free energy of mixing, ∆Gmix, the molar Gibbs free energy of the mixture, Gmix, and the mass solubility of paracetamol in solution, SLDSOLUB, expressed in g/L, as shown in Fig. 3. Such three property sets will be utilized later in optimization case studies. The fourth step is to select the property method, as shown in Fig. 4. In this case, the method filter is “PHARMA,” which facilitates the selection of the property method. “NRTL” method is chosen as it can deal with a very broad spectrum of components present in solutions.

FIG. 4: THE SELECTION OF PROPERTY METHOD FOR ASSESSING SOLUTION PROPERTIES IN HAND

After successfully carrying out the property analysis/setup step, we have to move from “Properties” to “Simulation” environment. The fifth step is to create a process flowsheet for handling the mixing process of paracetamol. Fig. 5 shows a simplified flowsheet for the paracetamol mixing where it has three feed streams: the first for the solute; the second for the set of organic solvents; and the third for water. Moreover, the product stream mixture can have paracetamol as solubilized (liquid solution), undissolved (solid or crystal form), or both (S/L equilibrium phases). The sixth step is to enter feed stream properties, as shown in Fig. 6. Such values of composition and flow rate are tentative, and they are subject to change or modification by the optimizer as shall be seen shortly. 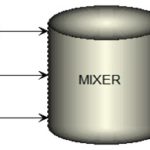 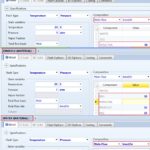 FIG. 6: TENTATIVE INITIAL VALUES OF COMPOSITION AND FLOW RATE FOR EACH FEED STREAM. SUCH VALUES WILL BE MODIFIED FOR EACH OPTIMIZATION CASE STUDY

The platform is now ready for using Aspen Plus “Optimization” tool under “Model Analysis Tools” feature. The seventh step is to create an optimization case study. We will create three case studies where each is associated with a different objective function. As mentioned earlier in step #3, three objective functions will be used to find the optimum condition of solubilization for paracetamol, as shown in Fig. 7. 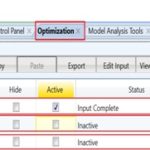 FIG. 7: CREATION OF THREE OPTIMIZATION CASE STUDIES WHERE EACH HAS A DIFFERENT OBJECTIVE FUNCTION TO BE OPTIMIZED

The eighth step is to define the attributes of the optimization case study. The first optimization case study will be shown in detail; the last two optimization cases will be dealt with similar to the first case, and the difference will be indicated. Fig. 8 shows how we define the objective function and then decide whether to maximize or minimize it upon executing the optimization algorithm. In this case, DGMIX (∆Gmix) is defined, shown under “Define” tab, in light of the property set shown earlier in step #3. The molar Gibbs free energy change upon mixing will be minimized, shown under “Objective and Constraints” tab. 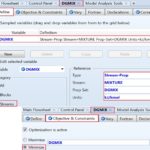 FIG. 8: DEFINING THE OBJECTIVE FUNCTION OF OPTIMIZATION AND WHETHER TO MAXIMIZE OR MINIMIZE

The ninth step is to pick up the manipulated variables which are thought to affect the already defined objective function, shown in step #8.

Fig. 9 shows the list of manipulated variables which represent the molar flow rates of each solvent, including water. The variation of each molar flow rate from zero to 1,000 kmol/hr will give the optimization algorithm the chance to search for the best composition which will give the minimum change in molar Gibbs free energy upon mixing. 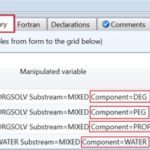 FIG. 9: THE MANIPULATED VARIABLES WHICH INCLUDE THE MOLAR FLOW RATE OF EACH SOLVENT, INCLUDING WATER 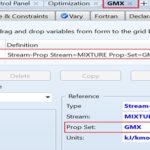 FIG. 10: DEFINING THE MOLAR GIBBS FREE ENERGY OF A MIXTURE AS AN OBJECTIVE FUNCTION TO BE MINIMIZED 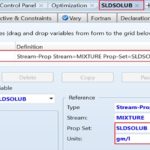 FIG. 11: DEFINING THE MASS SOLUBILITY OF PARACETAMOL IN SOLUTION, EXPRESSED IN g/L, AS AN OBJECTIVE FUNCTION TO BE MAXIMIZED

At the end, it should be mentioned that each optimization case study must be run alone by selecting one at a time. This is managed by keeping one active case study while the others are de-selected, as shown in Fig. 7. Reset, run the simulator once for each case, and report the results. 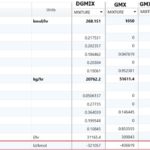 FIG. 12: THE OPTIMIZED EXIT MIXTURE COMPOSITION BASED ON A DIFFERENT CATEGORY AS AN OBJECTIVE FUNCTION

CONCLUSION: In general, Aspen Plus platform can be exploited to predict the optimum formulation of a given drug with a different set of solvents and compositions. If the drug is not built-in as a data-bank member, then it can be defined by Aspen Plus skeletal molecular editor with some little information about physical properties, like melting point, boiling point, or density.

ACKNOWLEDGEMENT: The author acknow-ledges AspenTech as the licensor of the Aspen Plus Software.