ABSTRACT: In continuation of our study we have screened out the root, leaf, and stem of C. viscosum against rice weevil, S. oryzae extracted into ethanol, ethyl acetate, and chloroform. A correlation was found between the insecticidal and repellent activity observed by residual film assay technique and repellency test. It is interesting to note that these plant extracts showed higher to less mortality activity by using 3.93, 1.97, 0.98, 0.49 and 0.25 mg-cm-2 doses. From the overall assessment suggested that the root extracts showed most potency. Ethanol fraction of root extract exposed 44-84% mortality with 0.39 mg/ml of LC50 value at 72 h of exposure and 95% confidence limit was 0.19 - 0.80. Repellency test carried out ethanol fraction. All the extracts showed 100% repellency (Class V category repellency) in dose no 1 to a dose no 5. The degree of repellency response among the three parts of the test insect was significantly different (P<0.05). Class V category repellency was observed for root and leaf up to dose 0.06 mg-cm-2 (Dose no 7). Whereas, the lowest dose at which the stem exhibited class V category repellency at 0.12 mg-cm-2. The root extract showed strong repellent activity than the leaf and stem. The susceptibility of contact toxicity in the intensity of solvents was found ethyl alcohol > ethyl acetate > chloroform fraction. The dose-mortality order of the C. viscosum extracts is root > stem > leaf.

INTRODUCTION: Today, humans are waging an undeclared war against insects in the competitive struggle for existence, and almost no crop in the World is free from attack by insects, at least to some degree 1. Farmers have been using plant extracts in pest control for centuries. Botanical insecticides are one of the best alternatives for hazardous chemical insecticides.

Phytochemicals can induce different types of abnormalities in insects that could safely be used for insect pest control 2. This method of pest control provides an ideal source of low cost, safe and effective pesticides. Extracts of plant products rely on the solubility of the active compounds. Different solvents are utilized, the most commonly used as acetone, chloroform, ethanol, hexane, petroleum ether, ethyl acetate or methanol. Extracts have been applied in various forms of insect bioassay; residual film assay technique or topical application as mortality test, repellency trials, etc.

The plant bhant tree, Clerodendron viscosum Vent. (Verbenaceae), exhibits a wide spectrum of folk and indigenous medicinal uses 3, 4, 5, 6 but little information about its bio-efficacy against stored product insect pest rice weevil, Sitophilus oryzae L. (Coleoptera: Curculionidae). This scarcity was addressed in the present experiment using three solvents (ethanol, ethyl acetate, and chloroform) carrying on root, leaf and stem extracts. S. oryzae is the most widespread and destructive major insect pest of stored cereals throughout the world. Female rice weevil oviposits directly into the seeds and completes larval development inside the seeds and emerges as adults. S. oryzae has been reported to developed resistance to synthetic insecticides 7. The plant-derived chemicals have been used as potential seed protectant (insecticides and antifeedants) often begins with the screening of plant extracts 8. It is logical to expect biologically active compounds to be produced by plants as a chemical defense measure against their enemies 9.

Plant Collection and Identification: The plant specimen was collected from Rajshahi University campus, Rajshahi-6205, Bangladesh. Identification of voucher specimen was confirmed at the taxonomical section, Department of Botany, Rajshahi University, Bangladesh and dried in the shade. The Plant materials root, leaf, and stem were powdered in a grinding machine. Before grinding the plants were well dried in an oven at 37 ± 0.5 °C for overnight.

Insects: Adults of S. oryzae were collected from the wheat infested rearing cultures maintained in the control temperature (CT Room 30 ± 0.5 °C) and 70-80% RH with photoperiod 12h L: 12h D), Integrated Pest Management (IPM) laboratory, Institute of Biological Sciences, the University of Rajshahi for five years. A standard mixture of sterilized (at 60 °C for 24h) whole-wheat flour with powdered dry yeast in a ratio of 19:1 was used as food medium in the experiments 10, 11, 12.

The Output of Extracts: The root, leaf and stem were extracted separately with ethyl alcohol, chloroform, and ethyl acetate. The extracts condensed using rotary evaporator and weighed. The yield of the extracts according to solvents and plant parts are presented in Table 1.

Pilot Experiment: Same ages of 25 adult pests were used for making different doses of this experiment with five replications. The pilot experiments were carried out by indications made by the produces for the users, to obtain doses in which mortality rate was in between 12-84% Table 3. The actual doses were calculated from the amount of extract present in 1 ml of the solution, and then the amount of active ingredient was also worked out. The calculated amount of the active ingredient of the extract was expressed in mg-cm-2.

Bioassay: From the result of the pilot experiment, a dose was selected. That was considered as the stock solution, and then the final doses were made by serial dilution technique with the same solvent at the proportion of 1: 2 in treatments.

Five different condensed extracts viz. 12.5, 10.0, 6.25 and 3.125 gm were dissolved in the requisite amount of respective solvents and transferred uniquely into 3.93, 1.97, 0.98, 0.49 and 0.25 mg-cm-2 concentrations by measuring the dry-weight of extracted materials and divided by the surface area of a petri dish (90 mm) according to the residual film method 13. The extract was dispersed into each petri dish for each dose. After evaporating the solvents from the petri dish 25 same-aged (3-5 day old) adult, S. oryzae was released separately by an aspirator sub sequentially control batch was maintained with respective solvent only. Then the petri dish kept within an incubator at 30 ± 0.5 °C. The mortality was recorded after 24, 48 and 72h of exposure. The dose was calculated by measuring the dry-weight of the crude extracts applied in petri dish divided by surface area of the respective petri dish.

Statistical Analysis: Mortality percentage was corrected using Abbott’s formula 14. Then this percentage of mortality was subjected to statistical analysis according to Finney 15.

Repellency Test: To study the repellent activity of plant extracts on the basis of McDonald 16 with some modification, filter paper strips (Whatman no. 40) 9 cm in diameter cutting in half. To make stock solution 10 mg-dried samples was dissolved into 1 ml ethyl alcohol and considered as the highest dose. The eight doses of 3.93, 1.97, 0.98, 0.49, 0.25, 0.12, 0.06 and 0.03 (mg-cm-2) were made by serial dilution technique at the proportion 1:2 from the stock solution and were used in repellency treatments of the subjected insects. One ml solution of plant extract from the respective dose was applied uniformly on the half of filter papers with a micropipette. Then the treated half circles were air dried to evaporate the solvent completely.

Attaching a treated half to an untreated half circle of the same dimension by transparent, non-toxic adhesive tape full circle then remake one. Ten insects were released on the center of each filter paper circles, and Petri dishes were covered immediately. There were three replications for each treatment. Counts of the insects present on each strip were made at one-hour interval up to five hours observation. The averages of counts were converted into percentage repulsion (PR) using the formula of Talukder and Howse 17, 18;

Where, Nc is the number of insects present in the control half. Positive values (+) indicated repellency and negative values (-) attraction. The average values were then categorized according to the following scale presented in Table 2.

Statistical Analysis: Repellency activity test was conducted according to a completely randomized experimental design with three replications for each treatment. Using Duncan’s Multiple Range Test (DMRT) as described by Steel and Torrie 19 did repellent significance. Data on percentage were subjected to arcsine transformation of the proportion before analysis and were transformed back to the percentage of presentation. 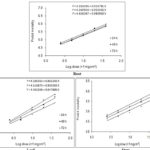 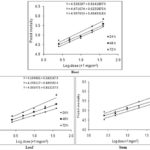 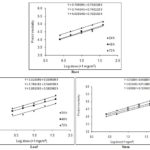 Means within a column having the same letter are not statistically significant (P < 0.05) according to Duncan’s Multiple Range Test.

From the result of the current investigation, the overall assessment suggested that the root extracts showed most potency using three kinds of fraction. Though, ethyl alcohol root and stem extracts exposed the equal toxicity 44-84% mortality at 72h of exposure but the LC50 value (0.39 mg/ml) of root extract is more effective than the LC50 value (0.43 mg/ml) of stem extract along with 95% confidence limit 0.19-0.80 at 72h of observation. The susceptibility of contact toxicity in the intensity of solvents was found ethyl alcohol > ethyl acetate > chloroform fraction. The dose-mortality order of the C. viscosum extracts is root > stem > leaf against S. oryzae. 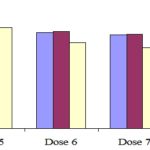 By the susceptibility of contact toxicity in the intensity of solvent was ethyl alcohol > ethyl acetate > chloroform fraction. So, the repellent activity was carried out using ethyl alcohol fraction of root, leaf, and stems of C. viscosum. All the extracts showed 100% repellency (Class V category repellency) in dose no 1 to a dose no 5. The degree of repellency response among the three parts of the test insect was significantly different (P < 0.05). Class V category repellency was observed for root and leaf up to dose 0.06 mg-cm-2 (Dose no 7). Whereas, the lowest dose at which the stem exhibited class V category repellency at 0.12 mg-cm-2 (Dose no 6) presented in Table 5. The root extract showed strong repellent activity than the leaf and stem Fig. 4.

The above findings of the present study are in general agreement with the findings of Yankanchi and Gadache 20. Our study supports the observation of Husain and Rahman 21; Husain and Hasan 22 who conducted repellent and toxicity experiment on the larvae and adults of T. confusum. In continuation of our search for substances of plant origin with insecticidal effects, we have screened out root, leaf, and stem of C. viscosum, extracted into ethyl alcohol, ethyl acetate and chloroform. A correlation was found between the insecticidal and repellent activity observed by residual film assay technique and repellency test. It is interesting to note that these plant extracts showed higher to less mortality activity. Our previous study indicates promising antibacterial and antifungal properties of C. infortunatum against life-threatening pathogens 23.

CONCLUSION: In conclusion, the present research revealed that the C. viscosum extracts have strong insecticidal and repellent effect against S. oryzae.