ABSTRACT: The objective of the present study is to develop the pharmacognostic and phytochemical profiles of Ruellia tuberosa L. leaf and root. The present study considers the detail investigation of macroscopy, microscopy, preliminary qualitative phytochemical analysis, physicochemical evaluations, and chromatography profiling. The microscopical investigation was adopted to identify the cellular powder characters of leaves and roots, including diacytic stomata, few sessile glandular trichomes, profuse oil globules, exfoliating cork, few small schizogenous oil cavities, cystolith, etc. Physicochemical parameters reveal the data of quality, purity while phytochemical screening reflects the presence of various secondary metabolites. The chromatographic fingerprint data represent the authenticity of plant sample. Data obtained from botanical and chemical screening in combination may be considered as standard for identification and authentication of leaves and roots and may be helpful in developing pharmacopoeial standards.

Ruellia tuberosa is found in moist and shady environments. It is native to Central America but presently habitating in many places of tropical south and southeast Asia, preferably in grasslands and roadsides - often as a weed in cultivated fields, and also in xerophile and ruderal habitats 4.

Several studies 5, 6, 7 showed that this plant contains steroids, terpenoids, long-chain aliphatic compounds, and flavonoids. In folk medicine 8 and Ayurvedic medicine 9, it is believed to be diuretic, anti-diabetic, antipyretic, analgesic, antihypertensive, and gastroprotective. In the treatment of gonorrhea, its uses are mentioned 10. It is also used as a natural dye for textiles 11. In India, it is used for kidney stone disorders 12. Antimicrobial activity 13 of the plant leaves is reported. The present study aimed at development of standardization and authentication parameters of this plant which is not included in API.

Material and Reagents: The work has been carried out by using the chemicals, reagents and solvents of Emplura grade of Merck and aluminum supported Thin Layer Chromatography plates were purchased from E. Merck Pvt. Ltd. (Mumbai, India).

Plant Materials Collection and Authentication: The flowering twig, leaves, and roots of Ruellia tuberosa were freshly collected from the natural habitat of Salt Lake area, Kolkata (22°31′31.8″ N: 88°21′59.4″ E), West Bengal in the month of May 2019 and authenticated in Department of Pharmacognosy, Central Ayurveda Research Institute for Drug Development, Kolkata, a herbarium was prepared and deposited in the Department, available for reference.

Plant Sample Processing: The plant materials, leaves, and roots were washed thoroughly with aqueous ethanol, each of them dried at ambient temperature (20-23 °C). A small portion of both the fresh and air-dried plant samples was used for macroscopic, organoleptic, and microscopic (Transverse section) studies. The rest of both plant materials were pulverized separately with a grinder (National SM 2000) to obtain fine powder (sieved in 60 #) used for powder microscopy, analysis of physicochemical and phytochemical features. The coarse powder (sieved in 25 #) of both the plant materials was used for chromatographic examinations. The whole and powdered plant samples were stored at room temperature in airtight, light-resistant containers as per standard guidelines 14.

Powder Microscopy (Transverse Section): Leaf and root samples were separately taken and transversely cut to obtain sections using hand razor. Few fine transverse sections were selected and treated with different ethanolic gradations (30%, 50%, 70%, 90% and absolute), stained in safranin, light green, etc. and mounted on slides with Canada balsam separately for both the samples followed by observation under the binocular compound microscope (Olympus OIC-07964) at 10× and 40× magnifications 14, 15.

Fluorescence Analysis: The coarsely powdered samples i.e. leaf and root (~ 0.5 g each) were treated separately with different (18 in number) reagents (5 ml each) such as, acids and alkaline solutions along with other solvents (including distilled water) inside clean test tubes, which were shaken well and allowed to stand for about 24 h. The individual solutions were observed under normal daylight and UV (254 nm and 365 nm) light for their characteristic colors and compared with the standard color chart 16.

Physicochemical Evaluation: The physico-chemical constant like ash values, loss on drying, extractive values and pH value of the plant material were determined by using coarse powder as per standard guidelines 5.

Phytochemical: The finely powdered plant materials both leaves and roots were subjected to Soxhlet extraction for 1 h, with methanol and extracts were evaporated to dryness and used for screening the presence of secondary metabolites 17.

The extract (2 μL) was applied in the form of 8 mm band, 15 mm from the bottom of a 5 × 10 cm preactivated aluminum supported precoated silica gel 60F254 plate, with the help of ATS-4 applicator attached to a CAMAG HPTLC system. The plate was developed in a pre-saturated twin trough chamber using the mobile phase as hexane: ethyl acetate: acetone: 1,4-dioxan: formic acid (4:3:2:1:0.5, v/v) to a distance of 8 cm, dried for 5 min in ambient air. Images of the developed plate were captured under 254 nm and 366 nm UV light. Densitometric scanning 18 of the developed plate at 254 nm was performed. An image was also captured using visible light after derivatizing the plate with an aqueous 20% sulphuric acid 19.

Fingerprint Analysis by High-Performance Liquid Chromatography (HPLC): This was carried out with an HPLC equipment (Agilent model Infinity 1260), equipped with quaternary LC-2010 AHT VP pumps, a variable wavelength programmable UV/VIS detector, SPD-10AVP column oven, and Class-VP software for analysis. The chromatographic separation was performed using a Phenomenex C18 (250 mm × 4.6 mm, 5 μm particle sizes) column at 25 ºC. The optimized mobile phase was found to be methanol: water (0.1% aqueous orthophosphoric acid) 80:20 (v/v) at a flow rate of 0.5 ml/min. An autosampler with injection volume 20 μl was used for sample loading and the peaks were detected at 254 nm UV.

Leaf: The fresh Leaves are opposite, petiolate, petiole with up to 2 cm long petiole,  lamina elliptic-oblong or oblong-obovate to oblanceolate, 4-7 cm long, 1.2-2.5 cm wide,  nearly glabrous, dark-green, sub-acute or obtuse or rounded at apex, cuneate to attenuate at base, minutely hairy on both the sides margin nearly is smooth-edged or entire to slightly undulated. Leaves are arranged oppositely along the stem Fig. 1a, b. 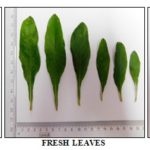 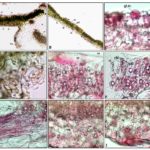 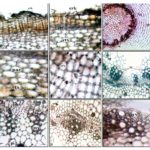 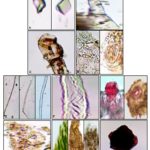 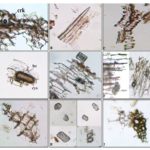 Fluorescence Analysis: Dried powders of leaves and roots were separately treated with different reagents reveals the presence of chromophoric compounds in them. Lesser fluorescence was observed under normal daylight and short UV (254 nm) light for root powder, indicating a very small amount of chromophores in the sample. The fluorescence characters are noted in Table 1 and Table 2.

Physicochemical: As demonstrated in Table 3, it was revealed that total ash, water-soluble ash, acid insoluble ash values were comparatively higher in R. tuberosa roots. The extractive values of different solvents for the plant samples revealed maximum and least extraction by hexane and methanol, respectively. Based on the best extractive yield in methanol, the same was used for the subsequent fingerprinting analyses.

aValues are expressed as Mean ± S.D.

Phytochemical: The results of the phytochemical screening are noted in Table 4, which reveals the presence of alkaloids, steroids, phenolics, glycosides, tannins, etc. 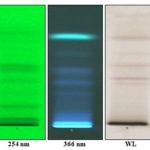 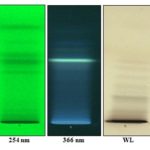 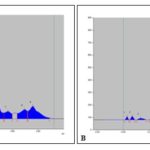 FIG. 8: DENSITOGRAM DISPLAY OF HPTLC PROFILES OF R. TUBEROSA METHANOL EXTRACT OF (A) LEAVES AND (B) ROOTS AT 254 nm

TABLE 5: RELATIVE RATIOS OF THE HPTLC PEAKSa OF R. TUBEROSA LEAVES AND ROOTS

High-Performance Liquid Chromatography (HPLC): HPLC method was developed for the best separation of the chemical constituents of the R. tuberosa leaves and roots methanol extracts. Separated peaks were detected under UV (254 nm). The HPLC fingerprint analysis in Fig. 9.

It shows ten peaks for leaves and eight peaks for roots, and their corresponding retention times with areas under the curves are noted in Table 6 and Table 7. 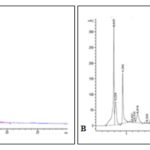 FIG. 9: HPLC CHROMATOGRAM OF (A) LEAVES AND (B) ROOTS METHANOLIC EXTRACT

aThe peaks were recorded by detecting the chromatogram at 254 nm

CONCLUSION: The present investigations furnished a set of qualitative and quantitative phytopharmacognostic characters along with the HPLC fingerprinting profile of R. tuberosa leaf and roots. These data can serve as diagnostic tools for the establishment of quality standards, authentication, and identification of the medicinally impor­tant plant and help in compiling a suitable monograph of this.

ACKNOWLEDGEMENT: Authors are thankful to the Director General for providing continuous support and encouragement