ABSTRACT: The present study was aimed to the investigation of the anthelmintic potential of crude methanolic extract of the leaves of Abrus precatorius Linn. on Indian earth-worm “Pheretima posthum” and “Tubifex tubifex.” Three concentrations (5, 10, 15 mg/ml) of methanolic extract were studied in activity which involved the determination of the time of paralysis (vermifuge) and time of death (vermicidal) of the worms. Piperazine citrate (10 mg/ml) was used as reference standard drug whereas distilled water as the control. Determination of paralysis time and death time of the worms were recorded. The result shows that methanolic extract possesses vermicidal activity and found to be effective as an anthelmintic. Therefore, the anthelmintic activity of the methanolic extract of Abrus precatorius Linn. Leaves have been reported.

INTRODUCTION: Parasitic infection including Helminthiasis is a critical serious problem in the tropical regions including the Asian countries which affects more than two billions of people worldwide. Helminths produce the serious problem in human and other animals around the world specifically to the third world countries 1. Different type of helminths infects the human and animals out of which intestinal roundworms (Ascardia sp.) are most common. The helminths parasites mainly subsist in the human body in the intestinal tract, but they are also found in tissue, as their larvae migrate towards them 2. Despite this prevalence of parasitic infections, the research on the anthelmintic drug is sparse.

According to the WHO, only a few drugs are used in the treatment of helminths in humans. Anthelmintics from natural sources could play a key role in the treatment of these parasite infections. Given this, attempts have been made to study the anthelmintic activity of traditional medicinal plants. For our studies, we used Abrus precatorius Linn. that belong to the Fabaceae family Abrus precatorius Linn., a highly medicinal plant, and commonly known as Indian Liquorice in English, Gunchi, Ratti in Hindi; Kannada-Gulganji; Malayalam-Kumi; Sanskrit- Rektika, Gunja and in Tamil as Kuntumani. on open lands.

Its aerial parts are used for treating certain health problems like leucorrhoea, gonorrhea, diarrhea, and dysentery. The roots, leaves, and seeds are used for medicinal purpose. The roots and leaves are astringent, sweet, emetic, diuretic, anthelmintic and exoteric. They are useful in cough pharyngodynia, pectoralgia, inflammation, strangury and vitiated condition of vata. 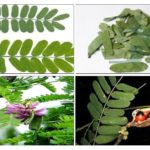 Drugs and Chemicals: Piperazine citrate (Glaxo SmithKline), methanol, Distilled water were used during the experimental protocol. All the chemicals used are a laboratory and analytical grade.

Preparation of Plant Extract: 5 The fresh leaves were dried under shade. The dried leaves were cut into small pieces and powdered in a hand mill. Then 300 gm of coarse powder was extracted with 900 ml of extra pure Methanol successively in a Soxhlet extractor repeatedly for 48 h. The extract was dried by solvent evaporation in a thermostat water bath at 50-60 ⁰C temperature, and the extract was kept in desiccator for the experiment.

Preliminary Phytochemical Investigation 5: The percentage yield of Methanol extract obtained was calculated, and the extracts were subjected to a number of proximate qualitative phytochemical analysis. These procedures are already reported by a number of workers and used without any modification.

Selection of Experimental Model 6: Indian adult earthworms Pheretima posthuma and Tubifex tubifex were used to experiment. The earthworms were collected from the local supplier. Worms were washed with normal saline to remove all fecal matter. The earthworms of 7-12 cm in length and 0.4-0.5 cm in width were used for all the experimental protocol. Ready availability, anatomical and physiological resemblance of Pheretima posthuma and Tubifex tubifex made it be used initially for in-vitro evaluation of the anthelmintic activity.

Experimental Design 7-10: The anthelmintic activity was carried out as described by Ajaiyeoba EO. et. al, 2001, with minor modifications. The Indian earthworm. The assay was performed on adult Indian earthworm Pheretima posthuma, due to its anatomical and physiological resemblance with the intestinal roundworm parasites of human beings.

Pheretima posthuma worms are easily available and used as a suitable model for screening of anthelmintic drug. The assay was also performed on the aquarium worm, Tubifex tubifex because they belong to the same group of Annelida.

Briefly, 20 ml formulations containing three different concentrations, of crude methanolic extract of a leaf (5, 10 and 15 mg/ml in double distilled water) were prepared and six earthworms (same size) and approximately 5g of Tubifex worms were placed in it. Both the test solution and standard drug solution were freshly prepared and ‘time for paralysis’ was noted when no movement of any sort could be observed except when the worms were vigorously shaken. The ‘time for death’ of worms was recorded after ascertaining that the worms neither moved when shaken vigorously nor when dipped in warm water at 50°. A maximum time period of 120 min was ascertained for the paralyzing as well as death time of Pheretima posthuma and Tubifex tubifex worms. Piperazine citrate (10 mg/ml) was used as a reference standard with distilled water as the vehicle control. All experiments were repeated thrice.

RESULTS AND DISCUSSION: Preliminary phytochemical screening of crude extract of the leaves of Abrus precatorius L., revealed the presence of tannins, steroids, flavonoids, saponin, terpenoids etc. The presence of phytoconstituents is reported in Table 1. From the observations made, a dose-dependent paralytic effect much earlier and the time of death was observed Table 2. Although, methanolic extract showed anthelmintic activity in a dose-dependent manner, but the methanolic extract appeared to be more effective for both types of worms. Evaluation of anthelmintic activity was compared with reference standard piperazine citrate.

Results are expressed as mean+sem N=3; *P<0.05 as compared to standards.

The methanolic extract of the leaves of abrus precatorius L. caused paralysis at 22.33 min. and time of death at 45.00 min. for Pheretima posthuma and 14.66 min as paralysis time and 20.66 min as death time for Tubifex tubifex worms respectively. The reference drug piperazine citrate showed the time of disease and time of death as 25.00 and 64.00 min, respectively. Considering the methanolic extract of leaf showed comparable activity, it would be important to identify the key phytoconstituents. The mean and SEM were analyzed statistically by ANOVA followed by Dunnett's test, P<0.05 is considered as significant.

CONCLUSION: The Abrus precatorius L. leaf extracts have shown significant anthelmintic activity at all the tested doses when compared to control as vermifuge and vermicidal while highest activity exhibited by the higher conc. (15 mg/ml) which assures the ethnomedicinal claim. Hence, we can think about this herb as an alternate source of anthelmintic drugs and also can generate a new active lead for the suitable anthelmintic drug.