ABSTRACT: Alchemilla species (Rosaceae) are locally known as "aslanpençesi" in Turkey. Alchemilla plants (lady's mantle) are used in traditional medicine for different indications. In this study, the methanol extract of Alchemilla caucasica was analyzed using gas chromatography-Mass Spectrometry, while the mass spectra of the compounds found in the extract were matched with the National Institute of Standards and Technology Library. The study revealed the presence of fourteen phyto-components. The most abundant compounds in the methanol extract were 13-docosenamide (Z)-,  5- octadecenoic acid 2,3-dihydroxy-propyl ester and hexadecanoic acid 2-hydroxy-1-(hydroxyl-methyl) ethyl ester which had concentrations of 59.77%, 15.34%, and 7.59% respectively. Results indicated that polarity of the solvents used in extraction influenced the relative abundance and type of compounds extracted. Various compounds identified are known to have varying bioactivities such as being anticancer and antioxidant. Therefore, the presence of these compounds in Alchemilla caucasica could be useful in the preparation of functional foods and neutraceuticals in preventing and treating debilitating and chronic human diseases.

INTRODUCTION: Plants play a major role in primary health care as therapeutic remedies in developing countries 1. They serve as a source of medicine and an important component in health care system 2. This stems from the fact that aside from providing vitamins and minerals, plants contain phytochemicals which are secondary metabolites. These phytochemicals have various bioactivities such as being antioxidants, anti-nutritional or cytotoxic.

Antioxidants are substances used by the body to protect itself from damage caused by free radicals, whose accumulation has been linked to several diseases such as heart diseases 3, liver diseases and cancers 4.

The anti-nutritional activity of a bioactive compound is based on its ability to inhibit the absorption and utilization of nutrients. Currently, there is upsurge interest in the knowledge of bioactive compounds present in plants and hence their beneficial potentials as nutraceuticals and functional foods; hence, having positive health-promoting effects. Herbal medicine, as a major part of traditional medicine, has been used in medical practice since antiquity and is a common element of Ayurvedic, homeopathic, and naturopathic medicine.

World health organization notes that 74% of the plant-derived medicines are used in modern medicine, in a way that their modern application directly correlates with their traditional use as herbal medicines by native cultures 5, 6.

Alchemilla species belonging to Rosaceae family are locally known as "aslanpençesi" in Turkey. These species include fatty acids, esters, aldehydes, terpenes, hydrocarbons, mainly phenolic compounds, including flavonoids and tannins 7 - 10. Alchemilla plants (lady's mantle) are used in traditional medicine for different indications which are minimizing the symptoms of sore throat, promoting wound healing, stopping bleeding, gynecological diseases, alleviating nausea and vomiting 11. Different studies showed that the phenolic compounds (tannins, flavonoids, etc.) present in the plant are responsible for the pharmacological activity of Lady’s mantle 12-14. Alchemilla caucasica is a member of this genus. This plant has short, erect flowering stems, wide and reniform leaves 15 Fig. 1. 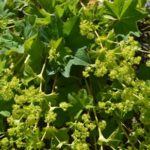 Knowledge of the chemical constituents of Alchemilla caucasica is desirable not only for the discovery of therapeutic agents but also because such information may be of great value in disclosing new sources of economic phyto-compounds for the synthesis of complex chemical substances and for discovering the actual significance of folkloric remedies. Hence, a thorough validation of the herbal drugs has emerged as a new branch of science emphasizing and prioritizing the standardization of the natural drugs and products because several of the phytochemical have the complementary and over-lapping mechanism of action. Mass spectrometry coupled with chromatographic separations such as gas chromatography (GC-MS) is normally used for direct analysis of components existing in traditional medicines and medicinal plants. In previous studies, it was reported that the seeds contained mainly palmitic, stearic, oleic and linoleic fatty acids 16. In this study, the fourteen chemical content of the aerial part of the plant was tried to be determined by GS-MS method.

Extraction Procedure: Alchemilla caucasica were collected from Konaklı Mountain (Erzurum province, Turkey) in June 2016. A voucher specimen was deposited in the Herbarium of Ataturk University, Faculty of Pharmacy (AUEF1023). The air-dried and powdered aerial parts of the plant were extracted three times with methanol in the mantle heater at 40 °C (3 × 1 L). After filtration, 1 μl of this solution was employed for GC-MS analysis.

Identification of Components: Identification was based on the molecular structure, molecular mass, and calculated fragments. Interpretation on mass spectrum GC-MS was conducted using the database on National Institute Standard and Technology having more than 62,000 patterns. The name, molecular weight, and structure of the components of the test materials were ascertained. The relative percentage amount of each component was calculated by comparing its average peak area to the total areas. The spectrum of the unknown component was compared with the spectrum of the component stored in the National Institute of Standards and Technology Library Version (2005), Software, Turbomass 5.2.

GC-MS Analysis: The more precise information in qualitative analysis can be obtained by GC-MS. For quantitative determination, gas chromatography with flame ionization detector (GC-FID) and GC-MS are preferred. GC-MS is one of the best techniques to identify the constituents of volatile matter, long chain, branched chain hydrocarbons, alcohols, acids, esthers etc. 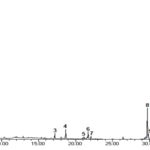 TABLE 1: CHEMICAL COMPOSITION OF THE BIOACTIVE COMPOUNDS OF ALCHEMILLA CAUCASICA

Phthalic acid and phthalate derivatives are major industrial materials used to manufacture plastic products like toys and bottles, also being widely used as plasticizers, adhesives, films, polymers, etc. However, some studies revealed that these compounds could affect the male reproductive systems producing testicular atrophy 19 and alter the normal development of fetuses in pregnant rats 20. In view of these adverse effects on living beings, the US Environmental Protection Agency (EPA) classified the phthalic acid and some industrial phthalates as priority pollutants 21 and so, for example, the maximum admissible content in water for a common phthalic acid derivative such as the phthalic acid dibutyl ester was established in 6 g/dm.

Sterols are important constituents of all eukaryotes and play a vital role in plant cell membranes. Plant sterols possess valuable physiological activities; they are biogenetic precursors of many hormones and oviposition stimulants of some insects 22. Among all phytochemicals, β-sitosterol is the main phytosterol found in many plants. It has been reported to show anti-inflammatory, antineoplastic, antipyretic, and immunomodulating activity 23.

The chemical composition of the total methyl esthers of fatty acids from the extracts of Alchemilla caucasica showed to have a very similar profile. Fatty acid methyl esthers are an alternative diesel fuel (namely, biodiesel) derived from vegetable oils or animal fats 24. The main components of vegetable oils and animal fats are triglycerides or also known as esthers of fatty acids attached to a glycerol. The most widely used industrial method for the commercial production of fatty acid methyl esthers from vegetable oils/fats is a base catalyzed trans-esterification process using sodium hydroxide or potassium hydroxide as the homogeneous catalyst and methanol as the lower alcohol 25.

CONCLUSION: The source of many plants can often be identified from the peak pattern of the chromatograms obtained directly from GC-MS analysis. Similarly, unique qualitative and quantitative patterns from a GC analysis will often help identify the source of many alcoholic beverages. The technique of fingerprint could identify false herbal products. The construction of chromatographic fingerprints aims at evaluating the quality of herbal medicines. The fundamental reason of quality control of herbal medicines is based on the concept of phytoequivalence of herbs, and then to use this conception to identify the real herbal medicine and the false one, and further to do quality control. The importance of the study is due to the biological activity of some of these compounds. The present study, which reveals the presence of components in Alchemilla caucasica suggest that the contribution of these compounds on the pharmacological activity should be evaluated.