HERBAL DRUGS – AN APPROACH FOR THE TREATMENT OF LIVER DISORDERS

HERBAL DRUGS - AN APPROACH FOR THE TREATMENT OF LIVER DISORDERS

ABSTRACT: The liver is an amazingly complex organ which virtually affects every physiological process of the body. The liver is the largest glandular organ in the body and has more function than any other organs. Hepatic disorders which stem from a stressful lifestyle, inappropriate eating habits, and lack of exercise have become one of the major causes of morbidity and mortality in human being. The acute hepatic symptoms may be cured by some general prevention such as avoidance of constipation and balance between intake quantity of protein and disaccharides in normal food. An alternative and progressively increasing adaptation is the use of herbal extracts. Many of the plant-based drugs show an effective response to managing the hepatotoxicity and secondary symptoms of liver damage. While, the models used for conventional hepatotoxicity evaluation are still outdated, in the present review we have attempted to provide updated information of the molecular pathogenesis and aspects for the role of herbal pharmacotherapy in the alleviation of hepatic ailments. Furthermore, we have attempted to summarize the critical findings on hepatoprotective herbs over the last 20 years.

INTRODUCTION: Medicinal plants may serve as a vital source of potentially useful new compounds for the development of effective therapy to combat a variety of disease. Herbal medicine is used by about 80% of the world population, primarily in developing countries for primary health care. Ancient literature also mentions herbal therapy for age-related diseases, namely memory loss, osteoporosis, diabetic wounds, immune and liver disorder, etc. (Brower et al., 1998), 1998. Indian traditional medicine like Ayurveda, Siddha, and Unani are predominantly based on the use of plant materials.

Herbal drugs have gained importance and popularity in recent year because of their safety, efficacy, and cost-effectiveness 1. Recently, World Health Organization defined traditional medicine including herbal drugs as the therapeutic practice that has been in existence, often for hundreds of years, before the development and spread of modern medicine and is still in use today 2. The association of medical plants with other plants in their habitat also influences their medicinal value in some cases. One of the most important and well-documented uses of plant product is their use as medication. Hence, there is an ever-increasing need for safe medication 3.

Role of Liver in Human Physiology: Liver is crucial to life. Because it is responsible for so many vital functions, when the liver is damaged, our health is affected. The liver can do 500 functions - that's some multitasking! This is one powerful organ, the one organ in the body that is capable of regenerating itself. There is no organ that is more important to healthy metabolism than the liver- in many ways; it is as central to metabolisms, the heart is to the circulation of blood.

The liver plays a critical role in four key areas of metabolism: fuel management, nitrogen excretion, the regulation water distribution between the blood & tissues, and the detoxification of foreign substances. It also produces prothrombin and fibrinogen which helps in blood clotting and heparin, a mucopolysaccharide, sulphuric acid and ester that helps keeps blood from clotting within the circulatory system. The liver converts to sugar into glycogen. The liver plays a vital role in disease-free life. Because of

A Few Signs that the Liver Needs to be Cleansed could be (If Other Things are not Causing the Symptoms): If you experience any of the following symptoms, you may be experiencing autointoxication (a process whereby you are poisoned by substances produced by your own body as a result of inadequate digestion and elimination),

Cause of Liver Disorders: Liver diseases have become the major cause of morbidity and mortality in human being. Among the many diseases that can affect the liver, the most common is viral hepatitis Fig. 1. Hepatitis can be caused by drugs, viruses, bacteria, and parasites like amoebiasis and giardiasis. The use of natural remedies for the treatment of liver diseases has a long history, and medicinal plants and their derivatives are still used all over the world in the form or the older for this purpose 4. The protective liver plants contain a wide variety of chemical constituent phenols, coumarins, monoterpenes, carotenoids, glycoside, and polyphones. The main cause of hepatotoxicity is yet unknown. It appears to involve two pathways- direct hepatotoxicity and adverse immune reaction 5.

The most common hepatotoxicity induced by the bioactivation of drugs to the active metabolites, which can react interact with cellular macromolecules such as proteins, lipids and nucleic acid leading to protein dysfunction, lipid peroxidation, DNA damage and oxidative stress Fig. 2. The reactive metabolites may induce disruption of ionic gradients and intracellular calcium stores, resulting in mitochondrial dysfunction and loss of energy production. 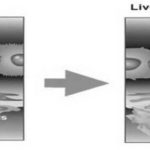 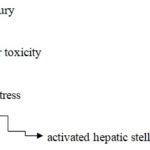 Its dysfunction release an excessive amount of oxidants, which in turn causes injury to hepatic cells. Activation of some enzymes in the cytochrome P-450 system such as CYP2E1 also leads to oxidative stress Fig. 3. Injury to hepatocyte and bile duct cells leads to accumulation of bile acid inside the liver. This promotes further liver damage. This impairment of cellular function can culminate in cell death and possible liver failure. Thus it is the delicate balance of inflammatory and hepatoprotective mediators produce after the activation of the innate system that determines an individual’s susceptibility and adaptation to hepatic injury 6. 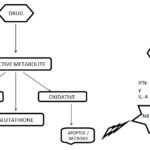 Management of Hepatic Encephalopathy:  Some most common factors which helps to manage the hepatic injury.

Pharmacological Evaluation of Hepato-protective Plants: To investigate hepatotoxic substances, it is customary to subject animals to a range of toxic substances.

In-vivo Models: The various in-vivo models are studied for the evaluation of hepatic protective drugs. The models are listed below-

Paracetamol Induced Hepatotoxicity: The method of acetaminophen-induced acute hepatotoxicity can be used most widely. Albino rats are used for the pharmacological evaluation of the test drug. The standard and test drug of various concentrations are given to the rats, and different parameters like an evaluation of serum bilirubin, SGPT, SGOT are tested.

Carbon Tetra Chloride Induced Hepatotoxicity: The carbon tetrachloride is used for the induced hepatotoxicity into the animal. The animal shows fatty changes, gross necrosis, broad inflammation of the lymphocytes, and kupffer cells around the central vein. SGPT, SGOT, ALP serum bilirubin are a most sensitive test which is considered as an index to estimate the liver disease.

Thioacetamide Induced Hepatotoxicity: Adult female Wistar rats weighing 180-200 g are kept in wire-bottomed cages at control temperature with 12 h. The thioacetamide and test group received the saline from the rats and evaluated different parameters like SGPT, SGOT, ALP, and AST.

In-vitro Models: Developed in the past years. Next, to their use in drug development, they can also be applied to study environmental toxins and their hepatotoxicity. The 3 main approaches are ex-vivo isolated and perfused organ models, precision-cut liver slice, and cell culture models. Although the advantage of whole organ perfusions is based on the assessment of physiologic parameters such as bile production and morphologic parameters such as tissue histology, cell culture models can be efficiently used to assess cellular metabolism, cytotoxicity, and genotoxicity. The advantage of precision-cut liver slices is based on the juxtaposition of cellular assays and tissue morphology.

Silybum marianum: Milk thistle (Silybum marianum) has a long and important history in herbal medicine dating back over 2,000 years in European herbal traditions.

Other plants dugs which are reported as hepatoprotective is given below:

TABLE 2: LIST OF VARIOUS HEPATIC FUNCTIONS TESTS WITH THEIR INTERPRETATIONS 50

DISCUSSION: Hepatoprotective disorder is the most common disorder and affects normal physiology of the liver. This review discusses the plant drugs which have shown the significant result as the hepatoprotective agent even in some cases with good potency. There is an increasing demand by the patient to use the natural product with hepatoprotective activity. A large number of herbal species has been used traditionally as a medicine against hepatotoxicity ailments. Many of them have been studied scientifically and proved to be beneficial for the liver as a hepatoprotective. The success has been attained to isolate various single chemical entities responsible for hepatoprotective activity 51.

Most of the plant extract is water soluble so the achievement of successful bioavailability is tough task. To overcome these problems different kinds of targeted formulation have been developed. In this aspect phytosomes and liposomes have emerged as prospective tools for delivery of bioactive to hepatic tissues. The different kind of marketed formulation such as silyphos phytosomes, ginkgo liposomes, quercetin phytosomes is available in the market which achieves maximum bioavailability 52.

CONCLUSION: Plants have played a remarkable role in health care since ancient time. Traditionally plant-based medicine exerts a great deal of importance to people living in developing countries and also lead to the discovery of new drugs. Herbal medicines make an enormous contribution to primary health development. In recent days, hepatotoxicity is a major cause for the human being, so this review includes all the study of plants drug which gives significant responsibility for the treatment of hepatotoxicity. The research of botanical medicines shows the different result for the treatment of liver dysfunction. The different herbal remedies such as a green tree, ginger, and curcumin are the well-known drugs for the treatment of acute liver toxicity.

In another way, many hepatic trails are done by the scientist today and much research yet to be done, but a list of these plants has an appreciable response for the treatment of viral hepatitis, cirrhosis of liver and liver toxicity. The single drug cannot show significant response; the combination of two or more plant extract may prove very effective treatment of liver disorders caused by over drinking of alcohol, toxic elements and different viral infections.

ACKNOWLEDGEMENT: I have taken efforts in this review paper. However, it would not have been possible without the kind support and help of Library Personals of organizations, thus I would like to extendmy sincere thanks to all of them.