ABSTRACT: In this study, the cream was formulated from the plant extract containing anti-oxidant ingredient Embelin and its quality control evaluation performed along with the antioxidant activity. The alcohol extract of the plant was used. The extract was tested for antioxidant activity by superoxide scavenging activity. Quality evaluation of the product was assessed by using different evaluation methods. The stability study was also performed, and no changes in the physical properties were observed. The formulations showed good spreadability, no evidence of phase separation and good consistency during this study period. The cream was found to be stable during the stability study. From the present study, it was concluded that it is possible to develop creams containing herbal extract having antioxidant property.

Preparation of Extract: The plant was collected and dried it for 2 days in sunlight. Then crushed it to a fine powder and passed it from sieve no. 60. The collected powder was subject to maceration with ethanol in iodine flask for 7 days. The extract was filtered and evaporated to get the semisolid mass and then vacuum dried.

Preparation of Cream: 5 The formulation of cream was done as motioned in Table 1. The moisturizer conditioner was a mixture of propylene glycol: glycerine: sorbitol (2:1:1). All the aqueous soluble ingredients were dissolved in water, and all oil soluble ingredients were mixed in separate beakers. The aqueous phase was then added to the oil phase slowly with constant stirring, and the mixture was homogenized for 30 min.

Viscosity: Viscosity of cream was determined by Brookfield viscometer. The viscosity measurements were done using Brookfield Viscometer. The developed formulation was poured into the adaptor of the viscometer, and the angular velocity increased gradually from 0.5 to 20 rpm.

Evaluation of Antioxidant Activity by Superoxide Scavenging Activity: 8, 9 The reaction mixture contained 2.650 ml phosphate buffer, 0.1 ml NBT, 0.2 ml KCN, 0.5 ml riboflavin and different concentrations of extracts in the final volume of 3 ml. The tubes were illuminated with an incandescent lamp for 15 min. Optical density was measured at 532 nm before and after illumination. The percentage of inhibition of superoxide generation was evaluated by comparing the absorbance value of control and test. 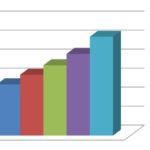 To assess the formulation stability, stability study was performed. The cream filled in a bottle and kept in the humidity chamber maintained at 30 ± 2 °C/ 65 ± 5% RH and 40 ± 2 °C / 75 ± 5 % RH for two months. At the end of the study, samples were analyzed for any change in the physical properties and quality control parameters like; color & appearance, pH, viscosity and Spreadability.

RESULTS AND DISCUSSION: The Embelin extracted from the plant. The antioxidant activity of the extract showed that it was a potent free radical scavenger and antioxidant due to the presence of flavonoids and phenolic compounds. The results are summarized in Fig. 1. The cream was formulated from extract as mentioned in Table 1. Further various quality control parameters were performed for cream formations, and results are mentioned in Table 2. pH of the prepared cream was found to be around 6 which is suitable for topical application because the pH of the skin is lies within the same range. The formulation also showed excellent spreadability as the result of spreadability study. The viscosity of cream was found to be different at different RPM which is inversely proportional to the rate of shear (rpm). The stability studies of the various parameters like visual appearance, nature, pH, and viscosity of the formulations showed that there were no significant variations in various study parameters after two months of the study period as summarized in Table 3.

CONCLUSION: Stability parameters like visual appearance, nature, viscosity, and fragrance of the formulations showed that there was no significant variation during the study period. The prepared formulations showed proper pH range that is approximately pH 6; it confirms the compatibility of the formulations with skin. The cream was found to be stable during stability study; thus the present study concluded that it is possible to develop cream containing Embelin as herbal extracts and can be used as a potent antioxidant agent.