EXTRACTION, PURIFICATION AND DETERMINATION OF PHYTO-COMPONENT OF FATTY ACIDS FROM IRVINGIA GABONENSIS SEEDS

EXTRACTION, PURIFICATION, AND DETERMINATION OF PHYTO-COMPONENT OF FATTY ACIDS FROM IRVINGIA GABONENSIS SEEDS

ABSTRACT: Objective: This study was designed to extract, purify and determine the phyto-components in the petroleum ether extract of Irvingia gabonensis seeds (IGS). A multiple batch extraction procedure was employed using petroleum ether as a solvent. A specified quantity of the IGS was size reduced, dispersed in freshly distilled water by heating to a temperature of 80 ºC. The dispersion was then filtered through a clean muslin cloth. The fats content was separated from the Biopolymer by first dispersing in 90% alcohol, filtered and dried at 40 ºC. The fat component of the residue was finally extracted with petroleum ether. The GC-MS analysis of the petroleum ether extract of IGS was performed using an Agilent G1701 GC/MSD system. This investigation was done to determine the possible chemical components from IGS by GC-MS. This analysis revealed that the petroleum ether extract of IGS contained mainly fatty acid compounds–lauric acid (36.82%), myristic acid (31.52%), benzyl dodecanoate (9.06%) and palmitic acid (4.03%), n-Decanoic acid, 1-(hydroxyl-methyl)- 1, 2- ethanediyl ester, tetradecanoic acid, 2- hydroxy-1, 3-propanediyl ester. The results from the present study show that IGS contains various bioactive compounds and is recommended as a plant of phytopharmaceutical importance.

INTRODUCTION: The Irvingia gabonensis seeds has been studied and said to have some industrial potential. Although the two species’ seeds do differ in their composition, the differences are not always found to be significant, and some studies fail to identify which species is being analyzed. This is particularly so for those that were undertaken before I. wombolu was recognized as a separate species, therefore in some cases figures given for I. gabonensis are actually for I. gabonensis var. excelsa (I. wombolu).

Onyeike and co-worker 1 report that the crude fat content of I. gabonensis seeds is 62.25% ± 0.55, proving them to be ‘very good oilseeds’. Amubode and Fetuga 2 analyzed the amino acids in I. gabonensis and came up with the following:

Fruits: The juicy fruit pulp of I. gabonensisis rich in vitamin C and is widely reported to be consumed as a dessert fruit or snack throughout Western and Central Africa 3, 4.

Seeds: The kernels of I. gabonensis and I. wombolu are classed as oilseeds. They are ground with a pestle and mortar or on a stone into a paste or cake called ‘dika bread,’ which is used as a soup, stew or sauce additive, for flavoring and thickening 5, 6. The kernels are highly valued for the slimy consistency they produce. Okafor 7 notes that whilst kernels from both Irvingia spp. are used in soup making, I. gabonensis kernels can only be used when fresh since they become too slimy over time. Irvingia kernels form an important part of the West and Central African diet, providing carbohydrate and protein 1.

Fat extracted from the kernels can be used for food applications, such as in cooking oil or margarine, and is also suitable for pharmaceuticals, cosmetics, and soap 8. The potential industrial applications of bush mango kernel fat listed by Joseph 9, include cooking oil, margarine, perfume, soap, and pharmaceuticals. Aside from its role as a thickener, the residual kernel cake could also be used as a binder in food or pharmaceutical products 9. Ndjouenkeu and co-worker 10 extracted the polysaccharides from Irvingia kernels, and an analysis of their properties concluded that they have potential as an industrial gum.

Extractions of Irvingia gabonensis (Ogbono) Gum: One kilogram of Irvingia gabonensis seed was size reduced using an electric blender. The granules were then transferred into a dried clean beaker (1000 ml capacity). Water was added up to 1000 ml mark, and with the aid of the hot plate, it was heated until the temperature of 80 ºC was reached. The solution was constantly stirred and left to stand for 24 h for proper dispersion in distilled water. After 24 h, the dispersion was filtered through a clean muslin cloth, the filtrate obtained contains: biopolymer, fat, and water

About ten (10) liters of 95% ethanol was added to the filtrate until the mixture of biopolymer and fat crumbled in the ethanol indicating complete precipitation and total separation from water. The residue was collected, while the filtrate was discarded. The residue extracted was properly spread on a clean brown paper and air dried for 24 h for complete drying, it was dried in an oven at a temperature of 40 ºC for 20 min.

Recovering the Fat from Petroleum Ether: The several batches of the petroleum ether used for the purification of the biopolymer were collected together in a 1000 ml capacity beaker and left in the open air for 72 h, after which pet ether had evaporated leaving behind a semisolid mass which is fat.

GC-MS Analysis: GC-MS analysis of the petroleum ether extract of IGS was performed using a Agilent G1701 GC/MSD  system comprising an AOC-20i auto-sampler and a Gas Chromatograph interfaced to a Mass Spectrometer (GC-MS) equipped with a Elite-5MS (5% diphenyl / 95% dimethyl polysiloxane) fused a capillary column (30 × 0.25 μm ID × 0.25 μmdf). For GC-MS detection, an electron ionization system was operated in electron impact mode with ionization energy of 70 eV. Helium gas (99.999%) was used as a carrier gas at a constant flow rate of 1 ml/min, and an injection volume of 2 μl was employed (a split ratio of 10:1).

The relative percentage amount of each component was calculated by comparing its average peak area to the total areas. The mass-detector used in this analysis was Turbo-Mass Gold-Perkin-Elmer, and the software adapted to handle mass spectra and chromatograms was Agilent G1701 GC/MSD ChemStation, and the library used was Agilent IO Libraries version 15.5.

Identification of Phytocomponents: Interpretation on mass-spectrum GC-MS was conducted using the database of Agilent IO Libraries version 15.5 National Institute Standard and Technology (NIST) having more than 62,000 patterns. The spectrum of the unknown components was compared with the spectrum of known components stored in the NIST library. The name, molecular weight, and structure of the components of the test materials were ascertained.

RESULTS AND DISCUSSION: GC chromatogram analysis of the petroleum ether extract of IGS Fig. 1 showed 12 peaks which indicates the presence of 12 phytochemical constituents Table 1. On comparison of the mass spectra of the constituents with the Agilent IO library, eight (8) phytocompounds were characterized and identified Fig. 2. The various phytochemicals which contribute to the medicinal activities of the plant were shown in Fig. 2. The mass spectra of all the phytochemicals identified in the petroleum ether extract of IGS were presented in Fig. 2. Of the 8 compounds identified, the most prevailing compounds were lauric acid (36.82%), myristic acid (31.52%), benzyl dodecanoate (9.06%) and palmitic acid (4.03%). Among these compounds, three compounds ‘lauric acid, myristic acid and palmitic acid’ were reported to have antimicrobial activity. 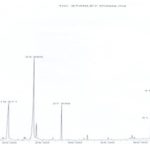 FIG. 1: MASS SPECTRUM OF PHYTOCOMPONENTS IDENTIFIED BY GC-MS IN THE PETROLEUM ETHER EXTRACTS OF IGS

TABLE 1: PHYTOCOMPONENTS AS IDENTIFIED IN THE IGS PETROLEUM ETHER EXTRACT BY GC-MS 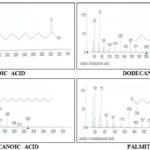 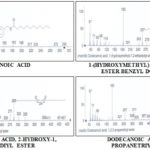 FIG. 2: MASS SPECTRUM AND STRUCTURE OF PHYTOCOMPONENTS IDENTIFIED BY GC-MS IN THE PETROLEUM ETHER EXTRACTS OF IGS

Lauric, palmitic and myristic acids are known to have potential antibacterial and antifungal properties 11, 12 thus suggesting the possible antibacterial and antifungal activity of this extract. Myristic acids have also been reported to have larvicidal and repellent activity 13 and palmitic acid reported to have anti-inflammatory, 14 antioxidant, hypocholesterolemic nematicide, pesticide, anti-androgenic flavor, hemolytic, 5-alpha-reductase inhibitor, 15 potent mosquito larvicide activities 16. Decanoic acid is a fatty acid can form salt or ester with a drug which will increase its affinity for fatty tissue and its lipophilicity. This thus makes this extract well information of prodrug and depot injection by using its decanoate form. The activities of these compounds are a function of the lipophilic properties of their constituent, the properties of their functional groups, and their aqueous solubility 17. 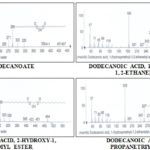 FIG. 3: MASS SPECTRUM AND STRUCTURE OF PHYTOCOMPONENTS IDENTIFIED BY GC-MS IN THE PETROLEUM ETHER EXTRACTS OF IGS

CONCLUSION: The various bioactive compounds presence in the petroleum ether extract of IGG justifies its use for various ailments by traditional practitioners. That notwithstanding, isolation of individual phytochemical constituents and subjecting it to the biological activity will definitely give fruitful results. From the results, it could be concluded that Irvingia gabonensis fats contain various bioactive compounds.

Therefore, it is recommended as a plant of phytopharmaceutical and medicinal importance. Future work shall be directed on isolation and designing a stable formulation for the bioactive compounds.

ACKNOWLEDGEMENT: The authors thank all the subjects involved in this study. Special thanks to the staff of Physical Chemistry, of the University of Ilorin for their support.

CONFLICT OF INTEREST: There is no conflict of interest. The entire article is the original copy of the outcome of the research carried out by my group.