ABSTRACT: Marine macroalgae Sargassum is commonly referred to as brown seaweeds. Commercially and continuously the pharmaceuticals industries are rapidly growing because always demand for new drug discovery is encouraged. Since, brown seaweeds have ample source of bioactive compounds of primary or secondary metabolites. These potential bioactive compounds interest to improve the pharmaceuticals industry. This present study was investigated to explore the antibacterial and antifungal activity of the organic solvents of the brown seaweed Sargassum. Phytochemical analysis of Brown seaweeds of Sargassum longifollium with six different organic solvents was analyzed. All the solvents like Dimethyl Sulfoxide (DMSO), Benzene, Acetic acid, hexane, Di Ethyl ether, and Chloroform has the extraction of phytochemical constituents. Among the six solvents, Dimethyl Sulfoxide (DMSO) extract showed a maximum number of phytochemical constituents and antibacterial and antifungal activity when compared to other five solvent extracts. FTIR identified the responsible functional groups in the solvent extract. These results statements be a necessary (or) recommended that the species of brown seaweeds (Sargassum longifolium) having a potential capacity as a source of antimicrobial compounds, which makes them interesting for screening for natural and highly bioactive secondary metabolites products it may lead to the development of new pharmaceutical agents.

Land plants resources have most exhausted to produce traditional and modern medicines. However, the biological and chemical diversity of marine source initiates a new type of agents against many diseases 3, 4.

Marine algae’s are a rich source of biologically active metabolites 5, 6. Many marine algae highly produced secondary (or) primary metabolites may be these potential bioactive compounds are used in the many pharmaceutical industry 7. Now a day’s many unique chemical compounds of marine origin have various biological activities.

Some of them screened and under investigation, and others are being used to develop new pharmaceutical agents. In marine macro algae‘s are a concern because it has a wide range of biological activities such as antioxidant 8, antifungal 9, anticancer 10, antiviral 11, and antibacterial activities 12. The numerous reports macro algae chemical compounds used pharmaceutical‘s in broad range because they produce bioactive substances and chemically active metabolites, in their surroundings as an aid to product themselves against other settling organisms like bacteria and fungi 13.

Seaweeds are primitive non-flowering plants without true root leaves and stem and commercially essential marine cash crop. It is used as a foodstuff and many pharmaceuticals applications because they contain a great source of three bioactive compounds such as dietary fiber proteins, vitamins, carotenoids, essential fatty acids and minerals 14, 15, 16.  Seaweeds are used to important in ecological interactions between marine microorganisms and other microorganisms 17. The active antimicrobial essences in algae are normally extracted by water 18. But in this paper, the antibacterial substances are extracted by organic solvents. Such as toluene, ethyl acetate, acetone, ethanol, methanol. The seaweeds provide the different antimicrobial activity with different solvent extracts 19, 20. The active constituent cell and active extract of Sargassum algae have been shown antimicrobial active in-vitro against Gram-positive and gram-negative pathogens. Seaweeds Sargassum have to produce secondary metabolites and bioactive compounds. These characterized by a broad spectrum of antimicrobial activities 21.

In the present study, we describe the antibacterial and antifungal characteristics of Dimethyl Sulfoxide (DMSO), Benzene, Acetic acid, hexane, Di Ethyl ether and Chloroform extracts of Sargassum longifolium (marine brown seaweed) algae obtained from the Tuticorin coastal area. The effective extract activation was measured by well diffusion method and these organic solvents of brown seaweed algae extract characterization, and functional groups are analyzed by Fourier transform infrared (FTIR). These results may encourage the pharmaceuticals field and the invention of sowing seeds to discover the new drugs.

Collection of Seaweed Sample: The brown seaweed algae Sargassum longifolium was collected from Tuticorin coastal area in South Tamilnadu, India. The algal sample was cleaned from epiphytes, extraneous matters and necrotic were removed. These Sargassum samples were collected in sterilized polyethylene bags. After that the samples were washed thoroughly with seawater then sterile double distilled water, air dried, cut into small pieces and then ground in a tissue grinder until reach fine powder form and stored in airtight bottles.

Solvent Extraction: The powdered brown seaweed was soaked in 25 ml of organic solvents such as Dimethyl Sulfoxide (DMSO), Benzene, Acetic acid, hexane, Ethyl ether and Chloroform incubated for 1 h to homogenize the sample. After that, it filtered 2 times through Whatman no.1 filter paper. Collect the pure filtrate extract and store in the refrigerator for further and future use

Test for Carbohydrate: The presence of carbohydrate in the extracted of brown seaweeds was tested using Molisch’s test, add 2 drops of Milosch's reagent to 2 ml of seaweed extract in a test tube and mix thoroughly. Add 2 drops of conc. Sulphuric acid by the side of the test tube in slanting position. Then erect the test tube slowly. The reddish violet ring formed at the junction of the two liquids. This indication was the presence of carbohydrates.

Test for Proteins and Amino Acids: Equal volume of 5% of sodium hydroxide and 1% solution of copper sulphate were added with the extracts of brown seaweeds. The appearance of pink color shows the presence of proteins and free Amino acid.

Preliminary Phytochemical Analysis: The brown seaweeds (Sargassum longifolium) extracts were analyzed for the presence of Proteins and amino acids, Flavonoids, Alkaloids, Coumarine, Tannins, Sugar / Glucosides, and Phenolic compounds according to the standard procedures.

Borntrager’s Test: The small quantity of the test solution was boiled with diluted sulfuric acid and filtered. Ether was added to the filtrate and shaken well. The separated organic layer was added with ammonia. The layer became pink to red. It indicates the presence of Anthraquinone glycosides.

Test for Alkaloids: 0.5 of extracts was stirred with 5 ml of 1 % aqueous hydrochloric acid on a water bath from that 1 ml portion was treated with Dragendorff’s reagent. The turbidity of precipitation showed the presence of alkaloids in the extract.

Test for Coumarine: A small amount of algae sample was taken in a boiling tube and treated with alcoholic sodium hydroxide. The yellow color formation indicates the presence of coumarin.

Test for Tannin and Phenolic Compounds: The small quantity of the test solution was taken separately in water and tested for the presence of Phenolic compounds and tannins with following reagents such as

Test for Sugar/Glucosides: In a boiling tube few ml of extract sample was taken and mixed with the equal quantity of anthrone reagent. Then, it was treated with 2 drops of concentrated sulphuric acid and gently heated in a water bath. The green color formation indicates the presence of sugar.

Fourier - Transform Infrared Analysis (FTIR): FTIR analysis was performed using Perkin Elmer Spectrometer System. Dry (dehydrated) Sargassum’s samples were analyzed. This technique was used to detect the characteristic peaks and their functional groups. The peak values of the FTIR were analyzed. Every analysis was repeated twice and confirmed 22.

Antibacterial and Antifungal Assay: The Muller-Hinton agar medium was used for the antibacterial assay. The inoculation of all agar plates with bacterial strains as follows: Sterile cotton swab was dipped into a well-mixed Nutrient broth; (containing bacterial cultures incubated in a shaker for eight hours at 37 °C). Excess inoculums were removed by pressing the swab against the inner wall of the culture tube.

The entire Antibacterial activity of algal extracts was determined by agar well diffusion agar plates were swabbed horizontally, vertically and the outer edge of the plate to ensured heavy growth over the entire surface. All the culture plates were allowed to dry for about five minutes. Then the prepared extracts are poured into the well in the standard concentration. All the plates were incubated for 24 h at 37 °C.

Then the presence of a zone of inhibition could be measured on the plates. The same procedure was used to antifungal assay but this method using Potato Dextrose Agar medium. All tests were performed in triplicate, and clear zones greater than 10 mm were considered as positive results 23. 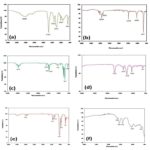 Antibacterial and Antifungal Assay: Seaweeds are rich source minerals, fatty acids, vitamins and other nutritive elements, etc are necessary to human consumption. These nutritive element contents in seaweeds are much higher when compared to the other edible land plants and land vegetables 24. The elemental composition and nutrition value has been depending on varying according to seaweeds species, oceanic residence time, wave exposure, seasonal, geographical place of harvest, annual, physiological factors and environmental, type of processing and method of extractions 25, 26.  In the present investigation, phytochemical analysis and antimicrobial assay of brown seaweeds namely Sargassum longifolium by using six different organic solvents studied.

The result of the preliminary screening test was summarized in Table 1, which revealed that all the solvents like Dimethyl Sulfoxide (DMSO), Benzene, Acetic acid, hexane, Di Ethyl ether, and Chloroform has the extraction of phytochemical constituents. Among the six solvents, DMSO extract showed a maximum number of phytochemical constituents when compared to other five solvent extracts. Antibacterial and antifungal assay of the six solvents extract of the brown seaweeds were analyzed and summarized in Table 2, Table 3. The level of inhibition was observed for ten organisms (5 microorganism’s strains and 5 fungal strains). The maximum antimicrobial potentials were observed for the DMSO solvent extract of Sargassum longifolium, which inhibited the growth of all using tested organisms.

In extracts obtained using acetic acid of Sargassum’s showed a minimum activity against pathogens like Streptococcus sp (18 mm) and significant activity against Klebsiella pneumoniae (20 mm) Enteroccoci sp (19 mm), and low activity against Bacillus subtilis (17 mm) and maximum activity in Proteus sp (21 mm). All other four solvents Di ethyl ether, Benzene, Chloroform, and Hexane are low antibacterial pontentials when compared to DMSO and acetic acid. In fungi, the significant activities are seen in all extract are responsible to Aspergillus niger only. Antibacterial activity depends on both algal species and the efficiency of the extraction method. The higher susceptibility mentioned against the algal extracts gives a promising indication of developing a new potent drug from marine natural sources. It is used in combating the infections due to such pathogens. In this antimicrobial assay of six solvent extracts of brown seaweeds, Proteus sp and Klebsiella pneumoniae had a maximum inhibition zone. A particular group of bacteria has more susceptibility because it was due to the difference in their structure and their composition level of the cell wall 27.

The gram-negative bacteria outer membrane act as a barrier to many environmental substances including antibiotics 28. The exact reason gram-negative strains are observed high sensitivity it could be opinioned the compounds in macroalgae may be phenolic nature, which solubilized the lipopolysaccharide layer of its cell wall, so leading to entry of the inhibitory compounds. But the gram-positive bacteria have a thick peptidoglycan layer in its outer cell wall hence it has less susceptibility. So it’s resisted to the entry of the inhibitory compounds.

Recent days, increased resistance to old antibiotics requires trying to find a new substitute. These results the seaweed of Sargassum longifolium had a spectrum of phytochemicals, which are called as secondary metabolites may lead to remarkable promising antibacterial agents obtain from natural and traditional source material as an alternative to substitute the existing antibiotics, which are already to develop new drugs.

CONCLUSION: In this work, we can show that these six organic solvents extractions of macroalgae (Sargassum longifolium) were tested for its antibacterial and antifungal effect results successfully showed the better zone of inhibition against tested pathogenic bacteria and fungus. This extracts can be used for the development of new drugs in the pharmaceutical industry.Our results revealed that these brown seaweeds might be attributed to the economically important antimicrobial compounds are easily extracted with these organic solvents. The marine environment has a wide range of bioresources and tremendous potential compounds. These resources to provide a new by-products such as enzymes, antibiotics, etc. the extraction of active constituents of brown seaweeds which can be used for the production of lead molecules these are valuable in the pharmaceutical industry. Many bioactive compounds and pharmacologically active substances are isolated from algae because algae’s are original fuel of nature.