ABSTRACT: Anethum graveolens an important medicinal plant and one of the most widely cultivated species of the family (Umbelliferae). It is highly valued from time immemorial because of its vast medicinal properties. The present work deals with the investigation of the laxative activity of various extracts of Anethum graveolens fruits. The laxative effect was checked in using Wister strain Albino rats. All the crude extracts such as ethanol, ethyl acetate, n-butanol and petroleum ether at a dose of 200 and 400 mg/kg were tested for laxative activity, whereas agar-agar 300 mg/kg, p.o. was used as standard drugs. Among all the extract, the petroleum ether extract was found to possess the most effective laxative activity. Therefore, Anethum graveolens fruits can be a substitute for synthetic laxative drugs having adverse effects.

INTRODUCTION: Anethum graveolens L. commonly known as (dill) fruit has been used in Ayurvedic medicines since ancient times. The tribal areas of Koraput (District) of Eastern Orissa, due to its unique varieties geographical and climatic factors have had a rich variety of medicinal plant and extensively used traditionally by the tribal people. Anethum graveolens, belong to the family Umbelliferae, is indigenous to Southern Europe. It is an annual herb growing in the Mediterranean region, Central and Southern Asia. Now it is cultivated widely throughout the world 1, 2, 3, 4. It is used traditionally as a popular aromatic herb and spice that has a very long history of use going back to more than 5,000 years. It was used as a remedy for indigestion and flatulence and as milk secretion stimulant.

Moreover, it is used as an anti-convulsion, anti-emetic, anti-cramp (in children), as a wound healer and to increase the appetite and strengthen the stomach 5, 6, 7. The major compounds of dill seed essential oils were carvone and limonene whereas dillapiole, trans-dihydrocarvone & α-phellandrene were present in appreciable amounts. Trace amounts of α-thujene, α- pinene, sabinene), myrcene, p-cymene γ-terpinene, dil ether, iso-dihydro carveol, trans-carveol, and anethole were also present in essential oil 8. Some pharmacological effects have been reported, such as antimicrobial, anti-hyperlipidemic and anti-hypercholesterolemic activities 9.

Collection of Plant Material and Identification: The fruits of Anethum graveolens were collected from the local area of Jeypore and all so identified, confirmed and authenticated by the Biju Patnaik Medicinal Plants Garden and Research Centre, Jeypore, Koraput, Odisha. (Letter no. MJ/SS/P-607/17, dated (22.10.2017). After authentification, the fruits were collected in bulk and dried in sunlight and made into coarse powder by grinding in a mechanical grinder. Then stored in a closed airtight container for further use.

Preparation of Extracts: The coarse powder was taken in Soxhlet apparatus and extracted successively with ethanol, ethyl acetate, n-butanol and petroleum ether as a solvent. A total amount of 500 g coarse powder was extracted with 1000 ml of each solvent. For each solvent, 10 cycles were run to obtain a thick slurry. Each slurry was then concentrated under reduced pressure to obtain the crude extract. All crude extracts were kept in closed airtight containers under cool and dark place for further study 10, 11.

Animal: Healthy adult Wister strain of Albino rats were procured and housed in animal house maintained under standard hygienic conditions and the studies conducted were approved by the institutional animal ethical committee (1906/PO /Re/S/16/CPCSEA), Jeypore College of Pharmacy, Jeypore, Odisha according to prescribed guidelines of the committee for the purpose of control and supervision of experiments on animals (CPCSEA), Government of India.

Acute Toxicity Studies: The acute toxicity was performed according to OECD 423, 2001. The selected Albino rats were used to determine the dose. The animals were divided into five groups, six animals in each group. The animals fasted overnight before the acute experimental procedure. Distilled water was used as a vehicle to suspend the different fruit extracts of Anethum graveolens and administered orally as following doses of 100, 300, 600, 1000 and 2000 mg/kg body weight. Immediately after dosing, the animals were observed continuously for the first four hours for behavioral changes and mortality at the end of 24 h and daily for 14 days respectively 12.

Laxative Activity: The test was performed according to Capasso et al., on rats of either sex weighing 200 - 220 g were kept in individual cages during one week. Any rat producing wet feces was rejected. The rats fasted for 12 h before the experiment, but with water provided ad libitum. The animals were divided into eight groups of six in each. The animal groups were administered orally either with vehicle (1% tween 80 solution in normal saline), 25 ml/kg, standard reference drug, agar-agar (300 mg/ kg, p.o.) in saline or doses of extracts 200 and 400 mg/kg.

Immediately after dosing, the animals were separately placed in cages suitable for the collection of feces. (Each cage is with a wire mesh at the bottom and a funnel to the urine; stainless-steel sieves are placed in the funnel to retain feces). After 8 h of drug administration, the feces were collected and weighed. After that, food and water were given to all rats, and fecal outputs were again weighed after a period of 16 h 13, 14. 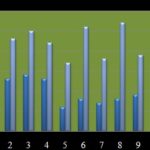 Statistical Analysis: The results are reported as mean ± SE. Statistical analysis was done using ANOVA (Tukey - multiple comparisons Test). When probability (p) was less than 0.05 was considered as significant 15.

A preliminary acute toxicity study in mice showed that all the extracts were not toxic (LD50 > 1000 mg/kg). The pet-ether extract of the fruit of Anethum graveolens shows significant laxative activity than other two extracts in a dose of 200 mg/kg body weight as compared to standard drug agar-agar in a dose of (300 mg/kg) which were shown in Table 1 and Fig. 1.

CONCLUSION: In present study four extracts ethanol, ethyl acetate, n-butanol and petroleum ether of fruits of Anethum graveolens were studied for laxative activity among all the extract pet-ether extract shows significant laxative activity than other three extract in a dose of 200 mg/kg body weight as compared to standard drug Agar-agar in a dose of 300 mg/kg. Therefore, the traditional use has been pharmacologically validated, and the Anethum graveolens fruits can use a substitute of synthetic laxative having an adverse effect.

ACKNOWLEDGEMENT: Authors wish to thank local people of South-eastern Odisha for giving valuable information about the plant and all so wish to express their gratitude to Jeypore College of Pharmacy, Rondapalli, Jeypore, Koraput, Odisha.