ETHNO-BOTANICAL STUDY OF SELECTED PLANTS USE, PREPARATION AND APPLICATION BY PEOPLE OF OJU LOCAL GOVERNMENT AREA OF BENUE STATE, NIGERIA

ETHNO-BOTANICAL STUDY OF SELECTED PLANTS USE, PREPARATION AND APPLICATION BY PEOPLE OF OJU LOCAL GOVERNMENT AREA OF BENUE STATE, NIGERIA

ABSTRACT: A good number of medicinal and aromatic plants are used as complementary and alternative medicine in different regions of Nigeria. However, some of this valuable ethnobotanical knowledge has not been formally documented. Hence, the objective of this study was to document the ethnomedicinal plants, their preparations, and applications in managing a variety of ailments in the Oju local government area of Benue State, Nigeria. Twenty-three traditional healers (16 male and 7 female) of different ages (42–75 years) were purposively and randomly selected with the help of administrative personnel in collecting the plant species. A key informant interview guide was used to collect the data. Thirty-three plants species belonging to 26 families were collected and documented. Of the 33 species, 55% were trees, 21% shrubs, 21% herbs, and 3% climbers. Leaves were the most utilized plant part. The routes of administration are mainly internal, in which oral administration is the common one. A total of 23 different prescriptions for the individual plant and in combination were recorded for their healing properties against 20 ailments. The medicines were reputable as a remedy for the following diseases: severe stomach ache, cough and gonorrhea, cough, blood deficiency, typhoid, ear pain, high blood pressure, flariasis, eczema, and Ulcer. Informants claimed that fresh forms of the preparations were considered more powerful than dried ones to treat the ailments in humans.

INTRODUCTION: Medicinal plants, since time immemorial, have been discovered very useful in alleviating human health challenges. Their healings potential and associated knowledge are used for pharmaceutical, trade, and traditional remedies through human civilization 1.

The use of these plants in the treatment of human diseases is a common practice globally, especially in developing countries like Tanzania, India, Bangladesh, and all across West Africa 2. Several disease infections are known to have been treated with pure traditional medicine throughout the history of man 3.

The recent clinical success of Artemisinin from Artemisia annua, quinine, and quinidine isolated from the cinchona tree bark as anti-malaria drugs were due to ethnomedical and ethnobotany studies, which are today recognized as the most viable method of discovering and identifying new medicinal plants. Scientific investigation and a continual search for the bioactive constituents of plant material have rekindled interest in medicinal plants for their potential to discover and develop novel drugs 4. The role of plants in promoting good health and medicine cannot be overemphasized this is because it is the bedrock for the discovery of new drugs which can be used to prevent several diseases 5. Further research has revealed that many people seek out non-conventional medicine, which are plant-based medications, when conventional medicinal treatment fails to address chronic disease effectively and without eventual adversity 6. The depletion of natural resources is alarming, yet only a little is known about the flora present in the environment. One of the most viable means of identifying new medicinal plants and placing new emphasis on those earlier reported for bioactive constituents involves ethnobotanical studies 7. During the past decades, however, traditional medicine practice has become a global topic as a significant number of indigenous people continue to rely on medicinal plants for their health care needs 8.

Historically, beneficial plants have always been thought of as people’s medicine and are safer than chemical medicine, cheaper, and more accessible to common folk nationwide. Plant-based pharmaceutical products with proven medical efficacy and phytomedicine are prescription drug products with formal market authorization involving detailed toxicological and clinical trials. Plant-based medicine, which is the most important part of our life, uses any plant organ such as root, stem, leaves, flowers, and fruits in some medicinal, culinary, or fragrant properties 9. With medicinal plants as their most important components, these traditional medicines are sold in the market places or prescribed by traditional healers in their homes. However, the potential of the Nigerian flora as a vegetable source for pharmaceuticals and other therapeutic materials has to be documented 10. Therefore, in light of the above facts, this documentation relating to the future of traditional medicine and its practices is prompted.

Description of the Study Area: Benue is located in the north-central part of Nigeria. Oju people are a member of the Niger-Congo languages and the Benue-Congo subgroup. Igede as a language identification system is spoken by the Igede people of Benue state and cross the River state of Nigeria. On the basis of the global positioning system (GPS), Oju geographical location extends from 6.860 N to 8.220N and 8.380E to 8.460E with estimated area coverage of 1,283km2 and with a density of 131.3 inh/km2. Administratively, Oju is made of 11 clans. The area has an average annual temperature of 270 (870F) with an average time zone of WA (UTC+1). Oju has an estimated total population of 1, 68491 according to the 2006 census (national population commission of Nigeria). The map shows the location of Fig. 1: location of Benue state in Nigeria, Igede land on Nigeria map, and Oju and Obi local government areas are shown below 11. 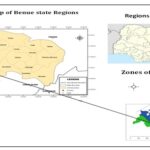 Selection of Informants, Plant Specimen Collection and Identification: Twenty-three traditional healers (16 male and 7 female) of different ages (42 to 65 years old) were selected as key informants. An oral interview was conducted on them so as to ascertain the usage and effectiveness of herbal medicine. These traditional healers hail from Anchimogbo, Ibianko, Agedegbe, Uwokwu, Ega-Ibilla, and Oyinyin, all in Oju local government area of Benue State. The Igede language, which is the general language of communication, was used as a medium of communication. The data was collected between 19th December 2018 to18th January 2019.

Prior to the interview process, discussions were held with the informants to clarify the purpose of the study. From the historical facts provided during the discussion by the traditional healers concerning the long use of medicinal plants and their potential effectiveness in treating various aliment, the interviewer, however, builds the confidence of the respondents to provide reliable information without suspicion. Face-to-face meetings were held with the traditional healers. A key informant interview guide was used to collect the data. These key traditional healers were asked to provide information on plant(s) use against any kind of illness, the type of plant and the parts used, the methods of preparation, the routes of administration, the dosage used and threats. The traditional healers were used as guides during field trips to collect voucher specimens. Experts identified voucher specimens at the National Institute for Pharmaceutical Research and Development, Abuja. The voucher specimen was labeled with scientific and vernacular names and deposited in a herbarium at the National Institute for pharmaceutical research and development Idu industrial area Abuja Nigeria.

RESULTS: Thirty-four different plants species belonging to 26 families were identified and collected from twelve respondents. 23 different prescriptions for the individual plant and in combination were recorded for their healing properties/use against 20 ailments. Only a few ailments such as severe stomach ache, cough, and gonorrhea use single plants.  All other plants are in two, three, or four combinations in their prescriptions. Although no reason for their different combinations could be properly ascertained, it was suggested and considered very effective due to their combined bioactive constituents responsible for the killing of various micro-organisms. An ailment with the highest numbers of a prescription includes infertility, Ulcer Typhoid and malaria and Anemia. These different plants were collected from different places. They were identified and authenticated at the National Institute for pharmaceutical research and development idu Abuja NIPRD herbarium. The herbarium number was assigned to each plant for proper future references.

Few of these numerous prescriptions, such as those for stomach ulcer, typhoid, malaria, Anemia, and cough, were recently tested at the cause of these studies and found to be very effective against the ailment. Table 1 summarizes the plant's botanical name, family, local names, common names, and parts use. Table 2 provides information about the enumeration of the recipe, preparation methods, and mode of administration in the treatment and management of different diseases in Oju L.G.A. of Benue State.

TABLE 1: PLANTS USED IN THE TREATMENT AND MANAGEMENT OF DIFFERENT DISEASES AND COMPLICATIONS (S) IN OJU L.G.A., BENUE STATE

TABLE 2: ENUMERATION OF RECIPE, MODE OF ADMINISTRATION, MODE OF PREPARATION USED IN THE TREATMENT AND MANAGEMENT OF DIFFERENT DISEASES IN OJU L.G.A. BENUE STATE

Ethno-medicinal Plants, Parts used Preparation and Mode of Administration: Consistent with this study, the informants claimed that year-round, shrubs, climbers and trees were commonly available and abundant and hence easy to obtain and withstand long dry seasons compared to other plant groups like herbs. In this study, different plants use information were documented with different parts used and different modes of preparation. In the different parts of the plants used, Ariel parts (50%) is the highest part used, the rest; leaves, bark, seed, root, and oil accounted for 26%, 9%, 6%, 6%, and 3% respectively, Fig. 2. Also in this study, remedy preparation from single plant parts accounted for 21%, and preparation from combined plant species was 79%. The most common mode of preparation was decoction (48%), followed by infusion (35%) and squeezing (17%), Fig. 3. The mode of administration is basically oral which is related to the use of solvent or additives (water, milk, and alcohol) that are commonly believed to serve as means to transport the remedies. The additives are very important as they improve the taste and enhance the remedies' efficacy and healing potential. 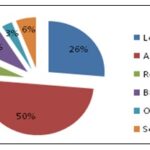 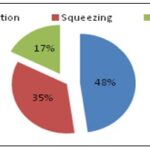 FIG. 3: METHODS OF PREPARATION WITH PERCENTAGE

DISCUSSION: These studies revealed that traditional medicine had a wide recognition, acceptability and is popularly used by the Igede speaking tribe of Oju local government area of Benue state Nigeria. This has been traced back as old as the history of the Igede people. According to the history of the practice of herbal medicine among Igede communities, almost all the people of Igede are known to have used these herbal medications in various prescriptions even for newly born babies. The efficacy and safety of these herbal remedies have always been confirmed to be very authentic in their applications. Cases of infertility gonorrhea, HIV, diabetes, typhoid, malaria, serious earache, flariasis, hypertension, chickenpox, miscarriages, poisons, skin infections, spider bite, chronic stomach ache has been reported to have been effectively managed and treated with herbal preparations among the people of Igede land. The practitioner were all unable to explain how they got these numerous and different prescriptions. Still, they could only ascertain that these medicinal plants were first introduced, used, and confirmed effective by their forefathers, through which some of them survived deadly diseases. Also, they could not explain or predicts why different combinations of the different plants are used. Therefore, this was suggested to be largely due to their different bioactive constituents, which can be more effective when combined. However, oral consumption of the prescribed remedies was only advised where extracts were either through decoction, infusion, or squeezing. In some cases and most commonly, dosages are usually two to three times a day. Depending on the kind of sickness, the duration of treatment is usually 2-5 days or until when the sickness totally disappears. The dosages may take the volume of 100-200 ml for two three times of administration, usually three times in a day for the morning, afternoon, and evening. Before the administration of these herbal remedies, good feeding is usually advised to avoid dizziness and drowsiness. However, it is beneficial, especially in primary health care to document explicit information about the medicinal plant against the fast disappearance of plants with healing potential through burning of bushes and forest and encourage ecological control, forest conservation, and drastic reduction of bush burning.

ACKNOWLEDGEMENT: I am grateful to all the respondents, mothers, traditional healers, and elders in Oju L.G.A of Benue State for their time and energy in providing us with this information and even collecting it the plant samples for this survey and documentation. I am also thankful to the entire department of medicinal plant research and Traditional Medicine of the National Institute for pharmaceutical research and development Idu Abuja, especially Dr. Mrs. Grace and Mr. Akim, for properly identifying the plant samples.