INTRODUCTION: Herbal drugs conjointly known as herbal therapy or phytomedicine - refers to mistreatment plant’s seeds, berries, roots leaves, bark, or flowers for medicative functions. Herbalism incorporates a long tradition of use outside of typical drugs. It’s changing into the most concern as enhancements in analysis and quality control along with advances in clinical research show the value of herbal drugs in treating and preventing disease effectively.

In some specific cases, comparable to antitumor and antimicrobial medicine, about 60 min of the medicines currently available in the market and most of those are within the late stages of clinical trials square measure derived from natural products, in the main from higher plants. Some synthetic medicine is used for anthelminthiasis like Albendazole, mebendazole, Abamectin, Thiabendazole, Niclosamide, and Fenbendazole 1.

Most of the marketed drugs have been effective in controlling the infection, but some drugs are not only expensive but also showing side effect. According to the World Health Organization (WHO), Due of poverty and deficiency to access modern medicines, about 70-85% of the world's population living in many developing countries depends on plants for primary health care and natural medicine except synthetic medicines. More than 80% of India’s 1.2 billion populations still use these natural systems of medicine. Infection with the parasitic worm is pathogenic for the human population. Some Immature parasites invade human beings via the skin or GIT and evolve into adult worms that have characteristics tissue pathogens. Helminths infections are found to be the most common infections in human population, affecting a large percentage worldwide. This infection increases the mortality and morbidity day by day. The helminths which infect the intestine are, e.g. Cestodes or Tapeworms, nematodes, e.g. hookworm, roundworms and trematodes or flukes. Human intestinal helminths are among the most common infections occurring worldwide.

These infections have been reported very low standard of sanitation, and between million to one billion people are identified to be infected early worldwide. There are many reports from Nigeria. To the best of our knowledge, no previous report on human intestinal helminthiasis 2. Parasitic diseases especially soil transmitted helminths infections have been identified as most public health problems in several developing countries- parasitic intestinal infections.

Intestinal parasitic diseases which are more common in Nigeria and Sudan have become high rates of morbidity in Nigerian, Sudan town and villages. Before the survey of Helminthes infection in the common population in Enugu in 2002. The prevalence rate of 30.9% 3. The sap of Azadirachta indica is indigenous or naturalized compound worldwide. It is particularly found in India, Pakistan, Bangladesh, Nepal, Myanmar, and Cambodia, where it is easily planted. It can grow and develops in almost all types of soils with light to heavy texture and acid to basic pH even on the poorest nutrients supply 4, 5. 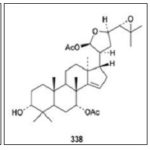 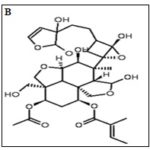 MATERIALS AND METHODS: Sap of Azadirachta indica was found and collected from a very old tree in May- Jun 2016, from Fattepur Village, Purushottampur Post, Chunar Taluka, Mirzapur District, Uttar Pradesh, with proper care and instructions to protect any adulteration.

Procedure: Two groups were selected as Group I and Group ΙΙ. In Group I Sap of Azadirachta indica, and in Group ΙΙ standard drug Albendazole was taken. Eight worms were selected in the above groups, and they were identified for their motility and responses, the paralysis time of worms was observed at certain time intervals. Death time was observed when the worms showed no response to the stimuli, the prick test (pricking the worm with the needle) was performed, and the hot water (40 °C) is poured on the worms which result in fading of their body color.

Anthelmintic Activity: 12, 14 Anthelmintic activity on the Indian earthworm (Pheretima posthuma) was identified by the sap of Azadirachta indica. The time of paralysis and time of death at respective volumes (5, 10, 20, 40 ml) and dilutions (5/15, 10/10, 15/5, 20/0 ml) [Sap of Azadirachta indica: water] was observed. The anthelmintic activity in all respective volumes was determined and the result was good than the standard drug.

RESULTS AND DISCUSSION: Indian adult earthworms (Pheretima posthuma) of uniform length (10-12 cm) were selected for the present study. These worms were grouped into two groups each containing eight worms in four different volumes (5, 10, 20, 40 ml) were studied with respect to the standard drug and reported in Table 1 and the dilutions (5/15, 10/10, 15/5, 20/0 ml) [Sap of Azadirachta indica: water] was studied with respect to the standard and reported in Table 2.

TABLE 2: ANTHELMINTIC ACTIVITY OF VARIOUS DILUTIONS OF AZADIRACHTA INDICA WITH WATER AND STANDARD