AZADIRACHTA INDICA AND ITS ANTIDIABETIC POTENTIAL – A REVIEW

AZADIRACHTA INDICA AND ITS ANTIDIABETIC POTENTIAL – A REVIEW

ABSTRACT: Diabetes mellitus (DM) is a serious metabolic disease which has several complications including diabetic nephropathy, coronary heart disease, and hypertension. It has been estimated that by the year 2010, the prevalence of DM worldwide will reach approximately 240 million. Despite considerable progress in the management of diabetes mellitus by synthetic drugs, the search for indigenous and diabetic agents continues. Natural product based compounds and there analogs thereof from various medicinal plants have provided numerous clinically useful drugs. In this review article, we mainly focused on neem (Azadirachta indica), the most useful traditional plant in India that has been explored towards an antidiabetic application.

INTRODUCTION: The phytochemicals identified from traditional medicinal plants are presenting an exciting opportunity for the development of new types of therapeutics 1. Many indigenous Indian medicinal plants have been reported by various researchers’ growth towards anti-diabetic applications 1. Many such oral hypoglycaemic agents are not very effective in lowering glucose in diabetic patients 2. Therefore, the search for effective drugs for the treatment of diabetes mellitus continues. Many ethnobotanical surveys on medicinal plants used by the local population have been performed in different parts of the world including Morocco, Saudi Arabia, Taiwan, Trinidad, and Tobago 3-8. Only a few reviews on plants have been screened for hypoglycemic activity in India 9-19. Anti-diabetic medicinal plants are in general known to exert their beneficial effects on diabetes via various modes and mechanisms.

Intervention with various plant extracts have shown evidence that the hitherto destroyed beta cells can be regenerated and in most cases, the partly non-destroyed cells protected from further degeneration by the activity of the extracts. For instance, a naturally occurring flavonoid-epicatechin 20, chard – Beta vulgaris L. varcida 21, silymarin 22, Terminalia catappa leaves 23, walnut leaves – Julgaris regia L.24 and Gymnema sylvestre 25, 26 used as traditional diabetes management and exert their antidiabetic action by regeneration of previously necrosed pancreatic beta cells, hence re-establishing insulin production. De Jussieu stated that the neem tree had been described as Azadirachta indica as early as 1830 and its taxonomic position are as follows:

Each part of the neem tree has some medicinal property and is thus commercially exploitable. Trees have been used as traditional medicine for a household remedy against various human ailments, from antiquity 27-32. During the last five decades, apart from the chemistry of the neem compounds, considerable progress has been achieved regarding the biological activity and medicinal applications of neem. It is now considered as a valuable source of unique natural products for the development of medicines against various diseases and also for the development of industrial products 33.

It has been extensively used in Ayurveda, Unani and homeopathic medicine and has become a cynosure of modern medicine. The importance of the neem tree has been recognized by the US National Academy of Sciences, which published a report in 1992 entitled “Neem – a tree for solving global problems.” The advancement of neem research has earlier been documented 34, 35.

Neem oil, bark and leaf extracts have been therapeutically used as folk medicine to control diseases like leprosy, intestinal helminthiasis, respiratory disorders, constipation, and skin infections 33. However, apart from these uses, there are several reports on the biological activities and pharmacological actions based on modern scientific investigations, such as antiviral 36, antibacterial 37, antifungal 38, anti-inflammatory and antipyretic 39, antiseptic, anti paralytic 40, antioxidant 41, 42, etc. According to Bnouham et al., plant products exploiting beta cell regenerative mechanism which is useful in the management of both type I and type II diabetes mellitus 26.

MATERIALS AND METHODS: Different methods for obtaining the extract from different parts of the neem.

Extract from Neem Leaves: Matured leaves Azadirachta indica (A. indica) were procured from the local market leaves were rinsed severally with clean tap water to remove dust particles and debris and thereafter allowed to drain completely and were dried in the shade. The plant materials of A. indica were chopped with a knife and one kilogram (1kg) with an electric blender in 1.95 liters of 80% (v/v) ethanol respectively. The mixtures were then allowed for 48 h in an oven at 40 °C for thorough extraction of the plant's active components. These were then filtered with cheesecloth and later with “Whatman no. 1” filter paper to obtain a homogenous filtrate. The filtrates were after that concentrated in vacuum at low temperature (37- 40 °C) to about one-tenth the original volume using a rotary evaporator. The concentrates were further allowed openly in a water bath (40°C) for complete dryness yielding 34.71g (3.471%) of brown oily substances for A. indica. The extracts were then refrigerated at 2- 8 °C until use 43.

The coarsely powdered leaf drug of Azadirachta indica about 200 gm was extracted with water (aqueous extraction) by continuous extraction method using Soxhlet apparatus. The aqueous extract was filtered and concentrated to a dry mass by using the oven. A greenish black color residue was obtained 44.  Fresh leaves of A. indica obtained from the local market were washed in tap water and then left to dry at room temperature for 2-3 days. The dried leaves were then ground to fine powder in a mixer. The dried leaf powder was then extracted with 95% ethanol using a Soxhlet apparatus for 15 h after filtration through cotton wool the filtrate was concentrated at 650 °C by a rotavapor. The concentrate was then freeze-dried to yield dried powder and was designated as A. indica leaf ethanol extract 41. Fresh matured leaves of A. indica were collected. Air-dried powder (1 kg) of A. indica leaves was extracted by percolation at room temperature with 70% ethanol. Leaf extract of A. indica was concentrated under reduced pressure (bath temperature 50 °C) and, finally, dried in a vacuum desiccator. The residue was dissolved in distilled water and filtered. The filtrate was evaporated to dryness. The dried mass was suitably diluted with normal saline and used in the experiments 44.

Extraction from Neem Bark: Air dried bark from full-grown Neem tree; devoid of external hardwood was used. It was cut into small pieces (2cm X 2cm) and 100 gm was soaked in 1 liter distilled water for 24 h at room temperature with occasional shaking. The brown-red extract, after filtration was lyophilized to yield 6g of dry powder. A measured amount of the powder was dissolved in distilled water at a suitable concentration before the experiment and centrifuged, if necessary 45.

Standardization of the Neem Bark Extract – Qualitative and Quantitative Aspects: An aliquot of an aqueous solution of the lyophilized powder of the neem bark extract after clarification was subjected to high-pressure liquid chromatography (HPLC). The major bioactive principle has been characterized to be phenolic glycoside in nature 46; qualitative and quantitative analyses of the bark extract were carried out concerning phenolics and carbohydrate content. Presence of phenolic compounds was identified by the blue color developed according to the method of Lowry et al., 47 and the quantity were determined using tyrosine as standard. Glycoside as carbohydrate was detected qualitatively by positive Molisch’s test 48 and quantities by a phenol-sulphuric acid method using glucose as standard 49.

Extraction from Seeds: Seeds of neem were procured from the local market and were dried in the shade. From the seeds, husks, and kernel were separated. Petroleum ether extracts (60-80 °C) were obtained using Soxhlet apparatus 44.

Antidiabetic Effect of Various Parts of Azadirachta indica: Item Justin Atangwho et al., in the year of 2010 reported that histological effect of combined extracts of Vernonia amygdalina (VA) and Azadirachta indica on normal and diabetic rats demonstrate a possible synergy in pancreatic islets cells regeneration as one of its anti-diabetic mechanisms, far and above single extracts of VA and A. indica and also protect against diabetes-induced liver damage. VA extracts could only cause a partial recovery in treated diabetic rats and even in non-diabetic rats caused features of mild injury, but not the case with A. indica extracts. This may imply that at certain concentrations and duration of treatment VA extracts might become toxic to the hepatocytes 50.

Junwani and Bhilai in the year of 2010 reported on a comparative study of Aloe, Kundru, and Neem as an antidiabetic agent. In this journal, it is mentioned that aqueous extracts of neem plant showed antihyperglycemic activity in streptozotocin-induced rats and this effect is because of the increase in glucose uptake and glycogen deposition in isolated rat hemidiaphragm 43.

Shraddha Bisht and S.S. Sisodia in the year of 2010 reported that the anti-hyperglycemic and anti-dyslipidemic potential of Azadirachta indica leaf extract in STZ- induced diabetes mellitus. In this, they mention a group who received an ethanolic extract of A.indica leaves showed a significant and continuous decrease in blood sugar level till the 90 min. When it was observed after 120 min, it was reached near about normal level. Evaluation of the ethanolic extract of A. indica leaves in normal glycemic and STZ–hyperglycemic rats indicated that the extract possessed hypoglycemic and antihyperglycemic activities 53.

S. Gupta et al., reported that Protective role of extracts of neem seeds in diabetes caused by streptozotocin in rats. STZ is a commonly employed compound for induction of type-1 diabetes. STZ causes diabetes by rapid depletion of β-cells which leads to a reduction in insulin release. Hyperglycemia causes oxidative damage by generation of ROS and the development of diabetic complications. Further, the STZ diabetic animals may exhibit most of the diabetic complications, namely, myocardial cardiovascular, gastro-intestinal, nervous, vas deferens, kidney, and urinary bladder dysfunctions. They concluded the results that petroleum ether extract of neem seed kernel (NSK) and neem seed husk (NSH) showed significant protection against the oxidative damage induced by STZ in heart and erythrocytes of rats. NSK and NSH may act as cardioprotective and free radical scavenger agent 54. 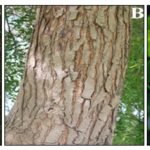 CONCLUSION: We conclude this review with some facts that neem i.e. Azadirachta indica have anti-diabetic activity with various possibilities of mechanisms. Neem leaves, bark, seed and seed husk, have shown very significant hypoglycemic activity. We can say that neem works as an anti-diabetic agent by lowering blood glucose level, by utilizing glucose peripherally or it may increase the release of insulin and also may inhibit proximal tubular reabsorption mechanism for glucose in the kidney. Neem is not only useful in treating diabetes, but also it shows good activity against diabetic complications. NSK and NSH may act as cardioprotective and free radical scavenger agent in case of a diabetic complication. Therefore, we should formulate neem leaf or seed powdered extracts as dosage forms to treat the diabetic patient. It will contribute a lot to the pharmaceutical field.