ABSTRACT: The present study was to analyze the occurrence of mycorrhizal diversity in 20 medicinal plants of Vriddhachalam, Cuddalore District, Tamil Nadu and to explore for structures correlated to the possible functional position of the symbiosis. Arbuscular mycorrhizal fungal colonization ranged from 24-81%. The highest infection was found in Justicia gendarussa and lowest in Naregamia alata. AM fungal spore population with a range of 140 to 620 in100 g of rhizosphere soils was detected. The maximum spore population was observed in the species, Maranta arundinaceae (620/100g of soil) and the minimum in Achyranthes aspera (140/100g of soil). The AMfungal species were isolated which belongs to four genera (Aculospora, Gigaspora, Glomus and Scutellospora) and among them, Glomus was dominant genera. The soil pH was also determined.

INTRODUCTION: The term “Mycorrhiza” is used to describe the symbiotic association between a fungus and a root of the higher plan. A mycorrhizal fungus infects the plant roots to form symbiotic associations whereby mycorrhizal diversity is important to maintaining the plant vigor and soil fertility. They play a crucial role in plant nutrient uptake, water relations, ecosystem establishment, plant diversity, and the productivity of plants. The AM Fungal interaction is the most common and widely occurring in the mycorrhizal symbiosis. The mycorrhizal fungal associated with more than 80% of plant species in the 90% of plant families. Mycorrhizal fungal colonization present in angiosperms, gymnosperms, pteridophytes, and some bryophytes.

In the mycorrhizal association commonly divided into ectomycorrhizas and endomycorrhizas, both are an important component of soil life and soil chemistry. AM fungal are the most important factor of rhizosphere microflora in the natural ecosystem and play a main role in the restoration of nutrient cycling in the local ecosystem. The major benefit of mycorrhiza is its greater soil exploration and increasing uptake of P, N, K, Zn, Cu, S, Fe, Mg, Ca and Mn. The induced disease resistance of plant by AM fungal has become a hot spot in the chemo-ecological study and biocontrol of plant disease. The AM Fungal colonization not only improved the growth bud also enhanced the active principle content of the medicinal plants.

Study Area: The study area Vriddhachalam located in the Cuddalore district of Tamil Nadu state in southern India. It is overlooking Karmangudi, Devangudi and Valliyamvellar River. The altitude of the Vriddhachalam ranges from 45 meters above the sea level. Vriddhachalam is located in the Karmangudi village at the latitude 11.46’ north and longitude 79.35’ east, about 21 km North of Uludurpet. The temperature of 260 to 350 and the average rainfall is 280mm.

Collection of the Samples: Collection of medicinal plants with their roots and soil was done in the study area from 2013 to 2014. After bringing these plants to Lab, the roots were separated and analyzed when fresh. Soil samples were collected, air-dried and then stored in plastic bags till processing. The host plants Identification was confirmed by Gamble. The pH of soil samples was determined (soil-water suspensions 1:5) with the help of pH meter (Elico).

Estimation of Root Colonization: The root samples were cleared and stained in trypan blue with a modified version of the Phillips and Hayman’s method. AM fungal colonization was visualized in the root tissue of each plant species by using frequency distribution method proposed by Biermann and Lindermann. Each root was divided into ten 1cm long segments, which were then cleared, stained and arranged on slides. The slides were observed under compound microscope toscore for any structures associated with mycorrhizal fungi like hyphae, vesicles or arbuscles in each segment. The percentage of AM fungal colonization was assessed by using the formula.

Spore Separation and Quantification: Separation of AM fungal spores from each plants rhizospheric soil was done by using wet sieving and decanting method proposed by Gerdemann and Nicolson from the 100gm of the soil sample. The soil sample was taken and mixed with 1:1 of Luke warm water in a large beaker until all the aggregates dispersed to leave a uniform suspension. The suspension that passed through 710 µm was decanted 425 µm, 250 µm, 150 µm, 75 µm, and 45 µm sieves consecutively.

The residues in the respective sieve were collected in Petri dishes with about 10-20 ml water observed under a dissecting microscope for AM fungal spores. Spore density was calculated by counting the spores in the 100 gm of soil sieve were collected in Petri dishes. Then the spores were separated using a glass pipette and segregated. The spore was mounted on clear glass slides using lactophenol or polyvinyl alcohol lactophenol (PVL), covered with coverslips and sealed with DPX medium.

RESULT AND DISCUSSION: Arbuscular Mycorrhizal Fungi have been described as keystone which mutualizes in the ecosystem due to their unique place at the root-soil interface. The present investigation is the first report for occurrence of Arbuscular mycorrhizal fungal diversity in some medicinal plant species of Vriddhachalam, Cuddalore district, Tamil Nadu were documented. The medicinal plant species along and with their AMF characterizations are noted in Table 1. AM Fungal colonization and diversity were noted in rhizosphere soil. The reported mycorrhiza increases the growth and yield of a medicinal plant.

The present result shows that all medicinal plants have rhizosphere soil spore density and root colonized. However, the AM Fungal status was surveyed in ten tuberous plants belonging to the seven families of Karmangudi in different seasons. The study shows mycorrhizal diversity less in summer, moderate in winter and high in the rainy season. Glomus species recorded as the dominant mycorrhizal genus. 30 AM fungal spores were isolated from the soil samples belongs to four genera Aculospora, Gigaspora, Glomus and Scutellospora are presented in Table 2.

The rhizosphere soil pH could have a major impact on diversity pattern of AM Fungal in natural ecosystem and agricultural ecosystem. As a result, the rhizosphere soil confirmed the properties of soil were almost normal and pH in between 5.3-6.9. The highest spore population was recorded in the plant species of Maranta arundinaceae (620/100g of soil) belongs to the family Marantaceae. The lowest spore population in Achyranthes aspera (140/100g of soil) belongs to the family Amaranthaceae. The spore density was in between 15 to 520 in 100g of soil. The major population was Glomus species followed by Aculospora, Gigospora, and Sctellospora.

The mycorrhizal association changed among various plant species, and there was a significant difference in root colonization. In our study, the maximum root infection was observed that Justicia gendarussa (81%) belongs to the family Acanthaceae and lowest root infection was recorded in Abrus precatorius (26%) belongs to the family Fabaceae. This may be due to the toxic fungal present in root tissue that reduces the mycorrhizal association.

The major infection reported in Tinospora cordiflioa (92%) followed by a minimum in Annona reticulate (57.33%). Totally five genera of AMF were noted in that dominant was Glomus species. This is similar to our investigation Glomus species as a major impact on the host plants even under any environmental condition as are presented climatic and chemical factors in our study area. 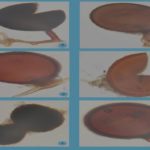 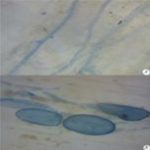 FIG. 2: A- AND B- AM FUNGAL ROOT COLONIZATION

CONCLUSION: The present study confirms the occurrence of AM Fungal in the medicinal plants of Vriddhachalam, Cuddalore District, Tamil Nadu. The mycorrhizal fungal are a major impact on the host plants even under any environmental condition and most important in this biodiversity. Appropriate strategies can be drawn for the artificial inoculation of one or some of these indigenous AM fungal, which would make the reestablishment and regeneration attempt ecologically and economically viable in such constrained ecosystems. These approaches will increase our scope to manipulate the symbiosis in conservation schemes.