ABSTRACT: An intensive phytochemical study of the two parts of the Piper caldense plant brings the isolation of secondary metabolites, generated by shikimate and the mevalonate pathways. Using chromatographic techniques, the ethanolic extract of leaves afforded two pheophytyns, the pheophytin (1), 151-hydroxy-pophyrinlactone a (2), a mixture of the β-sitosterol and stigmasterol steroids (3-4). Four derivatives of benzoic acid (5-8) and the trilinoein (9) were isolated from the fruits. The spectroscopic methods such as 1H and 13C Nuclear Magnetic Resonance (NMR) and electrospray mass spectrometry (ESI-MS) were used for structural characterization. The compounds were screened for their in-vitro antifungal activity against seven Candida strains. The control used in the antifungal assays was nystatin. In general, three compounds revealed fungal sensitivity, especially, the prenylated benzoic acid derivative (6) which accomplished the lowest minimum inhibitory concentration (MIC).

INTRODUCTION: The Piper Linn. gender comprises at least 1000 species and is the major gender of the Piperaceae family which have become source of specific classes of secondary metabolites with outstanding biological activities, including amides 1, 2, 3, 4 flavonoids 5, aristolactams 6, 7, 8, 9 propenylphenoles, terpenes, phenylalcaloids and benzoic acid derivatives 10, 11, 12, 13. The specie Piper caldense C. DC., popular known as “d’arda pepper,” is used in the state of Paraíba, Brazil, as sedative, antidote for snakebites and toothaches, as well as plaster on the affected area for pain relief 8.

We report herein the isolation of natural compounds Piper caldense and the development of an antifungal study with these metabolites.  These biocompounds were isolated from plant’s leaves and fruits and some of these chemical structures showed antimicrobial activity. All structures are shown on Fig. 1.

General Chemical Procedures and Instrumentation: The isolation and purification of the compounds were performed by chromatography column using gel silica 60 and Sephadex LH-20 (ART. 7734 Merck, Saint Louis, USA). It also used a medium pressure column in Pump Module C-605 equipment (Buchi, São Paulo, Brazil) with flash gel silica 60 (Merck, 230 - 400 mesh) as the stationary phase. The compounds were monitored by Thin Layer Chromatography (TLC) on silica gel aluminium plates 60 F254 (Merck), using ultraviolet light at two wavelengths (254 and 365 nm) from Mineralight apparatus (UVP, Upland, CA, USA) for detection. 1H and 13C NMR spectra were obtained in a Varian System machine (Palo Alto, USA) with 200 MHz and 500 MHz, using deuterated chloroform (CDCl3) as a solvent. Measurements of atomic mass for the compounds was carried out using a high-resolution mass spectrometer with ESI detector (Bruker, Massachusetts, EUA). The spectra were acquired in the detection mode of positive and negative ions, with the m/z range from 70 to 100.

Plant Material Treatment: The leaves and fruits of the Piper caldense C.DC (Piperaceae) were collected in Santa Rita-PB County, near the stream of the São João plant. The botanical identification was made by Maria de Fátima Agra, from PgPNSB/CCS/UFPB. A voucher specimen is archived in the herbarium Prof. LauroPires Xavier (CCEN/UFPB) with code Agra 20.311 ID.

Isolation of Chemical Constituents: The Piper caldense C. DC leaves were dehydrated in a stove with circulating air, at 40 ºC for 96 h. Then the 0,282 kg of powder was macerated in EtOH 95% for 72 h, yielding 50 g of crude ethanolic extract (EE). The EE was submitted to medium pressure chromatography with normal silica gel eluted with Hexane (Hex), ethyl acetate (AcOEt) and methanol (MeOH) as eluent and binary mixtures with increasing gradient polarity. Eight fractions were obtained and submitted to a chromatographic separations silica gel column.

Microbiological Strains: The microorganisms used in microbiological tests were strains of Candida albicans (ATCC 76645, LM-86 and LM- 111), C. krusei (ATCC-13803 and LM-18) and C. tropicalis (LM-08 and LM-13). The strains were respectively acquired from the Adolfo Lutz Institute in São Paulo (Brazil), and the Federal University Pharmaceutical Science Mycology Laboratories of São Paulo and Paraiba.

The yeast strains were maintained in an appropriate medium of sabouraud dextrose broth-SDB prepared and used according to manufacturer’s instructions (Difco Laboratories, Maryland, USA), and stored at 4 °C and 35 °C. The microorganism suspension was prepared according to McFarland tube 0.5 and adjusted using a spectrophotometer (Leitz-Photometer 340-800, Ernst Leitz, Wetzlar, Germany) at 90% T (530 nm) corresponding to approximately 106 CFU mL−1 [NCCLS, 2003; Hadacek, 2000; Eloff, 1978].

Determination of MIC: The MIC values were determined by the microdilution method using 96 well as “U” shaped microplates in duplicate. At each well of the plate, 100 µL of twice concentrated SDB liquid medium was added. Then, 100 mL of product solution (also doubly concentrated) was placed in the first row of plate wells. Through serial dilution (ratio of two), the concentrations of 1024 µg/mL to 16 µg/mL were obtained, such that in the first line of the plate was the highest concentration and at the latter were the lower concentrations. Finally, 10 µL of inoculum was added to the wells in each plate column that specifically referred to a strain. The same was also done in the culture medium with the fungal drug nystatin (100 IU).

The plates were incubated at 37 °C for 24 - 48 h. For each strain, the MIC was defined as the smallest concentration capable of inhibiting fungal growth in the wells as visually observed compared with the control. All tests were performed in duplicate, and the results were expressed as a geometric mean of the MIC values obtained in both tests. The antifungal activity of the products was interpreted, and considered active or not, according to the following parameters: 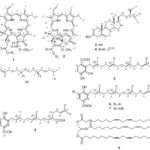 FIG. 1: CHEMICAL CONSTITUENTS ISOLATED FROM ETHANOLIC EXTRACT OF THE LEAVES AND THE HEXANE AND DICHLOROMETHANE EXTRACTS OF THE FRUITS OF PIPER CALDENSE C.DC. (A) PHYTYL CHAI

Chemistry: This study reports the isolation of two 151-hydroxi-porphyrin lactone (1) and pheophytin (2); a mixture of steroids: β-sitosterol (3) and stigmasterol (4); and, four prenylated derivatives of the benzoic acid (6 - 8) and also trilinoein (9). The structures of the compounds (1-9) were elucidated by 1H-NMR, 13C-NMR, HMQC, and HMBC spectra and their molecular formulas were established by ESI-MS and based on literature data 11, 12, 13, 14, 15, 16, 17, 18, 19, 20, 21. The estimated purity values of compounds were at 92% - 96% calculated by 1H-NMR data 22. These natural constituents have been already reported in other botanic species of the Piper gender, such as the caldesinic acid (6) which has been isolated from aerial parts of Piper carniconnectivum 23 and from the Piper caldense C. DC. leaves 24.

In the antifungal activity study, all compounds (1-9) were evaluated against Candida strains. The technique used was broth microdilution according to protocols 25, 26, using strains of Candida.

The control medium result showed no fungal growth, while the growth of fungi in the medium without any added drug (sterile control) was detected. The results are shown in Table 1. The MICs of the compounds were significantly different, ranging from 32 to 1024 μg.mL-1. The compounds which showed no inhibitory activity above 1024 μg.mL-1 were considered insignificant.

+Growth of the microorganism; bMIC defined as the lowest concentration that produced 50% reduction infungal cell growth after 24 h of incubation

The pheophytin (1) inhibited the growth of five of eight (62.5% strains of Candida tested), and its smallest MIC was 32 µg.mL-1 to C. albicans ATCC-76645 similar to previous report 17. The second pheophytin (2) hasn’t inhibited any fungal strain, suggesting the porphyrinolactone ring decreases the inhibitory action in a pheophytin structure. The prenylated compounds 5 and 6 also inhibited the growth of 62.5% strains of Candida, and their smallest MIC was 32 µg/ml according to standard parameters 9, 10.

CONCLUSION: The study of leaves and fruits from the Piper caldense C. DC. (Piperaceae), manipulating usual chromatographic methods and spectroscopic techniques, have archived the isolation of nine natural compounds. Considering that investigation of fruits of the Piper caldense C.DC. is described for the first time in literature, a variety of structural compounds were isolated as two phfeophytins (1-2) and a mixture of steroids (3-4) from leaves. From the fruits of this Piper species were isolated five prenylated derivatives from the benzoic acid (5-8) and a one triglyceride (9). The compound 2 is reported in the Piperaceae family for the first time. In addition, pheophytin (1) and three prenylated compounds (5 and 6) exhibited significant antimicrobial activity against all yeasts tested.

Those results contributed to the chemotaxonomic of the Piper L. gender and of the investigated botanic specimen since there are few reports of studies with the Piper caldense C. DC.

ACKNOWLEDGEMENT: Authors are thankful to Universidade Federal da Paraíba. This work was supported by the following Brazilian agencies: CNPq and CAPES.

CONFLICT OF INTEREST: The authors declare no conflict of interest.