ABSTRACT: Stereospermum kunthianum Cham. is a small, to medium-sized tree, sometimes only a small shrub. Bark grey, smooth, sometimes flaking, revealing pale under bark. In Senegal this plant is used in traditional medicine against gastritis, asthenia, respiratory diseases but also as a wound healing. The present study was taken up to research an anti-bacterial activity in the trunk bark hydro-ethanolic extract and its fractions obtained by using different solvents. Extract and fractions were tested on clinical strains and reference strains of four bacteria: Escherichia coli, Pseudomonas aeruginosa, Staphylococcus aureus, and Enterococcus faecalis. The methods of diffusion in agar medium and micro-dilution in liquid medium were used. The results showed that on clinical strains, the lowest Minimum Inhibitory Concentration: MIC (0.156 mg/ml) was observed with the hydro-ethanolic extract and its aqueous fraction on Pseudomonas aeruginosa. With regard to the reference strains, the best activity was noted with the aqueous fraction with a MIC of 2.5 mg/ml on the Pseudomonas aeruginosa strain ATCC 27853. However, the standard antibiotics used are more effective than the extract and its fractions.

INTRODUCTION: Over the past few decades, we have seen a worrying increase in antibiotic resistance 1. The antibiotic resistance crisis has been attributed to the overuse and misuse of these medications, as well as a lack of new drug development by the pharmaceutical industry due to reduced economic incentives and challenging regulatory requirements 2, 3, 4.

Faced with this situation, the search for new antibiotic molecules is now more than necessary. The use of plant extracts and phytochemicals, both with known antimicrobial properties, can be of great significance in therapeutic treatments. These products are known by their active substances, for example, the phenolic compounds as well as in tannin 5.

Stereospermum kunthianum is used in local medicine practices to treat gastritis, asthenia, respiratory diseases but also as a wound healing 6. The stem bark decoction or infusion is used to cure bronchitis, pneumonia, coughs, rheumatic arthritis, and dysentery 7. Biological investigations have shown that S. kunthianum extracts possess antibacterial 8, 9, anti-inflammatory 10, anti-convulsant 11, antihelmintic 12, antidiarrhoeal 13 and analgesic 14 and wound healing 15 activities. The study is focused on the trunk bark, which is the most used part of the plant in Ferlo (Senegal). The aim of this study is to explore in-vitro the bacterial inhibitory activities of the trunk bark hydro-ethanolic extract and its fractions.

Plant Material: The trunk bark of SK was collected from Widou in the municipality of Téssékéré (Louga, Senegal)in March 2019. The plant has been identified at the Pharmacognosy and Botany Laboratory of the Faculty of Medicine, Pharmacy and Odontology (FMPO) of Cheikh Anta Diop University in Dakar, and a voucher specimen (n° 1410) was deposited in the herbarium of the same institute (FMPO) for future reference. The bark (1 kg) was dried out of sun exposition for fifty days at room temperature, then pulverized using a Brabender-type electric grinder.

Biological Support: The study of the antibacterial activity was carried out using as reference strains: Escherichia coli ATCC 35218, Pseudomonas aeruginosa ATCC 27853, Staphylococcus aureus ATCC 29213, and Enterococcus faecalis ATCC 29212. The activity has also been investigated on clinical strains of the same species except for E. faecalis. The choice of these bacteria is motivated by the fact that they represent the Gram-positive and Gram-negative species most commonly responsible for nosocomial infections and resistance to antibiotics.

Culture Media: - Nutrient agar for the isolation and maintenance of bacterial strains; - Mueller-Hinton agar for studying the sensitivity of bacteria to the extract and its different fractions.

Antibiotics: Two different antibiotics were used as reference: ofloxacin (OFX) and Ceftazidime (CAZ). The choice was made according to the availability of the products.

Preparation of Plant Extracts: The plant extracts were prepared at the Pharmacognosy and Botany Laboratory of the Sarr et al.; APRJ, 7(1): 1-9, 2021; Article no.APRJ.63347 3 Faculty of Medicine, Pharmacy and Odontology (FMPO) of Cheikh Anta Diop University in Dakar. The extraction was done by decoction under reflux of 50 g of trunk bark powder in 500 ml of an ethanol/water mixture (80-20; v/v) for 30 minutes. The pumice stone was added to stabilize the boiling. After filtration, the solution was concentrated using a rotary evaporator at 70 °C. The result was a pasty extract that was dried in a desiccator. The dry extract thus obtained constitutes the hydro-ethanolic extract (EHE).

Fractionation: The fractionation of the hydro-ethanolic extract (EHE) was carried out using a 1000 ml separating funnel with solvents of increasing polarity. Thus, a quantity of 2.5 g of dry extract was dissolved in 300 ml of distilled water and then introduced into a separating funnel. This solution is subsequently exhausted three times with 300 ml of dichloromethane. The dichloromethane phases thus obtained are combined and evaporated to dryness to give the dichloromethane fraction (DF). The aqueous phase was subsequently treated in the same manner as previously with ethyl acetate and then with butanol to give the ethyl acetate (EAF), butanol (BF), and aqueous fractions (AF), respectively.

Screening for the antimicrobial Potential: The extract and its fractions obtained above were screened for their antibacterial activity in comparison with two standard antibiotics: ofloxacin (OFX) and Ceftazidime (CAZ) in-vitro by Kirby Bauer method on Muller Hinton media 16. After inoculation, cylinders were placed in the agar, keeping a distance of 30 mm between them. These cylinders thus placed were filled with extract of the plant (EHE) and its fractions (DF, EAF, BF, AF) or standard solutions (OFX and CAZ) before the petri dishes were incubated at 37 ° C in an oven for 24 h. The concentration of the samples introduced into the cylinders was 10 mg/ml. At the end of the incubation, the results were recorded by measuring the zone of growth inhibition surrounding the cylinder.

Determination of MICs by the Dilution Method: The Minimum Inhibitory Concentration (MIC) was determined based on standard procedures and cited literature 17, 18 by using 96-well micro-plates. Thus, from an initial concentration of 10 mg/ml for each sample, a series of ½ dilutions was carried out. The range of final concentrations obtained corresponds to 10 - 5 - 2.5 - 1.25 - 0.625 - 0.312 - 0.156 - 0.078 - 0.039 and 0.019 mg/ml. The extract and its fractions antibacterial activity testing was done by incubating the micro-plates with inoculums containing 0.1 ml of microbial cell at 37 °C for 24 h. The smallest concentration that inhibited the growth of the test bacteria was considered as MIC of the sample.

Statistical Analysis: The statistical analysis were done by Stat view 4.5 software using the Fischer test. The difference was considered significant when p<0.05 compared to the negative control.

Extraction and Fractionation: After extraction of 50 g of S. kunthianum bark powder, a dry extract weighing 10.135 g was obtained, giving a yield of 20.27%. The weights and yields of the fractions from the dry extract are given in Table 1.

Sensitivity Test: The results of the bacterial sensitivity tests are mentioned in Table 2. The bacteriostatic action results in the appearance of a zone of inhibition around the cylinder filled with extract or fraction studied.

The inhibition diameter zone differs from bacteria to bacteria and from extract to extract. As stated in literature 19, we considered that an extract has bacteriostatic action if its inhibition diameter is greater than 8 mm. However, all of them achieved a relatively smaller zone of inhibition against isolated bacteria than the standard antibiotics used in this present study.

TABLE 2: INHIBITION ZONE DIAMETERS OF THE HEE AND IS FRACTIONS IN MM

-: no actibacterial activity      NT: not tested 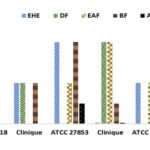 FIG. 1: MICS OF THE TEST EXTRACT AND ITS FRACTIONS AGAINST DIFFERENT BACTERIAL SPECIES

DISCUSSION: The bioactivity of plant extracts is attributed to phytochemical constituents. For instance, plant-rich in phenolic compounds have antibacterial potential 20, 21, 22. Alkaloids are also known to have antimicrobial properties 23.

Phytochemical studies carried out on the extracts, and its fractions revealed the presence of several chemical families. The polar samples (HEE, EAF, BF and AF) contained mainly tannins, flavonoids and saponins. Sterols and triterpenes were found in the apolar fraction of dichloromethane. Alkaloids were found in EHE and FA 24. This study showed the highest inhibition against P. aeruginosa with the EHE and the AF, which are polar samples.

Except AF, the EHE is more effective than all its fractions. Therefore, fractionation of the EHE results in fractions that are less effective or have no activity. This means that there is a synergy of action at the level of the molecules present in the EHE. The highest antibacterial activity noted for the EHE and the AF against bacteria, in particular P. aeruginosa would probably be linked to the synergistic action of two different groups of chemical compounds (phenolics compounds and alkaloids), which are both identified only in these two samples 24. The antibacterial activity of S. K was documented 25, 26. An ethanolic stem-bark extract showed a similar MIC (0.1565 mg/ml) than the EHE against P. aeruginisa. An ethereal leaves extract compared to our apolar fraction (DF) showed more efficiency against S. aureus (MIC of 2.09 mg/ml vs. 10 mg/ml respectively) and closer results against E. coli (8.30 vs. 5 mg/ml). Thus, the use of leaves instead of bark could be considered to protect the species.

However, all samples achieved smaller inhibition zones against tested bacteria than antibiotics standard used this study. We can also noted that E. faecalis is resistant to the extract and all its fractions.

CONCLUSION: Medicinal plants have always been a reliable source of active ingredients known for their therapeutic and antibacterial properties in particular. In this presented study, we were interested in studying the antibacterial effect of a hydro-ethanolic extract and its dichlorometanic, acetalic, butanolic, and residual aqueous fractions. EHE exhibits better antibacterial activity than its fractions. The aqueous fraction was found to be more active than the other fractions on the bacteria used. Prospects for studies may be directed towards studying the antioxidant activity of the extract and its fractions.

ACKNOWLEDGEMENT: We wish to acknowledge the contribution of Aristide Le Dantec Hospital Dakar, for providing the facilities for conducting the research.

CONFLICTS OF INTEREST: Authors have declared that no competing interests exist.