INTRODUCTION: About eight million tonnes wet seaweeds are harvested annually worldwide, and stranded seaweed on the beach constitute a considerable part of it 1. Currently, human consumption of green algae (5%), brown algae (66.5%) and red algae (33%) of high in Asia, mainly Japan, China, and Korea 2. The different species consumed presently a great nutritional value as a source of proteins, carbohydrates, minerals, and vitamins. These seaweeds are harvested and utilized for a variety of purposes such as feed, fertilizer and as a source of raw material for industrial production of phytochemical of commercial importance 3. Many compounds in nature can inhibit the growth of microorganisms.

However, microorganisms have developed resistance to these natural compounds and microbiologists are forced to continue their search for naturally occurring antimicrobial compounds. The marine environment provides a unique and still largely unexploited source of novel bioactive compounds in the form of secondary metabolites 4. The algal extracts were used as a curative and preventive agent for various diseases such as antibiotics, antihelminthics, and cough remedies, antitumor and antidiarrhoea. Recently, we have embarked on the chemical investigation of marine algae with a special accent on their bioactive properties 5. Thus, the present study aims at the macroalgae Amphiroa ancepsusing three solvent extracts for preliminary detection of various phytochemical analysis and antibacterial studies.

Collection of Macroalgae: The macro algae Amphiroa anceps was collected from Chagkumugam coast. The macroalgae were cleaned with seawater three times and then successively with tap water and distilled water to remove the epiphytes and other wastes. Finally, these cleaned fresh materials were cut into small pieces and spread on blotting paper to remove excess water.

Solvent Extraction: The samples were shade dried for one month and then pulverized into a fine powder using mixer and grinder. Soxhlet extraction techniques did the extraction. Three different solvents like aqueous, methanol and ethyl acetate were selected for the phytochemical analysis. The extracts were evaporated to complete dryness by Vaccum distillation and stored in the refrigerator for further use.

Phytochemical Screening: All the extracts of macroalgae were subjected to various tests for the identification of phytochemicals such as Saponins, Glycosides, Steroids, Tannins, Phenol, Protein, Alkaloids, Flavonoids, Terpenoids and Amino acids, by using standard methods.

The cultures to be screened were swabbed on top of the solidified media. Discs impregnated with the seaweed extract were placed on the swabbed plate. The plates were incubated at 37 ºC for 24 h. After incubation, the inhibition zone has measured the edge of the disc to the clear zone in millimeter.

DISCUSSIONS: The seaweeds are economically valuable resources, used as food, fodder, fertilizer, and medicine and thus useful to mankind in many ways. The brown algae Sargassum wightii showed the maximum presence of steroids in methanol, acetone, benzene, and chloroform extracts and flavonoids showed the presence of methanol, benzene, and chloroform extracts.

The present work correlated with the findings of Marimuthu et al., in Sargassum wightii. The extracts of the test marine algae expect Clostridium officinalis showed the lowest inhibition against Staphylococcus aureus and highest inhibition activity among all the extracts was shown to Enterobacter aerogenes 9.

TABLE 1: THE PHYTOCHEMICAL ANALYSIS OF VARIOUS EXTRACTS IN AMPHIROA ANCEPS 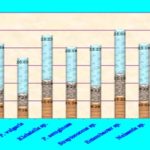 CONCLUSION: These results indicate the phytochemical and antibacterial activity of different solvent extracts. The highest zone of inhibition was recorded in ethyl acetate extract of the Amphiroa ance against the bacteria Enterobacter sp. The lowest activity was showed Proteus vulgaris. Further work is needed to identify the principle compound which is responsible for macroalgal extracts of antibacterial activity against pathogenic bacteria causing the human disease.