ABSTRACT: The Siddha System of Medicine (Traditional Tamil System of medicine), which has been most prevalent in the ancient Tamil land, is the foremost of all other medical systems in the world. Since, ancient times, several diseases have been treated by administration of plant extracts based on traditional medicine. Plants are the only economic source of some well established and important drugs. Indian Materia Medica includes about 2000 drugs of natural origin. The National Siddha Formulary of India lists more than 10000 well practiced Siddha formulations described in Gunavagadam (Siddha pharmacology). Cyperus rotundus Linn. belongs to the family Cyperaceae. It is the world worst weed native to India. It has a wide range of medicinal and pharmacological applications. According to the Siddha, C. rotundus rhizomes are considered astringent, diaphoretic, diuretic, analgesic, antispasmodic, aromatic, carminative, anti-tussive, emmenagogue, litholytic, sedative, stimulant, stomachic, vermifuge, tonic and antibacterial. This paper provides a review of medicinal uses and various updated pharmacological properties of C. rotundus rhizome. The update is essential for developing the traditional system.

INTRODUCTION: The Siddha System of Medicine (Traditional Tamil System of medicine), which has been most prevalent in the ancient Tamil land, is the foremost of all other medical systems in the world 1. Siddha medicine has demonstrated path with a record of 10000 years and forms part of the Health Service, existing alongside conventional medicine 2. Medicinal plants are part and parcel of human society to combat diseases, from the dawn of civilization 3.

According to the World Health Organization, 2003 about 80 % of the population of developing countries being unable to afford pharmaceutical drugs rely on traditional medicines, mainly plant-based; to sustain their primary health care needs 4. Herbal medicines are in great demand in the developed as well as developing countries for primary healthcare because of their wide biological and medicinal activities, higher safety margins and lesser costs 5. Also, they are also the source of chemical intermediates needs for the production of some drugs 6.

One of the prominent Siddha herb ‘Korai’ (Cyperus rotundus Linn.) has a number of pharmacological and biological activities including anti-Candida, anti-inflammatory, anti-diabetic, anti-diarrhoeal, cytoprotective, antimutagenic, antibacterial, and antioxidant, activities and  it has some important  phytochemicals like, flavanol, glycoside, saponin, phenol, terpenoids cardiac glycosides 7, 8.

This medicinal plant is also reported to be effective as attenuate antidyspeptic, aromatic, nervine ionic; alternative, diuretic, astringent in Siddha literatures 9. The rhizomes are initially white and fleshy with scaly leaves and then become fibrous, wiry, and very dark brown with age. C. rotundus is reportedly native to India, but it has been introduced around the World 10, 11, 12. Traditional Healers used its knotted tubers of black color for the cure of fever, diarrhea, dysentery, dyspepsia, anorexia, loss of appetite, vomiting, cholera, liver dysfunctions, and brain debility 13.

The tuber part of C. rotundus is one of the oldest known medicinal plants used for the treatment of dysmenorrheal and menstrual irregularities. Infusion of this herb has been used in pain, fever, diarrhea, dysentery, an emmenagogue, and other intestinal problems 14, 15, 16. The present attempt is to review and compile updated information on various aspects of C. rotundus Linn. (Family: Cyperaceae). A plant used all over the world. This plant is commonly known as Nut Grass and abundantly available in tropical and subtropical areas. The ancient history of India describes its diverse uses and also plays an appreciable role in Siddha.

Botanical Description: It is a perennial shrub that attains a height of up to 40 cm. It has a dark green thin stem and the leaves are long and sharp, with a width of 1/6 to 1/3 inch. While the flower stem has a triangular cross-section, the flower is 2 to 8 inch in length, has three-stamina and a three-stigma carpel. It is also bisexual. The plant bears flowers in summer and fruits in winter. It has tuberous roots or rhizomes that are fragrant. A perennial, stoloniferous, rhizomatous, halophytic sedge. Rhizome many, slender; tuber-white, succulent when young, hard and black when mature; stem-leafy at base arising from a tuber. Culm-dark green, glabrous. Leaf dark green above, with reddish brown sheaths, clustered at the base of the stem. Inflorescence 3-9 is spreading rays bearing tassels of few, large spikelets; spikelet 20-40 flowered, red-brown to almost black. Fruit oblong ovate 19.

Plant Chemicals: Several chemical compounds have been isolated from world's worst weed C. rotundus 20, and some of these chemicals possess medicinal properties and are used in Latin America, China, India and elsewhere 21, 22, 23. Various preparations of C. rotundus have been used for centuries in perfumes, spices and traditional medicines in India, China, Arab and Africa. 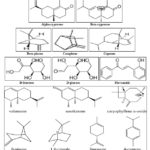 Preparation of Specimens: 66 The healthy rhizome was cut and removed from the plant and fixed in FAA (formalin - 5ml + acetic acid - 5ml + 70% ethyl alcohol - 90ml). After 24 h of fixing, the specimens were dehydrated as per schedule. Infiltration of the specimens was carried by gradual addition of paraffin wax (melting point 58-60 °C) until tertiary-butyl alcohol solution attained supersaturation.

The specimens were cast into paraffin blocks. The paraffin-embedded specimens were sectioned with the help of Rotary Microtome 67. Dewaxing of the sections was carried out by standard procedure and stained the method published by O’Brien et al., 68. The photographs were taken through the microscope.

Fluorescence Analysis: The petroleum ether, n-hexane, acetone, alcohol and aqueous extracts and the powder samples of rhizomes of C. rotundus Linn. were subjected to fluorescence analysis as per Chase and Pratt 72.

Phytochemical Screening: The extracts prepared for the study were subjected to preliminary phytochemical screening by using different reagents for identifying the presence of various phytoconstituents like steroids, phenolic compounds, flavonoids, glycosides, saponins, triterpenoids, alkaloids, anthraquinones, tannins, quinines coumarins and reducing sugars. The above phytoconstituents were tested as per the standard methods 73, 74. 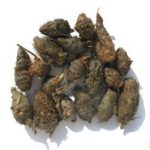 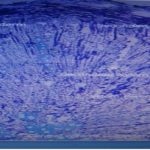 CONCLUSION: The widespread survey of literature exposed that Siddha herb Cyperus rotundus Linn. is highly regarded as a universal solution in the herbal medicine with diverse pharmacological activity range. This Siddha medicinal plant is the unique resource of various types of chemical compounds, which are responsible for the various activities of the plant. Hence extensive investigation is needed to develop their therapeutic utility to fighting diseases. As the global scenario is now altering towards the use of non-toxic plant products having traditional medicinal use, development of modern drugs from C. rotundus should be emphasized for the organizing of various diseases. Further, evaluation needs to be carried out on C. rotundus Linn. to discover the concealed areas and their practical clinical applications, which can be used for the benefit of mankind.