ABSTRACT: Siddha system is one of the oldest and most ancient traditional prevailing medicinal systems in India especially in our south India. In our system, first preference is given for plant-based medicine. Plant-derived drugs have been a part of the evolution of human health care for thousands of years in India. Elathi kuligai is prepared as per classical Siddha textbook for the respiratory problem in the pediatric age group. It is a poly herbal drug preparation. Before conducting a clinical trial, the preclinical study should be undergone as per WHO guidelines. The present preclinical study aim is to carry out the safety and toxicity of Elathi kuligai . Male and female Wistar rats of age 6 – 8 weeks old. Weighing 220–240 gm was used for this study. Acute and Sub-acute toxicity were carried out as per OECD guidelines 423 and 407. Hematological parameters, biochemical parameters, histopathological study were performed for all animals. The study concludes that on oral administration of dose level of 200mg/kg and 400 mg/kg of body weight of Elathi kuligai to Wistar rats, there was no characteristic clinical sign of toxicity or mortality or produce severe toxicological effects on selected body organs, biochemical indices and hematological and histopathological markers of rats during the sub-acute periods of study was observed.

INTRODUCTION: Bronchitis is characterized by the development of cough or small sensation in the back of the throat with or without production of sputum, mucus that is expectorant or coughed up from the RT 1. Bronchitis refers to nonspecific bronchial inflammation and is associated with some childhood condition, acute bronchitis is a syndrome, usually viral in origin, with cough as a prominent feature 2. Bronchitis is a major health issue in many developing and developed countries. Bronchitis, both acute and chronic is prevalent throughout the world and is one of the top five reasons for childhood physician visits in countries.

Bronchitis occurs most commonly in children younger than 2 years with another peak seen in children aged 9-15 years 3. Bronchitis is inflammation of the bronchial airway. In children, bronchitis caused by viral (90%) and bacterial (10%) infection. virus-like rhinovirus, coronavirus, influenza, a & b parainfluenza, adenovirus, or less often by mycoplasmo pneumonia, Chlamydia, streptococci. Noninfectious inflammation of the bronchi caused by physical and chemical irritants such as inhale dust, pollen grain organic substance 4, 9.

In the Siddha textbook,8 is said that dry or productive cough with expectoration wheeze, malaise, fever, constipation, URTI like nasopharyngitis, rhinitis sore throat are the symptoms of Kabasuram. Kabasuram shows symptoms similar to bronchitis is specifically taken for the dissertation, which is a respiratory disease encountered by a large population of children today and limit their daily activities.

Apart from lifestyle recommendations which will balance kabakuttram. Several herbs are useful for controlling the symptoms of bronchitis. Before the initiation of the human trial the safety of the drug is to be proved 5. A preclinical study is important for determining a safe dose for human trial 6. The present preclinical study aimed at evaluating the acute and sub-acute toxicity of Elathi kuligai. This study provides vital information about the efficacy and safety of Elathi kuligai.

The purified raw drugs are made into fine powder; then it is ground in Kalvam with sugarcane juice after that makes it as 370 mg pills and dry. The trial drug Elathi kuligai is stored in a clean, dry airtight container and it is dispensed to the patients in packets.

Chemicals, Reagents and Animals: All chemicals and reagents were obtained from Sigma chemicals Ltd, USA. All other reagents used in the study were of analytical grade were obtained from Qualigen fine chemicals Pvt. Ltd. Wistar rats of either sex weighing about 220-250 gm were obtained from the animal house of king institute of preventive medicine, Guindy, Alanthur Road, SIDCO Industrial estate, Chennai-600 032, Tamil Nadu. The animals were acclimated to standard laboratory condition (temperature between 22 ± 2° and humidity 60-70%), and the illumination cycle changed on 12 h light/ dark cycle. The animals were housed in polypropylene cages and were housed in groups of three animals of similar sex, feed with Standard pellet feed was provided. Potable water passed through ad libitum in rat feeding bottles with stainless steel sipper tubes. The present study was approved by the Institutional Animal Ethical Committee (IAEC), C.L. Baid Metha College of Pharmacy, Thoraipakkam, Chennai-97.

Acute Toxicity Study in Rats: An acute toxicity study was carried out in three female nulliparous and non- pregnant Wistar rats were used for acute oral toxicity study according to the Organization for Economic Cooperation Development 423 13. Healthy female rats weighing 220-240 gm were used for this study. Studied carried out at female rats divided in to two groups of 3 animals each under fasting condition (16 hrs prior to test animals deprived of food not for water), Elathi kuligai was administered orally 2000 mg/kg body weight of different groups of rats and absorbed for toxicological study signs of toxicity was observed for every one hour for first 24 h and every day for about 14 days from the beginning of the study. All animals were Observations included changes in skin color, body weight, mucous membrane nasal, autonomic (salivation, lacrimation, perspiration, piloerection, urinary incontinence, and defecation), and central nervous system (drowsiness, posture, tremors, and convulsions) changes respectively in Table 1.

TABLE 2: EFFECT OF ELATHI KULIGAI ON MORTALITY RATE OF THE STUDY ANIMALS ON ACUTE TOXICITY STUDY

Sub -Acute Oral Toxicity: This study was carried out as per the Organization for Economic Co-operation and Development, Guideline-407 14. Animals were allowed an acclimatization period of 7 days to laboratory conditions before the initiation of treatment. Three rats of same-sex were housed per cage. Eighteen rats (09 male and 09 healthy female animals) were randomly divided into three groups of 6 animals. Treatment groups were dose daily for a period of 28 days. Control group animal left untreated, Animal belongs to group II treated with low dose of the test drug 200 mg/kg and Group III treated with high dose of the test drug Elathi kuligai 400 mg/kg, per oral by gastric intubation technique. All animals were observed daily for clinical signs of toxicity. The drug was administered daily for 28 days at the same time and observed at least twice for morbidity and mortality. Body weights and food consumption of the animals were evaluated weekly Table 1 and Table 2.

TABLE 4: EFFECT OF ELATHI KULIGAI ON MORTALITY RATE OF THE ANIMALS ON SUB-ACUTE TOXICITY STUDY

Hematological and Biochemical Investigations: Blood was collected through retro-orbital sinus from all the animals of different groups on the 29th day. The blood was collected in tubes containing Heparin/EDTA as an anticoagulant. Animals have fasted overnight before the blood collection. Hematological and biochemical parameters were determined using Auto analyzer using standard kits, and the data are provided. 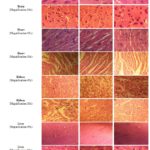 Necropsy: All animals were sacrificed by cervical dislocation on the 29th day. Necropsy of all animals were carried out, and the weights of the vital organs were recorded (heart, liver, kidneys, and brain).

CONCLUSION: The current toxicity study proves the recommended dose of the Siddha drug Elathi kuligai, does not produce any pathological symptoms throughout the dosing period of 28 days. So the safety drug dose of Elathi kuligai is 400mg/kg /body weight.