A REVIEW ON PHARMACOLOGICAL AND PHYTOCHEMICAL CONSTITUENT OF ACHYRANTHES ASPERA LINN.

A REVIEW ON PHARMACOLOGICAL AND PHYTOCHEMICAL CONSTITUENT OF ACHYRANTHES ASPERA LINN.

ABSTRACT: Achyranthes aspera Linn. belongs to the family Amaranthaceae is a perennial stiff, erect herb, 2.0 m high is growing up to 1000 m in height. Achyranthes aspera is a rough flowered stalk is described as in Sanskrit synonyms. The medicinal plants are used for the treatment of various diseases because of their safety and effectiveness. Though almost all of its parts are used in traditional systems of medicines, seeds, roots, and shoots are the most important parts which are used medicinally. The major chemical constituents are carbohydrates, protein, glycosides, alkaloids, tannins, saponins, flavonoids, lignin, etc. The review reveals that wide numbers of Phytochemical constituents have been isolated from the plant, which possesses activities like antiperiodic, diuretic, purgative, laxative, antiasthmatic, hepatoprotective, anti-allergic, and various other important medicinal properties. The plant is highly esteemed by traditional healers and used in the treatment of asthma, bleeding, in facilitating delivery, boils, cold, cough, colic, debility, dropsy, dog bite, dysentery, ear complications, headache, leucoderma, pneumonia, renal complications, scorpion bite, snake bite, and skin diseases, etc. Traditional healers claim that the addition of Achyranthes aspera would enhance the efficacy of any drug of plant origin. The plant is globally available as a medicinal weed in Baluchistan, Ceylon, Tropical Asia, Africa, Australia, and America. It is reported as an invasive alien species in northern Bangladesh. It is also found to be the most prevalent weed in Shivbari, Himachal Pradesh, and an exotic medicinal herb of the district, Lalitpur (Uttar Pradesh), India.

INTRODUCTION: Historically, the majority of new drugs have been generated (secondary metabolites) from compounds derived from natural products 1. The R&D thrust in the pharmaceutical sector is focused on the development of new drugs, innovative/indigenous processes for known drugs, and the development of plant-based drugs through the investigation of leads from the traditional systems of medicine.

In addition, many nutraceuticals are being consumed in unregulated markets for perceived benefits in health care and improvement of quality of life 2. Indian medicinal system has a long history and one of the oldest organized systems of medicine. It is mainly influenced by Ayurveda, Siddha, Unani, and Homeopathy.

These systems used natural products such as plant, terrestrial and marine animals, micro-organisms derived preparations to cure the dreadful diseases 3. The term ‘Pharmacognosy’ was coined by German scientist Seydler in 1815. The pharmacognosy was derived from the Greek word Pharmalcon (a drug which is meant for dried herb) and gnosis (to acquire knowledge). Hence, pharmacognosy, which literally means knowledge of drugs of pharmaceuticals. Charaka and Susruta were renowned ancient Indian physicians, and Charaka classified about 300 vegetable drugs into 50 groups 4. 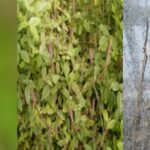 Botanical Description: Achyranthes aspera Linn. belongs to the family Amaranthaceae is a perennial stiff erect herb, 2.0 m high is growing up to 1000 m in height. Stems are square, leaves elliptic ovate or broadly rhombate, 5-22 cm long, 2.5 cm broad, and adpressed pubescent. The inflorescences are 8 - 30 cm long, with many single, white or red flowers, 3-7 mm wide. Flowering time is in summer. The main root is long cylindrical thick; secondary and tertiary roots present slightly ribbed, yellowish-brown in color; odor is slight, the taste is slightly sweet and mucilaginous; the stem is yellow-brownish, erect branched, cylindrical hairy about 60 cm high. Seeds are subcylindrical, truncates at apex, rounded at base, black, and shining. The plant is distributed throughout India up to an altitude of 3000 ft 5. Achyranthes aspera L. also known as “Prickly chaff flower” in English. The plant is highly esteemed by traditional healers and used in treatment of asthma, bleeding, in facilitating delivery, boils, cold, cough, colic, debility, dropsy, dog bite, dysentery, ear complications, headache, leucoderma, pneumonia, renal complications, scorpion bite, snake bite, and skin diseases etc. Traditional healers claim that addition of Achyranthes aspera would enhance the efficacy of any drug of plant origin 6.

Geographical Source: Easily found anywhere in India on roadsides or on the edges of field and waste places as a weed throughout up to an altitude of 2100 m and also in South Andaman Islands Some other places in the world also we can found this plant-like in Baluchistan, Ceylon, Tropical Asia, Africa, Australia and America 8.

Habitat: The plant can grow in the absence of shade or in semi-shade (light woodland). It requires moist soil but prefers light sandy, medium loamy, heavy clay soils for its growth.

It grows as a wasteland herb everywhere. Flowers appear from July to September, and seeds ripe in the month of October 9.

Vijai Lakshmi et al., (2019): Reported an ursolic acid, oleanolic acid, sitosterol and triacontanol, hexatriacontane and Palmitic acid isolated from the of chloroform and ethanol root extract of Achyranthes aspera, which shows significant anti diabetic effect in streptozotocin-induced diabetic rats and could therefore be used as a remedy for the treatment of diabetes mellitus 11.

And also reports the presence of tannins and phenolic as one of the chemical constituents. Tannins were shown to produce anthelmintic activity 14.

Some of the identified compounds have been reported to possess various biological activities such as Antimicrobial, Antioxidant, Antiseptic, Pesticide, Fungicide, Diuretic, Anti-inflammatory and Anticancer 15.

The standard used is ascorbic acid, and the phytochemicals exhibited better activity than the standard compound 16.

Ajay Shukla et al., (2016): Reported that ethanolic extract of aerial part of Achyranthes aspera shows flavonoids, phenolic compound, glycosides, tannins, saponins, alkaloids, and carbohydrates by Phytochemical screening. Current study of the ethanol extract of aerial part of A. aspera was performed for the screening of anti-asthmatic activity of the drug and result in the right-side shift of dose response curve in isolated goat chain and isolated guinea pig, indicating antiasthmatic action of drug 20.

Sandip Datir et al., (2014): Reported the phytoconstituents β -sitosterol in petroleum ether extract of aerial parts of A. aspera & studied the effect of the extract on clonidine induced catalepsy to study its antihistaminic effect. Petroleum ether extract (200 mg/kg, i.p.) of the plant significantly inhibited clonidine-induced catalepsy. This proves the antihistaminic activity of the plant. The extract was standardized by HPTLC in the presence of Standard β-sitosterol, which proves that the antihistaminic activity may be due to β sitosterol 26.

Balaji Kaveti et al., (2013): Isolated tannins, Saponins, Terpenoids, Steroids, Flavonoids, Alkaloids, and Glycosides and investigate the antimicrobial and antioxidant activities of the methanolic seeds extract of Achyranthes aspera. The antimicrobial activity test of the methanol extract of the seeds of Achranthes aspera was done using the disc diffusion method. Kanamycin (30 μg/disc) was used as standard, and the crude extract was used at a concentration of 500 μg/disc Achyranthes aspera possess significant free radical scavenging and antibacterial activities 27.

Chandana C. Barua et al., (2012): Evaluated the anxiolytic activity of methanol extract of Achyranthes aspera Linn. Hole board (HB), open field (OF), elevated plus maze (EPM), and light/dark exploration (LDE) tests were used for the determination of anxiolytic activity. The methanolic extract of Achyranthes aspera significantly increased the number and duration of head poking in HB test. The extract also significantly increased the time spent and the number of entries in the open arm in EPM. In LDE test, the extract produced a significant increase in time spent, and a number of crossing sand decreased the duration of immobility in a lightbox. In OFT, the extract showed a significant increase in the number of rearing, assisted rearing, and the squares crossed. The activity of methanol extract is due to the presence of different phytoconstituents like alkaloids, steroids, and triterpenes 30.

Amrutia Jay N et al., (2011): Reported anti-inflammatory activity of different fractions of ethanolic extract of Achyranthes aspera leaves. Carrageenan-induced rat paw oedema method was used for screening. Ethanolic, ethyl acetate, and hexane fraction was screened, among which ethyl acetate fraction was found to be the most potent one with percentage inhibition of 50, 74, 84, 86% at 1st to 4th hour respectively 33.

Ramesh Londonkar et al., (2011): Isolated alkaloids saponins, carbohydrates, Flavonoids, phenols, tannins, terpenoids and sterols from methanolic, Chloroform and petroleum ether extracts of leaves of Achyranthes aspera and analyzed by UV detection at 365 nm. The extracts were screened for their antibacterial and antifungal activities; the extracts were tested against 5 different species of human pathogenic bacteria and 17 fungal strains by the agar-solid diffusion method.

Chloroform and petroleum ether were devoid of antifungal and antibacterial activities, except the methanolic extract of leaves of Achyranthes aspera showed strong inhibitory activity against the Gram-positive bacteria Staphylococcus aureus with a minimal inhibitory concentration (MIC) of 5000 μl ml-1. The minimal inhibitory concentration values to dermatophyte strains were 2500 μl ml-1 against Trichophyton rubrum (LM-09, LM-13) and Microsporum canis 34.

Root extract showed the activity against B. Substilis, antifungal activity was found in roots extracts of petroleum ether, chloroform, and methyl alcohol against fusarium species 36.

S. Edwin et al., (2008): Reported that ethanol and aqueous extracts of leaves of Achyranthes aspera were prepared, and its wound healing and antioxidant activity were evaluated. The wound healing activity was studied models excision wound model and incision wound model and antioxidant activity were studied using DPPH radical scavenging activity and superoxide scavenging activity. Phytochemical screening of the tested extracts showed the presence of alkaloids, carbohydrates, tannins, proteins, saponins, and flavonoids in both the extracts 37.

Muhammad Shoaib Akhtar et al., (1991): Reported that methanolic and aqueous extract of the whole plant of Achyranthes aspera shows significant dose-related hypoglycemic effect in normal as well as in diabetic rabbits and reports presence of certain chemicals like elements like manganese, magnesium, zinc, calcium and phosphorus 39.

ACKNOWLEDGEMENT: We provide our sincere thanks to the entire faculty of Pravara rural college of Pharmacy. Pravaranagar.