ABSTRACT: Gynura procumbens (GP) commonly known as longevity spinach is one of those precious medicinal herbs of Asteraceae that are still included in a un-utilized herb in spite of the variety of useful pharmacological properties it possesses. It is mainly popular in South-East Asian countries for its traditional medicinal properties. It is usually used as a traditional medicine for the treatment of inflammation, herpes simplex virus, rashes, fever, rheumatism, kidney diseases, migraines, diabetes mellitus, cancer, and hypertension. This article provides the collective information about the phytochemical constituents isolated from leaves of this plant used in a modern scenario for the treatment of various ailments like kaempferol-3-O-rutinoside, astragalin, rutin, kaempferol, sterol glycosides, flavonoids, saponins, tannins, and terpenoids, etc. Here, we have reviewed all the reported pharmacological properties such as anti-inflammatory, anticancer, anti-diabetic, anti-herpes simplex virus, anti-ulcerogenic, vasorelaxant, toxicity, and some other activities.

INTRODUCTION: Gynura procumbens (GP) belonging to the family Asteraceae) commonly known as longevity spinach that grows extensively in Southeast Asia, particularly in Indonesia, Malaysia, and Thailand. GP grows up to a height of 1-3 m, with a fleshy stem and purple tint. The leaves are ovate-elliptic or lanceolate, 3.5 to 8 cm long and 0.8 to 3.5 cm wide. Flowering heads are panicled, narrow, yellow and 1 to 1.5 cm long 1. It is traditionally used for the treatment of eruptive fever, rash, kidney disease, constipation, hypertension, diabetes mellitus, migraines, urinary tract infection, rheumatism, viral diseases of skin 2.

Some of these traditional claims have been validated in scientific and pharmacological studies, including anti-herpes virus 3, anti-inflammatory 4, 5 and anti-hyperlipidemic and anti-hyperglycemic 6-11, anti-hypertensive activities 12-16. Recently received particular attention of GP is in the pharmacology of anti-diabetic medicinal plants probably because of its empirical evidence and efficiency in the management of diabetes mellitus. However, these scientific reports of G. procumbens have been conflicting and inconsistent 17.

The leaves of this plant are often consumed in the diet, and research shows that leaves contents are non-toxic 18. Besides, recently conducted researches are evident that GP oils play roles in dentistry, dermatology, gynecology, and pediatrics as a means of hygienic care. The GP leaves yields diversified phytoconstituents including different macroelements and microelements, alkaloids, saponins, chlorophyll, carotenoids, essential oils, etc. The following is a comprehensive and up-to-date review about the history, distribution, phytochemistry, toxicity and pharmacological properties of GP with an urge of further advancements in the medicinal uses of the herb worldwide.

History: The plant was discovered many centuries ago on the African continent. The genus Gynura (Asteraceae-Senecioneae) comprises 44 species and is distributed from tropical Africa to South and East Asia and Australasia with one species in tropical Australia. The highest species diversity is found in Southeast Asia, but the genus is least well understood particular in Thailand. It has been used both for food and as a remedy for illnesses. During the last 15 years, the plant has attracted the attention of the international scientific community as the source of many powerful biologically active substances 19.

Distribution: Gynura procumbens (GP), a fast-growing herbaceous plant, is widely found in Borneo, Java, the Philippines, and Peninsular Malaysia 20. It is a native plant from China and known as ‘baibingca’21. It is also found in Myanmar and some Asian countries such as Indonesia and Thailand 22. This plant grows easily from stem cuttings. Seeds are not available. It is best grown in well-draining, fertile soil that is kept moist at all times. This plant prefers Semi-shade although it can be slowly adapted to grow in full sun, provided the plant does not dry out at the roots. Initial planting under direct sunshine will result in burnt leaves and stunting in growth. Growth should resume once the plant has acclimatized to its new growing conditions. 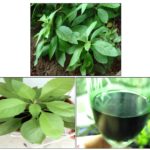 Moreover, flavonoids which are mainly a polyphenolic compound which has also been reported to have an anti-inflammatory effect. Another active phytoconstituent kaempferol was found to show the anti-inflammatory effect by inhibiting glycogen synthase kinase- 3β (GSK-3β) 5. The administration of the original organic extract significantly inhibited the increase in ear thickness in response to croton oil. It was found that 0.75 mg/ear showed similar activity to that of 6mg/ear hydrocortisone 21-hemisuccinate sodium salt.

In-vivo study of the ethanolic extract on female rats induced by DMBA has been conducted. Ethanolic extract of GP performs chemopreventive effect to suppress breast cancer initiation 31 and performs suppression of breast cancer development on early state of female rats induced by DMBA 32. The ethanol extract of GP leaves act as a blocking agent in carcinogenesis initiation phase at the doses of 300 and 700 mg/kg b.w in rats which inhibits further progression towards malignancy 33.

Anti-Diabetic Activity: GP extracts have a potent anti-diabetic effect. A lot of studies and efforts were conducted to confirm the anti-diabetic effect of GP leaves extract. Ethanolic extract of GP leaves have been shown to possess anti-hyperglycaemic and anti-hyperlipidemic activities in diabetic rats 6, 7 and the n-butanol fraction from the GP leaves also has hypoglycemic effects 8. Another study had shown that hexane and ethyl acetate fractions have potential in stimulating glucose uptake in 3 T3-F44 adipocytes 9.

Furthermore, the methanol extract of GP was able to increase insulin secretion in the insulin-secreting cell line, BRIN-BD1110. In the most recent study, the GP leaves extract was reported to produce a significant elevation in the fasting blood glucose (FBG) levels of normal rats, but a decrease in diabetic rats 11. In acute dose (1g/kg), the extract significantly lowered fasting blood glucose (FBG) in streptozotocin-induced diabetic rats. This activity is most potent when extracted in 25% ethanol-water solvent combination. 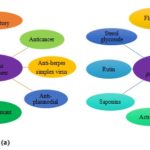 FIG. 2:   (a) PHARMACOLOGICAL ACTION OF GP (b) PHYTOCONSTITUENTS OF GP

Anti-Ulcerogenic Activity: The gastrointestinal disorder can be treated with the blessings of having different folk medicines as a potential remedy. Ethanolic extract of GP leaves can be such remedy which has demonstrated anti-ulcerogenic activity 34. It can give a gastroprotective effect in adult Sprague Dawley rats. GP leaves could significantly protect the gastric mucosa against ethanol-induced injury. Such protection was shown to be a dose-dependent as ascertained by the reduction of ulcer areas in the gastric wall as well as the reduction in the inhibition of edema and leukocytes infiltration of submucosal layers and protection was most prominent at a dose of 400 mg/kg.

Vasorelaxant Activity: Some plant-derived compounds have been proven to have anti-hypertensive activity. GP has also been found to demonstrate antihypertensive activities in rat 12 by inhibiting ACE activity 13 and cause vasodilation via inhibition of calcium channels 14. Screening of leaves extract yields several components among which flavonoids have been found to possess antihypertensive 15, 16 and vasodilatory properties 35, 36. Butanolic fraction contains putative hypotensive compounds that appear to inhibit calcium influx via receptor-operated and voltage-dependent calcium channels to cause vasodilation and a consequent fall in blood pressure (10 and 20 mg/kg) 21.

Antiplasmodial Activity: GP leaves extracts to have potent antiplasmodial activity 37. Aqueous and ethanol extract of GP were evaluated for anti-plasmodial activities in-vitro and in-vivo. Both extracts were found to inhibit parasite proliferation to varying degrees, identified by parasite lactate dehydrogenase (PLDH) assay. The aqueous extract was more potent than the ethanol extract at suppressing the growth of both parasites in-vitro. At 250 mg/kg/day, only the aqueous plant extract showed >90% chemo-suppression, which improved the median survival time compared with non-treated infected mice.

Toxicity: The leaves of GP extract are often consumed in the diet, and research shows that leaves contents are not having any toxic effects 10. In the implementation of complementary medicine must be proven effectiveness and toxicity. Toxicity of ethanol extract of GP to the gastric histopathology analysis of rat Sprague-Dawley showed that ethanol extract did not change gastric histopathology of white male rat Sprague -Dawley strain and effective dose and also increasing dose did not result against gastric damage. Administration of a methanol extract of GP did not produce mortality or significant changes in various parameters in both acute and sub-chronic toxicity studies 24.

CONCLUSION: The literature review of GP represents that it has extensive pharmacological properties which effectively perform to treat several disorders. The leaves extracts from different solvents had successfully identified the exertion of different therapeutic purposes including anti-diabetic, anti-hypertensive, anti-proliferative, antioxidant, anti-plasmodial, vasorelaxant activity. The study demonstrated on its phytochemistry, and various biological properties of the extracts and constituents might provide an incentive for proper evaluation of the use of the plant in medicine.