ABSTRACT: Overexploitation of many traditional medicinal plants like Buchanania lanzan Spreng. has become a threat and shortly, many medicinal plants may be unavailable for use in the medicinal industry. The present study outlines the concept of plant part substitution. Stem bark and small branches of B. lanzan are compared based on physicochemical analysis, phytochemical analysis, total phenolic content, total flavonoid content and High-Performance Thin Layer Chromatography (HPTLC) to evaluate the possibilities of using small branches in place of stem bark. Results suggest that small branches of this plant may be recommended in place of its stem bark after comparison and confirmation of same for pharmacological activities. The study provides the base for further study to use small branches of B. lanzan Spreng. as a substitute for its stem bar.

INTRODUCTION: Majority of the population believes in traditional medicines because of easy availability and lesser side effects. But despite their importance, medicinal plants are misused with no concern for their conservation. Unrestricted collection and destructive harvesting of medicinal plants are resulting in an over-exploitation of natural resources, due to which many useful medicinal plant species are becoming endangered or threatened. In the traditional system of medicines, most of the medicinal plants are slow growing trees, bulbous and tuberous plants, with bark, heartwood and underground parts being the parts mainly utilized.

Destructive harvesting of these plant parts is leading to the reduction of their natural populations and is of great concern for resource managers. Studies have shown that forest trees are highly susceptible to excessive exploitation, mainly because the mature bark is the commonly used plant part. Bark forms a physical barrier that prevents injury to the inner portion of the tree. It keeps pathogens and insects away while holding in moisture and nutrients.

The debarked tree has a very limited chance of survival, especially if the ring barking is done by unskilled collectors. This factor is causing problems in their sustainable supply. The probable approach to come out from this problem are to set up conservation areas, put into effect laws against collecting bark, large scale cultivation and to promote healers to collect and use alternative vegetative renewable plant parts such as leaves, young stems and fruits in place of bark and underground parts like root, rhizome etc. The last suggestion, i.e. use of alternative part of the same plant is likely to be much better accepted by the patients of a traditional healer. To put this policy into practice, there is a great need to evaluate the differences and similarities between various parts of the same plant concerning chemical composition and pharmacological properties. Only a few publications covering the aspects of plant part substitution have been published during the last fifteen years 1 - 7. 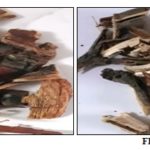 B. lanzan Spreng. (Anacardiaceae) commonly known as Priyala is widely used the tree in Ayurveda. As per Ayurvedic literature, stem bark of this plant is used in Jvara (fever), Raktapitta (hemorrhage), Trsa (thirst) and Rakatisara (dysentery) 8. The stem bark is also reported for various pharmacological activities like geno-toxicity, oxidative stress 9, antioxidant 10, 11, 12, anti-microbial 11. Stem bark mainly contains alkaloids, tannins, saponins, reducing sugars, triterpenoids and flavonoids 8. Removal of stem bark from the trunk of this tree may make this plant weak and susceptible to damage by insects and natural elements due to which availability of this plant may be difficult in the near future for use in Indian system of medicine.

Plant Material: Stem bark and small branches of B. lanzan Spreng. were collected from Jabalpur (Madhya Pradesh), India. Plant material was identified and authenticated by a botanist of the Institute, and a voucher specimen (A.No.10108) was deposited in Institute.

Material and Reagents: All chemicals, reagents, and solvents used during the experiments were of analytical grade, and HPTLC plates were pur-chased from E. Merck Pvt. Ltd., (Mumbai, India).

Estimation of Total Phenolic and Flavonoid Content: Five grams of each of shade-dried plant material was pulverized into coarse powder and subjected to ethanolic extraction using Soxhlet apparatus.

Extracts were concentrated to dryness. Dried residues were then dissolved in 100 ml of 95% ethanol. Extracts were used for total phenolic and flavonoid assay. Total phenolics content was determined by using Folin-ciocalteu assay 17. An aliquot (1 ml) of extracts or standard solution of gallic acid (20, 40, 60, 80 and 100 μg/ml) was added to a 25 ml volumetric flask, containing 9 ml of distilled water. A reagent blank was prepared using distilled water. One milliliter of Folin-ciocalteu phenol reagent was added to the mixture and shaken. After 5 min, 10 ml of 7% Na2CO3 solution was added to the mixture. Volume was then made up to the mark. After incubation for 90 min at room temperature, absorbance against reagent blank was determined at 550 nm with a UV/Vis spectrophotometer. Total phenolics content was expressed as mg gallic acid equivalents (GAE) per gm of dry weight.

Total flavonoid content was measured by aluminum chloride colorimetric assay 18. An aliquot (1 ml) of extracts or standard solutions of quercetin (20, 40, 60, 80 and 100 μg/ml) was added to a 10 ml volumetric flask containing 4 ml of distilled water. To the flask, 0.3 ml of 5% NaNO2 was added, and after 5 min, 0.3 ml of 10% AlCl3 was added. After 5 min, 2 ml of 1M NaOH was added, and the volume was made up to 10 ml with distilled water. The solution was mixed, and absorbance was measured against the blank at 510 nm. Total flavonoid content was expressed as mg quercetin equivalents (QUE) per gm of dry weight.

Development of plate up to a migration distance of 80 mm was performed at 27 ± 2 °C with mobile phase for each extract in a CAMAG HPTLC chamber previously saturated for 30 min. After development, the plate was dried at 60 °C in an oven for 5 min and visualized under wavelength 254 nm and 366 nm for ultraviolet detection. Developed plate was then dipped in anisaldehyde sulphuric acid reagent for derivatization and dried at 105 °C in hot air oven till the color of the band appears and visualized under white light. Images were captured by keeping plates in photo documentation chamber and Rf values were recorded by Win CATS software.

RESULTS: Physico-chemical parameters like foreign matter, loss on drying at 105 ºC, ash values, acid insoluble ash, extractive values, and pH are given in Table 1. These data may be useful to pharmaceutical industries for the authentication and batch to batch consistency of the commercial samples.

TABLE 1: PHYSICO-CHEMICAL PARAMETERS OF STEM BARK AND SMALL BRANCHES OF B. LANZAN

TABLE 2: PHYTOCHEMICAL ANALYSIS OF EXTRACTS OF STEM BARK AND SMALL BRANCHES OF B. LANZAN

TABLE 3: TOTAL PHENOLIC AND TOTAL FLAVONOID CONTENT OF ETHANOLIC EXTRACTS OF STEM BARK AND SMALL BRANCHES OF B. LANZAN

*Values are expressed as Mean ± SD 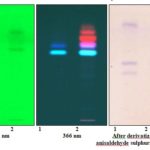 TABLE 4: Rf   VALUE OF n-HEXANE EXTRACT OF B. LANZAN 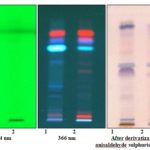 TABLE 5: Rf VALUE OF ETHYL ACETATE EXTRACT OF B. LANZAN

TABLE 6: RF VALUE OF ETHANOL EXTRACT OF B. LANZAN 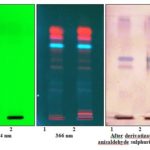 Visualization under white light after derivatization with anisaldehyde sulphuric acid reagent, both stem bark and small branches showed three bands, and again all were found similar.

DISCUSSION: Stem bark of B. lanzan Spreng. is an important ingredient in many Ayurvedic and other traditional formulations and considered to be very effective in various diseases. Ever increasing demand for this medicinal bark, commercialization, and overharvesting is creating a major threat to this species. Removal of bark from the tree may damage phloem or expose it to desiccation and fungal or parasite attack.  Damage of phloem may disrupt the conduction of nutrients and hormones involved in flower bud production 22, 23 decreasing flower induction and therefore fruit and seed set. Studies have shown that overharvesting of bark can reduce fruit production and threaten reproduction 24. This may affect the survival of plant due to which this plant may be difficult to available shortly for use in traditional medicine industry. Therefore, serious concern regarding the conservation and protection of this plant has become a matter of urgency. Given this, a comparative phytochemical study was carried out to evaluate the possibility of using small branches of B. lanzan in place of its stem bark. The study is based on the concept of plant part substitution and will help sustainable utilization.

Data of physicochemical parameters Table 1 may be useful to traditional medicine industries for authentication and batch to batch consistency of commercial samples. Many similarities in the results for the qualitative phytochemical analysis of various extracts of stem bark and small branches of B. lanzan Table 2 indicate the presence of many analogous compounds in both the parts of this plant.

The above results may be of great importance for a scientist because physicians may substitute the parts of the same plant they traditionally use. The study provides a base for the possibilities of plant part substitution in this plant. Phytochemical investigation can never substitute pharmacological investigations in determining the therapeutic value of the plant material, so further investigation on comparison and confirmation of above study for pharmacological activities on these aspects is needed to support the findings and coming to a conclusion.

Results of qualitative evaluation of HPTLC profiles will also be helpful in the identification and quality control of the drug and can provide standard HPTLC profiles with the selected solvent system. This study is an initiative to add solution inputs to global concern for the management of traditional medicinal plant resources which nowadays has become a matter of urgency.

CONCLUSION: Similarities in HPTLC profiles and phytochemical analysis of various extracts of stem bark and small branches of B. lanzan suggests that small branches may have many similar active constituents like stem bark and may be recommended as a substitute of stem bark after comparison and confirmation of same for pharmacological activities. The study provides the base for further study covering an aspect of pharmacology and toxicity to use small branches in place of stem bark which can save the plant from destruction. Plant part substitution is the need of the hour for the conservation of medicinal plants as many medicinal plants are becoming red listed. It can provide greater scope for the physicians to utilize raw drugs that are easily available, cost-effective and most appropriate for the clinical conditions.