ABSTRACT: Kidney stones are a growing global problem. It is also known as Urolithiasis. Lithiasis is a condition where urinary calculus is formed in the kidney and urinary tract. It is a complicated urinary disorder that has gravely troubled the health and quality of human life. Urinary stones affect 10-12% of the population in industrialized countries. There are only a few geographical areas in which the stone disease is rare, e.g., Germany and in the coastal areas of Japan. Conventional agents are being used to control kidney stone along with lifestyle management. Medicinal plants are found to be useful in this metabolic disorder from ancient days due to its no or low-toxic nature, easily available in rural areas, cheap; there are fewer chances of recurrence. The purpose of this paper is to critically review the available literature on various medicinal plants with their antilithiatic activity and screening method of this activity to develop an effective drug to treat the disease.

INTRODUCTION: Lithiasis is the formation of calculi (stone) in the kidney and urinary tract that prominently causes a variable degree of pain in abdomen and the groin, bleeding from the urethra, pus in the urine, and further may lead to secondary infection. It is one of the most common afflictions found in humans 1. Urine analysis is one of the important factors in determining the type of crystals. Calcium oxalate stone is one of the major types which occupy about 75% of the total population.

The management of this ailment mainly involves techniques like extracorporeal shock wave lithotripsy and percutaneous nephrolithotomy; however, the prevention of recurrence of stone formation is not assured. Besides, these treatments cause undesirable side effects such as hemorrhage, hypertension, tubular necrosis and subsequent fibrosis of the kidney leading to cell injury and recurrence of renal stone formation 2. However, these procedures are highly costly, and with these procedures, recurrence is quite common 3.

Many remedies have been employed during the ages to treat urinary stones. In the traditional systems of medicines, most of the remedies were taken from plants, and they were proved to be useful though the rationale behind their use is not well established through systematic pharmacological and clinical studies except for some composite herbal drugs and plants. Pharmacotherapy can reduce the recurrence rate. The use of plant products with claimed uses in the traditional systems of medicines assume importance 4, 5.

TABLE 1: LIST OF MEDICINAL PLANT USED IN THE TREATMENT OF LITHIASIS

Clinical and Pharmacological Studies: In recent years, some proprietary composite herbal drugs have also been introduced for dissolving kidney calculi of which mention may be made Cystone and calculi 41. Saxifraga ligulate and Tribulus terrestris are the two common plant ingredients of both these herbs-mineral preparation.

Ureteric calculus disappeared within 55 days of treatment with ‘Cystone’ a herbo-mineral composition 42. Cystone relaxes the detrusor muscles and promotes diuretics by its high content of natural mineral salts. Cystone has also been found to be useful in urolithiasis, crystalluria and urinary tract infection in oral administration of other indigenous herbs-mineral drug calculi (2 TDS) in 40 cases of ureteric calculi, showed passing of disintegrated or intact stones through urine in 25 (68.85%) cases 43. Pharmacologically, Bergenia ligulata has shown no effect in preventing the stone formation but was found useful in dissolving zinc calculi in the urinary bladder in experimental rats 44. Varuna, Ghokhru, and Kulatha were found to be effective in preventing the deposition of the stones in experimental rats. Vataj and Pitiaj stones did not dissolve in varuva and kulatha. Gokhru decoctions dissolve urate and cystine stones to some extent.

Kaphaj (phosphatic) stones were dissolving in all the three drugs. Among them, kulatha had marked (87%) dissolving activity and stones become friable 45. There are many herbal preparations described in ayurvedic a text in which kulatha is the main ingredient. It has been described as ashmarighana (destroyer of stones) by charak, Sushruta and other authorities. Sushruta mentions its efficacy in vataj ashmari with the characteristics of oxalate stone. Clinical investigations have been shown that out of fifteen cases urinary calculi, nine patients passed their stones within 8-10 days of treatment with Dolichos biflorus. Spontaneous passage of stones was common depending upon the size, site, and mobility of the calculus 46, 47.

Role of Medicinal Plants as Antilithiatic Agents: Of late, there has been a growing resurgence and revival of interest in indigenous systems of medicine and traditional herbal remedies, which are regarded as quite safe with minimal or no side effects, cost-effective, readily available and easily affordable 48-51. Medicinal plants have been known for millennia and are highly esteemed all over the world as a rich source of therapeutic agents for the prevention of diseases and ailments 52. Interest in herbal drugs is growing due to their efficiency, low toxicity, and absence of side effects 53. People living in the interiors and inaccessible remote rural areas have excellent knowledge about the medicinal utility of the local flora. People in such areas have been traditionally using indigenous folk remedies to cure various diseases for generations and passing on this knowledge orally. Because of the prompt and positive effect of herbal treatment, they have strong faith in their folk medicinal preparations or crude formulations 50-53. 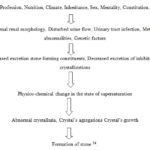 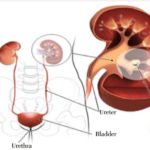 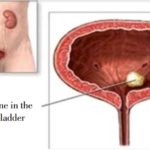 A) Ethylene Glycol Induced Lithiasis in Rats: Chemically ethylene glycol is ethan-di-ol and is widely used as a solvent and automobile antifreeze agent 55.

Mechanism of Action: Ethylene glycol is rapidly absorbed and metabolized in the liver via alcohol dehydrogenase and aldehyde dehydrogenase to glycol acid. This is oxidized to glyoxylic acid which is further oxidized to oxalic acid/oxalate by glycolate oxidase/lactate dehydrogenase, thus promoting hyperoxaluria. Hyperoxaluria is the major risk factor for lithiasis.

Method: Healthy male Wistar rats (120-200gm) are taken. They are divided into four groups containing six animals. Group-I served as control and given a vehicle for 28 days. Group-II, III, IV served as positive control, standard and test groups and were given ethylene glycol (0.75% v/v, p.o) for 28 days. Group-III and IV are given standard drug cystone (750 mg/kg, p.o) and test drug respectively for 28 days. On the 28th day, urine and serum of all the animals are collected, and all the required parameters are performed and compared 56.

Group, I served as control and fed with regular lab diet. Group II, III, IV served as disease control, standard and test respectively and they were given a modified lithogenic diet (MLD) for 28 days. Simultaneously group III & IV are given standard drug and test drug respectively from day 1 to day 28 as a preventive regimen. Various biological samples are collected, measured and compared.

The Advantage of Diet-Induced Model:

C) Induction of Lithiasis in Rats by Using Sodium Oxalate: Sodium oxalate induced lithiasis is an acute model used to study the activity of lithiasis caused by hyperoxaluria.

D) Zinc Disc Implantation induced Urinary Bladder Calculi Model: Male rats of wistar strain weighing 200-250 gm are used to study urinary calculi by zinc disc implantation. Rats were anesthetized with sodium pentobarbitone (40 mg/kg body wt, i.p). A suprapubic incision was made, and urinary bladder was exposed. A small cut was made at the top of the bladder, and a previously weighed sterile zinc disc (2 to 48 mg/kg) was inserted into the bladder, and the incision was closed with a single suture using absorbable catgut. The abdomen was closed in layers, and this was performed for each rat, and all the rats are recovered for one week. At the end of 28 days treatment, all the animals are measured for their different parameters and compared.

E) Xenoplantation Model: Stone particles were extracted by PCNL (percutaneous lithotomy) from one male patient with renal stones. The selected stone is cut with a blunt instrument into sections with a diameter of 2-3 mm, weighed and maintained in a sterile environment, before use.

Eight-week old male rats weighing about 250-300 gm were selected and randomized into three groups: control, standard and test groups. The rats were anesthetics by intraperitoneal injection of sodium pentobarbital (50 mg/kg body weight), and a suprapubic incision exposed the bladder.

Following this, a 4-5 mm incision was made at the top of the bladder, and one prepared stone particle was inserted in each rat, and then the bladder and the suprapubic incision was closed respectively. Ethylene glycol was supplied in drinking water at a final concentration of 1% from the second day (day 1) postoperatively for four weeks.

After four weeks, kidney and urinary bladder were dissected, and the kidneys were dehydrated in a graded ethanol series and embedded in paraffin. The renal stone formation was assessed by von Kossa histochemical staining. Bladder stone was harvested, weighed and maintained in 75% ethanol for 24 h, before the stone being embedded in auto-polymerizing resin and sectioned transversely with the diamond wire saw to select the best section pane.

Sectioned blocks were then fixed on a glass slide with thermoplastic glue and polished successively using a 1, 200 grit sandpaper and a mix of alumina polishing compounds (3, 1 and 0.3 µm) with a small volume of water until it was possible to observe the core clearly under a transmitted light microscope 58.

F) Chemically Induced Lithiasis in Weanling Rats: Calculi is induced in the urinary tract of weanling Fischer-344 rats (postnatal day 28) in less than two weeks by exposure to terephthalic acid (TPA) at 3-5% in the diet or dimethyl terephthalate (DMT) at 1-3% of diet. Specified rats of 24 which randomly divided into four groups each group containing six rats. Group-I, II, III, and IV acts as control received vehicle, disease control (positive control) received (TPA)/(DMT) for two weeks, standard received (TPA/DMT) and cystone 750 mg/kg body weight p.o and the last group, e. IV serves as a test received (TPA/DMT) plus test drug. After the treatment period, various biological samples are collected and the parameters are measured and compared 59.

G) Sulfamonomethoxine-Induced Urinary Calculi in Pigs: Five Yorkshire-Durox cross-bred castrated pigs within a farrow-to-finish herd with 346 commercial crossbred pigs weighing 45-60 kg were used. They are started on a regimen of SMM (50 mg/kg body weight) orally twice a day. The affected pig’s medical history included streptococcal disease and toxoplasmosis, which were diagnosed in the third week and injected SMM (50 mg/kg body weight) once a day after toxoplasmosis was diagnosed 60.

H) Mild Tubular Damage for Hyperoxaluric Rats induces Renal Lithogenesis: It is a two-step or two hit model of lithogenesis used to assess the antilithiatic activity of test drugs. In the first step, it is used to induce crystalluria (hyperoxaluria) which is a necessary step but not sufficient to induce lithiasis. In the second step, it causes tubular damage that induces lithiasis 61.

Method: Four test tube was taken and transferred synthetic urine of 1 ml into each tube and labeled as control (1), negative control (2), standard (3) and test (4). Test tube 1 & 2 are added with 0.5 ml of distilled water, except test tube (1) all the test tubes are added with 0.5 ml of 0.05 M sodium oxalate and 3 & 4 test tubes are added with standard drug and test drug respectively. Test tube is left to stand for 10 min immediately after 10 min the absorbance was measured in UV-Spectro-photometer at 620 nm and compared. Microscopy of urine can also be done using a light microscope with the objective of 40 X eyepiece of 10 X 40.

CONCLUSION: As there is no proper medicine in Allopathy for the management of anti-lithiasis and also the surgical treatment has the more chances of recurrence, these two factors particularly diverted the large population toward the use of herbal medicines. Medicinal plants have wide acceptance due to a large number of advantages such as lesser toxic effects safe, effective, cheap (cost effective), fewer chances of recurrence of disease, easily available in rural areas.