A BOON TO HUMAN HEALTH-BAUHINIA VARIEGATA

A BOON TO HUMAN HEALTH-BAUHINIA VARIEGATA

ABSTRACT: The plant Bauhinia varigata is a medium-sized tree found throughout India, ascending to an altitude 1350 m in the Himalayas. It is a species of flowering plant belonging to the family Fabaceae. Kanchnar, Mountain Ebony, Rakta Kanchnar are the common name of Bauhinia varigata. The various parts of the plant like flower buds, flowers, stem, stem bark, leaves, seeds, and roots are used in various indigenous systems of medicine. For the last many years, this plant is very popular among the various ethnic groups in India for the curing of a number of diseases. Traditionally, it is used in the treatment of diarrhea, dysentery, Goiter, Tumor and Kapha- Pitta dosha disorders while flowers have Pittaghna (Pacify pitta dosha), piles, constipation, and leprosy. There are a number of phytochemicals isolated from the various part of kanchnar such as flavonoids, kaempferol, ombuin, hesperidine, triterpenecaffeate, flavonol glycosides, flavanone, stigmasteroles, octacosanol, Phenanthraquinone, protein, calcium and phosphorous, volatile oil, germacrene D, quercetin, rutin, etc. Upon medicinal and biological studies, anti-inflammatory & analgesic activity, chelation action, anticarcinogenic activity, anti-diabetic action, haemagglutinating activity, hypolipidaemic activity, haematinic activity, immunomodulatory activity, anti-microbial activity, nephroprotective activity, neural activity, antioxidant effects, anti-tumor activity, and antiulcer activity have been reported. Along with medicinal uses, the various non-medicinal uses of kachanar are also reported, such as timber, food, fuel, apiculture, and in production of gum resin. There is the various product of kanchnar available in the market, such as kanchnar guggulu, kanchnar juice, kanchanr ki chaal, orchid flower seed, kanchnar kashaya, kanchnar gomutra ark kanchnar churna, kanchnar herbal extract, and thyroid capsule. This review represents a detailed survey of the literature and review highlights the current status of researches on the advancement of pharmacognosy, phytochemistry, traditional, medicinal, non-medicinal uses, pharmacological activities, and marketed products of Bauhinia variegata Linn.

INTRODUCTION: The Plant Bauhinia variegata is a member of the Fabaceae family, known as Kachnar (in Hindi), kanchan (in Bangla), Rakta Kanchan (in Sanskrit) and Mountain Ebony (in English). Kachnar plants very often found in garden, park, and roadsides as an ornamental plant in warm temperate and subtropical regions.

This plant is native to Southeast Asia and grows well in a tropical and subtropical climate.  Bauhinia variegata is distributed in subhimalayan and outer Himalayan region of the Punjab and Sikkim state of India.

Kachnar is also found in some other countries such as Burma and China and in tropical countries such as Africa and South America. Bauhinia variegata consists of more than 300 species of medium-sized, deciduous tree which remain leafless in the month of January to April. In this period, the flowering of the tree gets starts. The genus includes trees, vines, and shrubs. Bauhinia variegata leaves are bifoliate. It is known to restore fertility to acid and degraded soils because of its capacity to fix nitrogen in soil. The various parts of the plant like flower buds, flowers, stem, stem bark, leaves, seeds, and roots are used in various indigenous systems of medicine. Since last many years this plant becomes very popular among the various ethnic groups in India for the curing of a number of diseases that's why in Veda, it is called kanchan (gold) 1.

Morphology: It is a deciduous tree having height up to 15 -20 m, Colour of bark is dark brown, branches are grey, leaves are 5-9 × 7-11 cm in size, broadly ovate shape, Flower buds are fusiform, smooth, subsessile. Petioles are 2.5-3.5 cm; Petals are white or with pink spots possessing shape obovate or lanceolate 2-5.

Traditional Uses: Kachnar is well described in ancient Indian science of life known as Ayurveda, and its stem bark & flowers are used as medicine in various formulations. Its bark uses in many disorders like Gandamala (Lymphadenopathy), Galaganda (Goitre), Arbuda (Tumor), Ashthila and Kapha-Pitta dosha disorders whereas flowers possess Pittaghna (Pacify pitta dosha), Rakta Pradaraghna (treats dysfunctional uterine bleeding), Kaasghna (cough treatment) and Kshyaghna (Anti tubercular) properties. However, it is also practiced in the treatment of various carcinomas. Kachnar i.e., Bauhinia variegata is a very popular plant species occurs in Himachal Pradesh. The buds of Kachnar are cooked and eaten as a delicious food known as “Karalen Ki Sabji”. People eat Kachnar buds seasonally when available with the celebration and happiness. Kachnar buds are also taken by peoples as vegetables in the North-eastern part of the country 3, 4. A systematic review of the medicinal importance of Kachnar plant is missing despite its wide use in Ayurveda and cultural importance.

Ecology: Kachnar is a plant that requires tropical and subtropical climates and grows in summer and mild winter season. It requires a lot of light and good drainage. Extreme cold conditions destroyed the leaves of seedlings, but the seedlings recover during the summer season. It grows well at an altitude of about 1700-2000 meters, temperature range 10-45 ºC and rainfall 400-2200 mm. Kachnar can grow in a wide range of soil, but it mainly required rocky soil and sandy, loamy soil with good drainage. 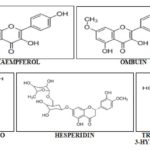 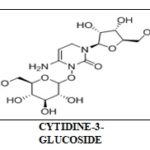 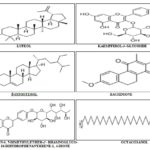 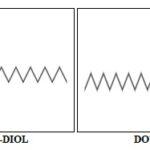 5. Seeds the petroleum ether extract of the seed yields 17 percent fatty oil 13. Seed also contain the essential amino acids such as lysine, methionine, isolucine, valine, threonine, lucine and phenylalanine. The colour of the fatty acid oil is yellow and the composition is as follows 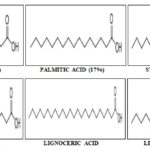 Other uses of Kachnar: 30 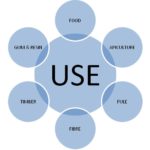 CONCLUSION: In this article, authors reviewed the relevant properties such as pharmacognostical, phytochemical, and pharmacological information of B. variegata. A critical analysis of the literature revealed that this plant contains different constituents that are responsible for various activities.

The present review of the literature revealed that the plant is having anti-diabetic, anti-inflammatory, immunemodulatory, anti-tumour, hepatoprotective, antibacterial, haemagglutinating, haematinic, anti-microbial, antiulcer, antioxidant, anti-carcino-genic, hypolipidemic and antitumour activities. This review study will help the Industrialists, researchers, students, and scientists for further studies on this plant.