ABSTRACT: The present investigation was designed to prepare immediate release tablets of gliclazide with the ultimate aim of reducing the time needed to obtain the peak plasma concentration. Gliclazide immediate release tablets were prepared by using superdisintegrants namely- sodium starch glycolate and croscar-mellose sodium. The prepared tablets were evaluated for weight variation, hardness, friability, and dissolution. Data obtained from in-vitro dissolution tests were employed to zero order kinetic model. All the data were in the acceptable range. Compatibility study was conducted using Fourier transform infrared spectroscopy (FTIR). The drug and all the excipients showed good compatibility.

INTRODUCTION: Diabetes Mellitus is a chronic, incurable disorder affecting a large number of populations worldwide 1. It is obvious that the occurrence of non - communicable diseases including diabetes mellitus is in the increasing trend, which if not managed properly, can result in clinical, social and economic complications. World health organization (WHO) has already conferred priority status to diabetes mellitus 2. Of equal consequence is the increasing prevalence of the disease and the long-term cost of therapy, because a diabetic patient has to live with this disease and have to use drugs for a lifetime of the patients from the time of diagnosis.

This results in a large cost in drug therapy to the patients as well as the government in economic terms 3. To lower the elevated blood glucose level of a diabetic patient, gliclazide is an effective oral hypoglycemic agent is a drug of choice when insulin therapy is inappropriate and diet, physical exercise, etc. cannot lower the glucose level.

Gliclazide is classified as a sulfonylurea. Its classification has been ambiguous as because literature uses it as both a first - generation 4 and second - generation 5 sulfonylurea. Gliclazide protects pancreatic beta-cells from hyperglycemia-induced apoptosis. It has an antiatherogenic effect in arteries in type 2 diabetes 6. Gliclazide is an oral antihyperglycemic agent. It has a wide range of use for the treatment of non-insulin dependent diabetes mellitus (NIDDM). It is in the sulfonylurea class of insulin secretagogues. It acts by stimulating β cells of the pancreas to release insulin. Basal insulin secretion and meal-stimulated insulin release can be increased by sulfonylureas.

Medications in this class are different in their dose, rate of absorption, duration of action, route of elimination and binding site on their target pancreatic β cell receptor 7. Gliclazide can decrease fasting plasma glucose, postprandial blood glucose and glycosylated hemoglobin (HbA1c) level 8.

Based on these considerations, an immediate release tablet is proposed to reach a high serum concentration in a short period.

Accurately weighed excipients and drug were mixed in mortar and pestle. Mixing was done carefully to mix all the excipients appropriately. After mixing, tablet compression was performed to form the tablet in direct compression tablet machine.

Measurement of Thickness: Thickness gauge was used to measure the thickness of the tablets. Five tablets of each batch were chosen randomly, and their thickness was measured. The average value was taken 9.

Measurement of Hardness: Hardness of the tablets was calculated by the help of Monsanto hardness tester according to the USP pharmacopeia.

Preparation of Standard Curve of Gliclazide: To prepare a standard solution, 10 mg of gliclazide was weighed accurately and was dissolved in 100 ml of phosphate buffer to solve 100 μg/ml. Then the mother solution of 100 μg/ml was diluted up to 100 ml. Serial dilution was carried on for ten different concentration ranging 0.5 μg/ml to 5 μg/ml. The absorbance of the solutions was measured at 226 nm in a double beam UV spectrophotometer. A plot was conducted showing conc. at X-axis and absorbance at the Y-axis.

Measurement of Dissolution: The dissolution test was performed in the USP II apparatus. 900 ml of 0.1 N HCl was taken as the dissolution medium at 100 rpm and 37 ºC ± 0.5 ºC. Five milliliters of aliquots were periodically withdrawn, and the sample volume was replaced with an equal volume of fresh dissolution medium. The samples were analyzed spectrophotometrically at 226 nm, and percent drug release was calculated.

Drug Excipient Compatibility Study: Fourier Transform Infrared Spectroscopy (FTIR) was performed in FT-IR 8400S Shimadzu spectrophotometer (30 mins with a range of 4000-500 cm-1) for checking any interaction between drug and polymer.

For this purpose, Fourier Transform Infrared Spectroscopic (FTIR) study was conducted for four samples which were gliclazide and physical mixture of gliclazide and excipients.

Physical Properties of Gliclazide Bilayer Tablets: Physical properties of all the formulated batches were measured Table 2, and all data were in the USP pharmacopeia range. 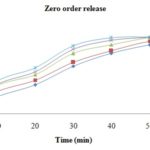 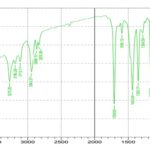 FIG. 2: (A) FTIR SPECTRUM OF GLICLAZIDE 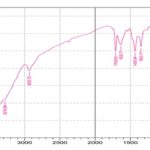 (B) FTIR SPECTRUM OF PHYSICAL MIXTURE OF GLICLAZIDE AND EXCIPIENTS

CONCLUSION: Antidiabetic immediate release gliclazide tablets were successfully formulated in the present study using super disintegrants. As the number of a diabetic patients is increasing alarmingly, commercialization of the investigated immediate release tablets of gliclazide will positively impact our society and economy.